Cindy: A new web series from the producer of Beetlejuice

Ever since I saw Amanda Palmer’s life-changing TED Talk about the power of asking, I’ve had a massive soft spot in my heart for indie projects. If I’d never opened my heart and embraced a new, independent path, The Boss would have never been written, let alone spawned an entire series. I’d still be waiting for an opportunity to come along for me, instead of making opportunities for myself. So, when Larry Wilson, producer and co-writer of Beetlejuice and writer of The Addams Family contacted me and told me about his independent web series project, Cindy, I was like, “Of course I’ll tell everybody in the entire universe about this, because you made Beetlejuice and gave my inner Lydia Deetz permission to weird out all over the place.”

Well, not exactly that. I didn’t want to sound like a weirdo. But whatever the actual wording was, it was juuuust about that creepy and fangirly.

So, let me give you the scoop on Cindy. Billed as a “happily never after” dark comedy, Cindy is a contemporary retelling of Cinderella set in a bleak world where reality television and magic collide. 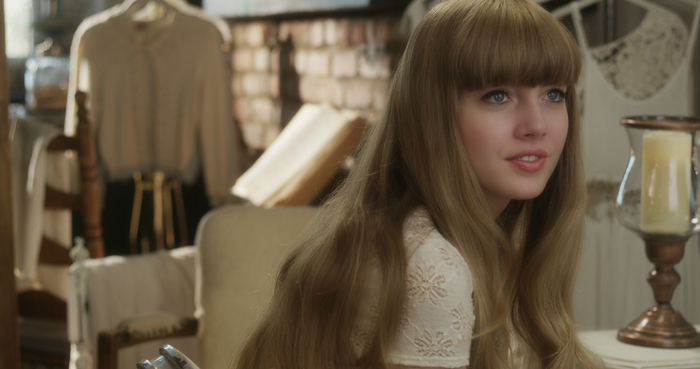 Cindy is a foster child (read: servant/personal assistant/au pair) in a dysfunctional reality TV family. Her foster mother, Rayveen, is the star of a hit reality show. Her “handsome prince” is a marbles-obsessed middle-aged guy. She has horrible and annoying “step-shits.” And a production assistant wants to make Cindy the next breakout reality television star… by filming her interactions with her magic dust addicted fairy godmother.

I’m really excited about this show, guys. But I have to admit, after watching the promo videos on YouTube, the character I’m dying to see more of is Tuesday, one of the twin step-shits:

I honestly think this girl is going to steal the entire show.

So, here’s the thing: Cindy is independent. They’re running a Kickstarter to help with the costs of producing the first season. They’ve got twenty-four days left, and they’re a little under halfway to their goal. They’ve got some really neat incentives for lower level donations, and if you’re a film buff, you can get some awesome autographed posters. Or, if you’re a high-roller and are intrigued by the concept, you can donate at the upper levels and receive an associate-producer or producer credit on the series, or private lessons in film writing from Wilson himself. Just in case any of you out there really are high rollers.

I know that not everyone can donate to this type of thing, so if that applies to you, but the project intrigues you, do the cast and crew a giant favor and share the Kickstarter or promotional videos on social media.

So, yeah. This is me, selfishly saying, “Help this happen so I can watch it.” In an effort to downplay this shameless self-interest, I’m doing another “Big Damn Self-Promotion Post.” Go there and leave info about your projects, your kickstarters, your blog, whatever you want to promote.

Okay, everybody! If you count time the way I do, we just did one of these “the other day” (keep in mind, I recently said that the Challenger disaster was “the other day”). But in real people time, it’s been a while. Use the comments section to promote your indie projects. Your bands, your blogs, your movies, your books, your Kickstarters, your Etsy shops, anything that you produce independently and want to share with Trout Nation, post it in the comments. Give us a few sentences or paragraphs so we know what we’re looking at it (no links just left out there in the raw, please) and promote all your projects in one comment.

Don’t have an indie project to share? Browse through the comments. You’ll find some amazing stuff, because Trout Nation is full of interesting and creative people.

Since I promote my own projects all the time, this time I’m going to promote an indie band, Overly Polite Tornadoes:

Mark Morris and Holly Klutts-Morris are already in another awesome indie band, Glowfriends (You may have heard their music on MTV’s Teen Wolf ), and they also happen to be my cousin and her husband, so I think they’re pretty darn neat.  You can download their album for $5 at the link above, and it’ll be worth every penny if you’re into introspective, chill music.

All right, everybody, GO!