In case I haven’t mentioned it four hundred and thirty times, I’m going to be on The Steve Harvey Show tomorrow,  talking about body positivity. What I haven’t told you (because I was waiting for this post) is that I wasn’t the only woman out there speaking up for large ladies. Fifteen amazing, inspiring, brave women were there, too: 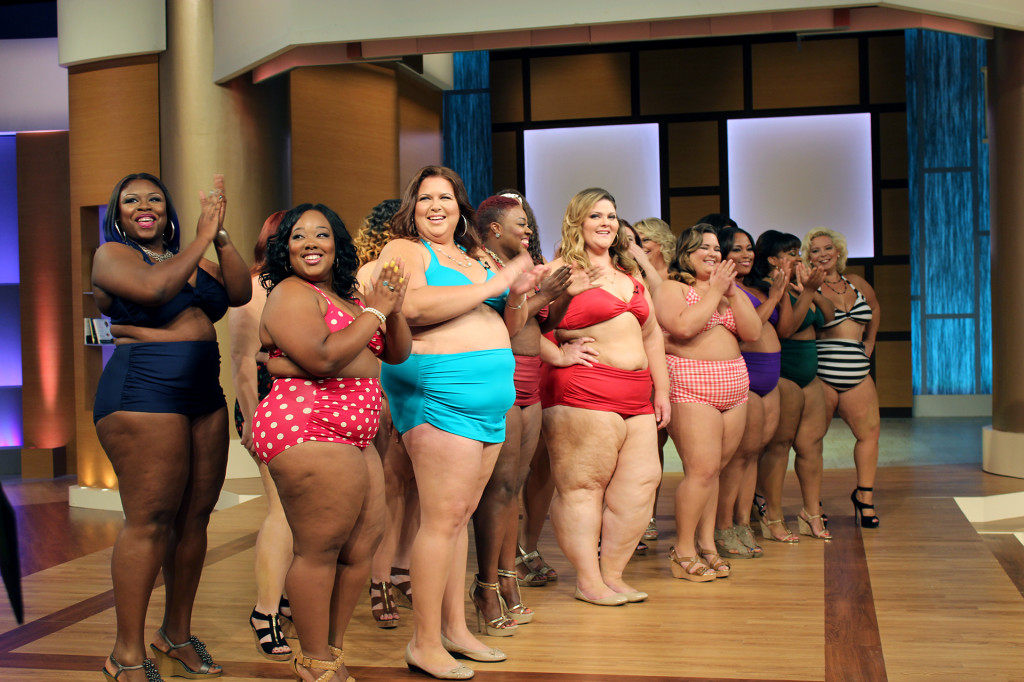 These gorgeous ladies were there as part of a life-changing surprise; I had no idea that they would be there, and that they had come because of my Huffington Post essay on wearing a bikini. I was told that I would be interviewed by Mr. Harvey, then take questions from the audience. Instead, after the interview, these fantastic women came out, to wear two-pieces for the first time, on national television, and to tell me that I inspired them to do it.

Look, y’all. I wore my bikini to an ice cold beach. They went on TV.

I better step up my game.

Fifth from the left, in the red bikini, is Michelle Landriault, a plus-size model and blogger from Chicago. She took the challenge, and became one of the fifteen women who made me weep on TV. Today, I’m welcoming her to Trout Nation, to tell us about her experience.

Michelle also interviewed me for her blog, and you can read that here.

So, get to know Michelle after the jump, and if you get The Steve Harvey Show in your area, check your local listings and tune in on Friday, October 17th!