This is so exciting, guys. SO exciting. For the first time ever, I met a Buffy The Vampire Slayer cast member. I ALMOST met K Todd Freeman (Mr. Trick) once, but  fate was not on my side that night and I ended up standing outside the stage door of Wicked in Chicago clutching my season three DVDs for nothing. So when I found out that Amber Benson was going to be at The Novel Experience Event in Las Vegas, I was so excited. And also afraid that I would fangirl out and make her run away.

Guys, if you get a chance to meet Amber Benson, meet Amber Benson. She is a wonderful person who is genuinely grateful for fans of the show (the selfie above? Was her idea. After I told her I do a Buffy recap on my blog, she said, “We should take a selfie together. Do you want to?”). I was worried she might think I was being weird because she wast there to promote her books and I was bringing up the show. That couldn’t have been further from the truth. She loves the show as much as the fans do (she called it “like crack,” which I think is an apt description except I had a roommate who smoked crack and watching Buffy smells much better),  and best of all, loves writing fiction. 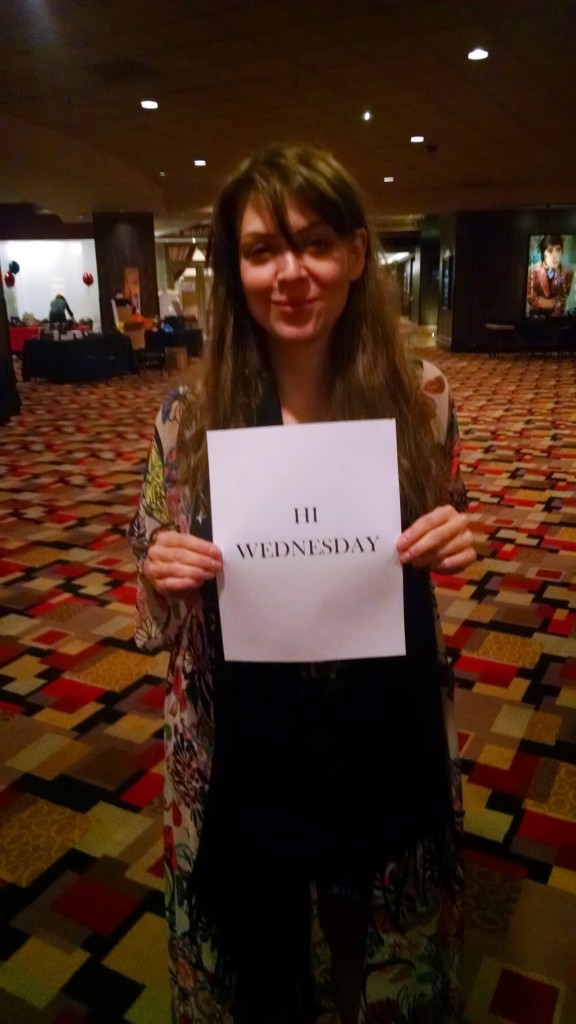 And autographed a book for her, writing, “To Wednesday: I promise that I am not dead on Buffy! Just sleeping! [heart] Amber.”

Amber’s latest book, The Witches of Echo Park, is available now (it’s available at all retailers, but here’s the Amazon link), and I highly encourage you to check it out. Her writing is just as fabulous as her acting and her general in-person awesomeness.

Okay, so, onto the recap for real, after the “read more” link!