#LegionXIII Rome watch along S01E11, “The Spoils” or “An Officer And A Gentleman”

Quick rundown of the episode: Pullo has become a the happy humming murderer, in the employ of Erastes Fulmen. He’s spending his days basically murdering and getting high. Meanwhile, Vorenus is doing his magistrate duties, which clearly bore him. A friend from the XIII is back in town to cause trouble. And basically everyone feels the Vorenus family has forgotten that they didn’t used to have such a nice apartment with so many slaves, including the soldiers who served with Lucius, who now want a reward from Caesar for helping make them emperor.

There is a lot of controversy over a new chair Caesar bought. Oh, and the fact that he’s now officially dictator for life. There are drawings all over the city of Brutus stabbing the shit out of Caesar, and basically all Brutus’s mother’s friends are like, “You probably need to stab Caesar.”

Atia throws a party, and Caesar invites Niobe, who shows up in a dress Atia describes as “vulgar”. The shine is coming off the whole “my husband, the magistrate” thing for poor Niobe.

Pullo murders a guy in broad daylight and gets caught, so he ends up on trial. Which isn’t great, but there’s nothing anybody can really do about it, since the guy he murdered is openly anti-Caesar, and if Octavian or Vorenus or Caesar himself intervened, it would look like Caesar is getting his fingers into the criminal justice system to off his political enemies. Pullo’s lawyer is crap, so he’s condemned to the arena. At first, he refuses to fight, but the gladiators provoke him by talking shit about the XIII. Then he becomes an absolute killing machine. Vorenus watches tearfully from the sidelines, until it’s pretty clear Pullo isn’t going to beat the final boss. Vorenus charges into the arena, finishes the boss battle, and helps Pullo out.

Caesar decides that since Brutus is depicted as his assassin on literally every wall in Rome, maybe it’s a good idea to send Brutus to Macedonia. They have a huge fight, and Brutus tells Caesar there’s no way he’s going to be sent away to Macedonia for a year. He goes home and tells him mom that, yeah, it’s time to kill Caesar.

My favorite part of the episode: How does one even get over Vorenus storming into the arena to rescue Pullo? Or the pain on Vorenus’s face as he’s watching his friend somehow manage to take on gladiator after gladiator.

My least favorite part of the episode: Brutus’s turn to the dark side (or light, from a certain point of view). You know it’s coming, but I felt like Brutus’s arc didn’t get as much attention from the script as other characters did, and his is arguably one of the most interesting storylines in the show. I wish we could have seen his motivation develop more gradually, and in more than one or two scenes per episode.

Favorite costume:  Niobe’s dress. I don’t see what’s wrong with it, either. 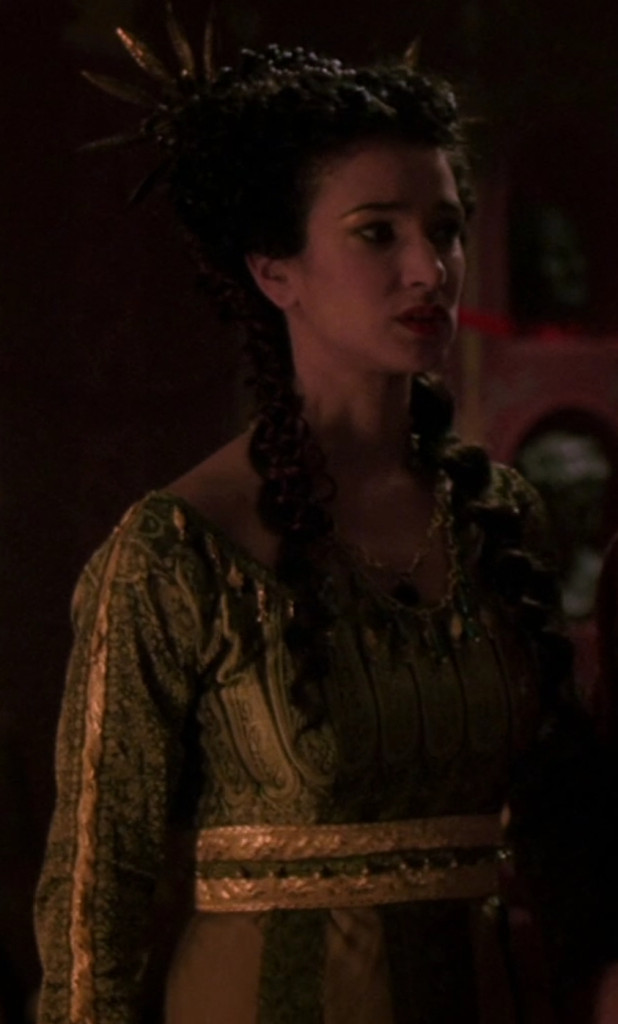 Team Atia or Team Servilia: Atia, because she’s banging James Purefoy again, which makes her the winner, no contest.

What was said (I think):“they see my wretched name”
What I heard: “They see my erection” #LegionXIII #Misheard

What hairdo or costume would Bronwyn steal? I don’t know that she would steal any of these costumes, necessarily, but I’m betting she covets many of the fine textiles in this family portrait: 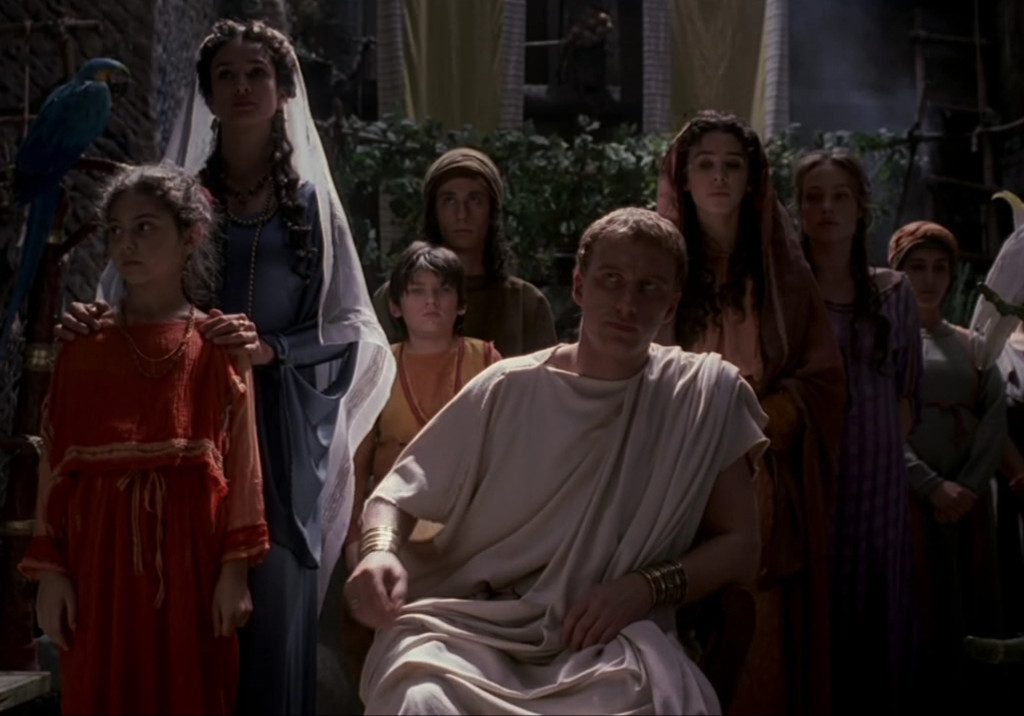 Guess Jess’s head canon. The Jarmada sailed, every ship with its sails unfurled, during the arena scene and Pullo’s subsequent rescue.

Now go check out Bronwyn’s and Jess’s posts, and join us Monday at 9 PM EST for season one, episode eleven, “The Kalends of February”. Tweet to #LegionXIII to join us!