Now, you may not have picked up on this (because I’m so subtle about it), but I love Doctor Who just a teensy little bit. 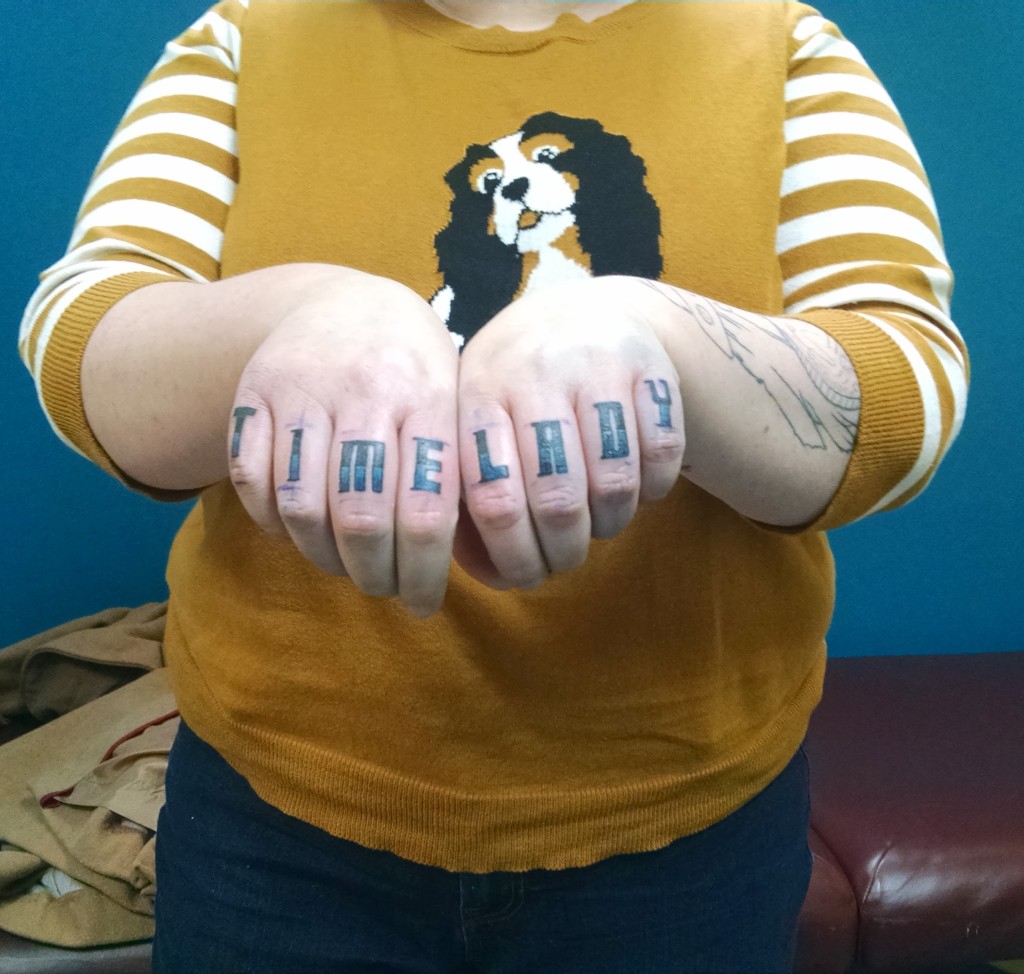 So much so that, in addiction to mutilating myself in tribute, I also legally changed one of my middle names to Gallifrey, the Doctor’s home planet.

Friday was my birthday, and my friend Petra (who comments on this blog, you’ve probably seen her around) and her son, Connor (who know of my love for The Doctor) had a connection who could make my entire birthday:

When I first saw this in my Twitter DMs, I was like, “Oh, cool, Petra sent me a video of Peter Capaldi.”

Then he said my NAME.

The screaming, the shouting, the running around. Everything was high pitched. It was beautiful.

So, first of all, I’m going to say that Peter Capaldi? Is a freaking stand-up guy. He didn’t have to do this. He was at work, he had other things on his mind. But he did it anyway, for a fan. That’s how much he cares about Whovians. He had the opportunity to make a stranger who loves his show happy. What a great dude.

This was one of the most thoughtful birthday surprises ever, and I’ve only watched it about a billion times. The best part? He says I went to the Academy. So, basically, I’m an official Time Lady. I’m insisting this is canon. Fight me.

You can all refer to me as The Author now.