In Handbook For Mortals news this week, I visited my local Barnes & Noble, hoping to get a glimpse of the twenty-three-hour #1 New York Times Bestseller in the wild.

I started in Teen Fiction, but I couldn’t find anything between Sáenz and St. Claire: 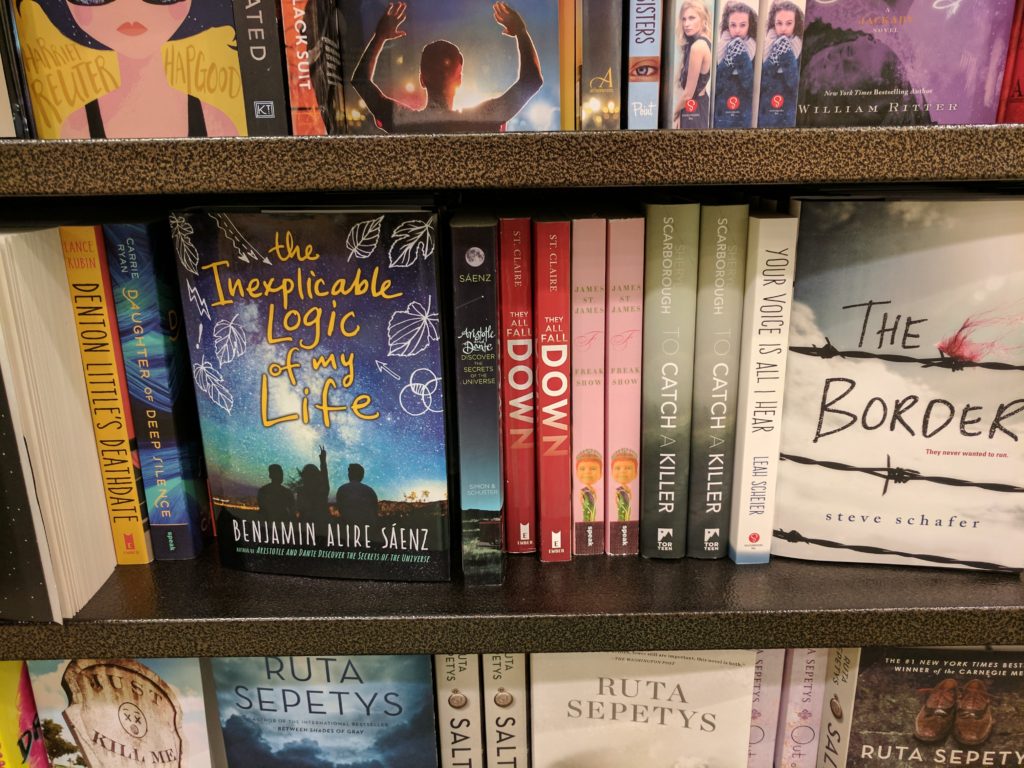 But obviously, a bestselling YA phenomenon with a major motion picture in the works wouldn’t be on the same shelves as just any old YA. I decided to check the endcap. 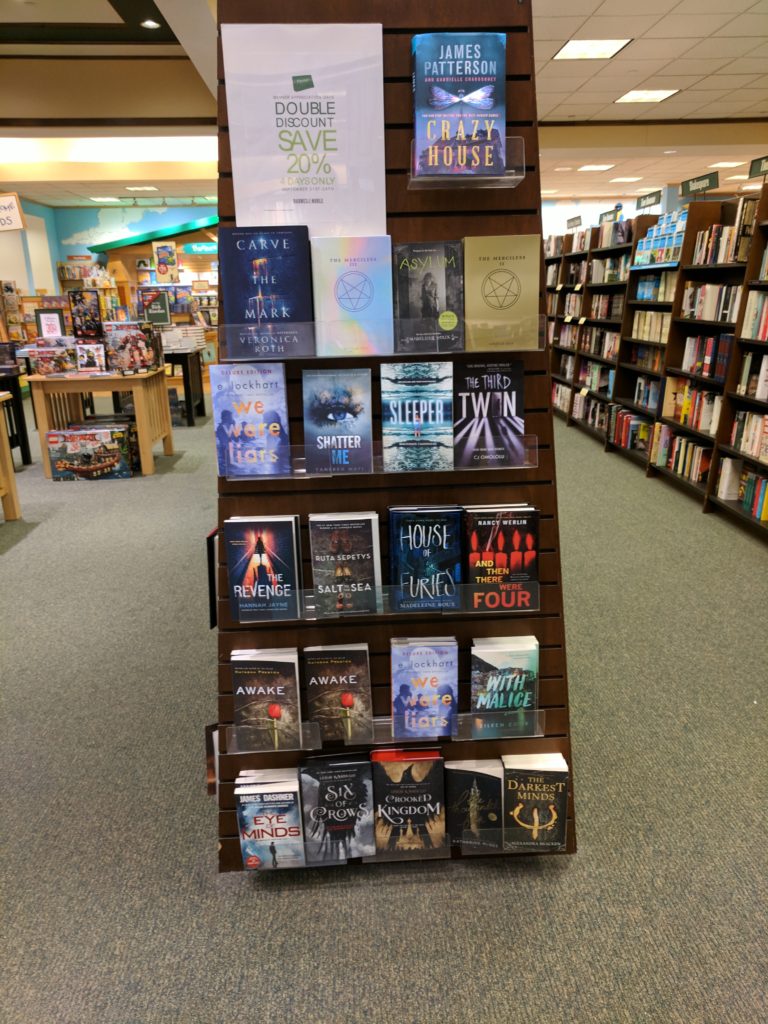 That’s when I saw the table full of “must read” books for teens: 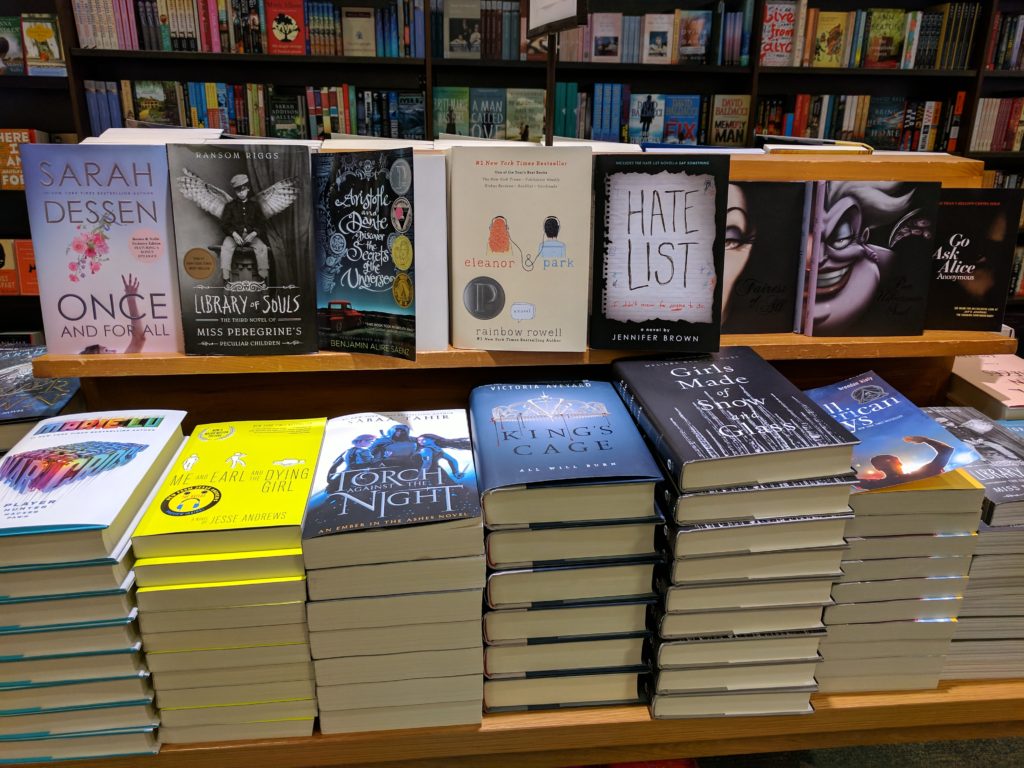 Well…maybe it was on the other side? 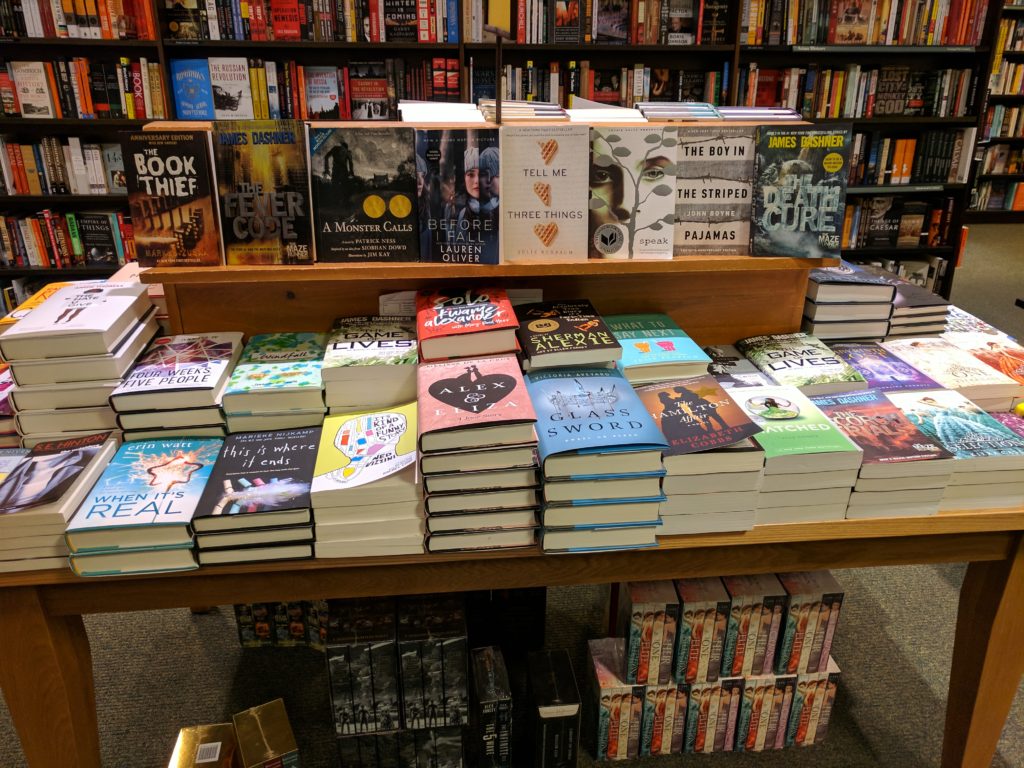 As I did another perusal of the Teen section, I realized I’d checked in the wrong spot, originally. Clearly, Handbook For Mortals belonged in Teen Fantasy & SciFi. I took a look.

Obviously, what had happened was Handbook For Mortals had sold out completely. I went to the info desk to see if they could tell me where all their copies had gone. The guy there had never heard of the book.

Someone working at Barnes & Noble had never heard of the #1 New York Times Bestselling novel Handbook For Mortals? But what about any publicity being good publicity? This employee had no idea about the controversy making this book so talked about, and said no one had ever come in looking for Handbook For Mortals, at least, not while he was working. He told me he could order it and showed me his computer screen, where about 2,500 copies were available from Ingram warehouses. For a New York Times bestseller, Handbook For Mortals doesn’t seem to have that many extant copies.

Let’s head into this chapter, which is going to actively try to gaslight you before the end.