Jealous Haters Book Club: Handbook For Mortals Chapter 15 The Tower or, “The first time the card in the chapter title was actually applicable to what happens in the plot” (Part One)

I’m cutting this chapter into installments, as the recaps will be long. Because there is…a lot.

When we last met, Lani Sarem had just clearly purchased five-star reviews on Amazon and GoodReads in some kind of weird bid to…I don’t know. I have no idea what she felt a hundred or so five-star reviews were going to do for her clumsy scam six months after the fact, but she did it.

At least one of those five-star reviews was real, though, and author Heidi Heilig (The Girl From Everywhere, The Ship Beyond Time) happened to notice something…interesting about two books that were reviewed by the same account: 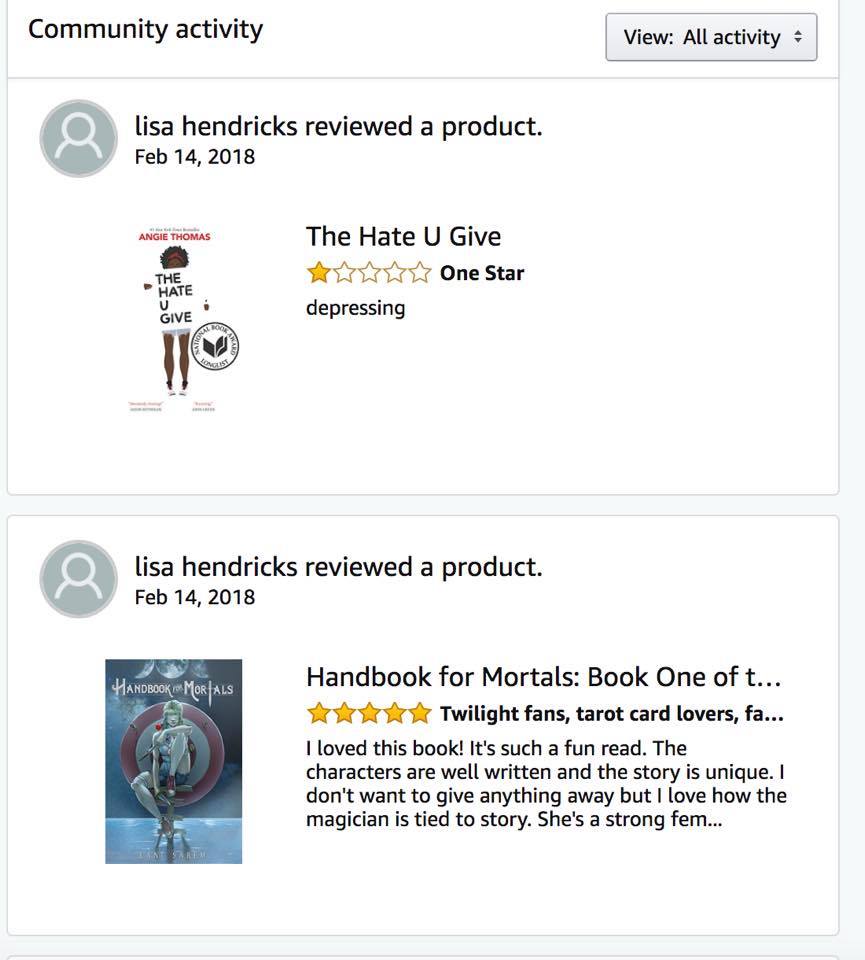 Since you can’t read the entire glowing review from the screencap, this is what Hendricks has to say about Handbook For Mortals:

I loved this book! It’s such a fun read. The characters are well written and the story is unique. I don’t want to give anything away but I love how the magician is tied to story. She’s a strong female protagonist and I love that about it but it’s just a cool story. I can’t wait to see what happens in the next book and I’m also stoked for the movie. The chapters being based off of tarot cards is also fun and if you are into tarot and magick this is your kind of book. It’s cool that it’s set in modern day. I like fantasies but get overloaded with complicated lands and names and I really don’t like dystopian. I know there was also this hubub about if it is or isn’t YA…seriously? who cares…It’s clearly meant for girls who are teenagers to read and have someone to look up to and if you are older you can still relate…I think it’s weird the only ones that care about that seem to be actual adults who aren’t “YA” either if we are saying that’s 13-18 year olds…I think this is a great book and if you are into THIS kind of thing you will love it…if you aren’t then of course you might not love it but stop hating on those that do.

So what. Lisa Hendricks has bad taste, right? That’s nothing to do with Lani Sarem. After all, they are two very different books and not everyone is going to like every single thing, right?

Except, you may remember from, oh, this entire fucking time that Lani Sarem has had it out for Angie Thomas ever since Handbook For Mortals was removed from the New York Times bestseller list and The Hate U Give was returned to its rightful spot. From the legendary “It’s not my fault that Angie is black!” comment to the fact that she has continually alleged that forces behind The Hate U Give have sabotaged Handbook For Mortals out of jealousy, Lani Sarem cannot stand to see Angie Thomas authentically achieving something that Sarem feels should have been handed to her just because she wanted it.

Still, how is Lisa Hendricks connected to all this?

She’s thanked in the gargantuan and self-congratulatory acknowledgments section of Handbook For Mortals:

To Lisa Hendricks for being my second mom, and for more things than I could ever write into words. Some girls need more than one mom, and lots of guidance, and I would probably be curled up on the side of the road somewhere if it weren’t for you. Thank you for letting me make your home mine, for being the voice of reason, for just being awesome, and for showing me who I should always strive to become.

Lisa Hendricks one-starred a book about a black teenager who sees her best friend shot by the police as “depressing” and it just happens to be the book that was knocked out of and later returned to the coveted #1 spot on the New York Times bestseller list during this fiasco, and she’s the person who shows Lani who she should strive to become? Checks out. Your work here is done, Lisa.

In case you remain unconvinced that this is a personal strike on Sarem’s behalf, Hendricks has only reviewed three things on Amazon: The Hate U Give and Handbook For Mortals on February 14, 2018, and then a camera tripod four years ago.

Though Sarem didn’t offer an explanation as to why these reviews suddenly started popping up (and she didn’t disavow a relationship with Hendricks, which to be perfectly honest, I thought she would do despite the overwhelming evidence that she does know her), she did make it very clear that Heidi Heilig’s grasp on reality would not be tolerated: 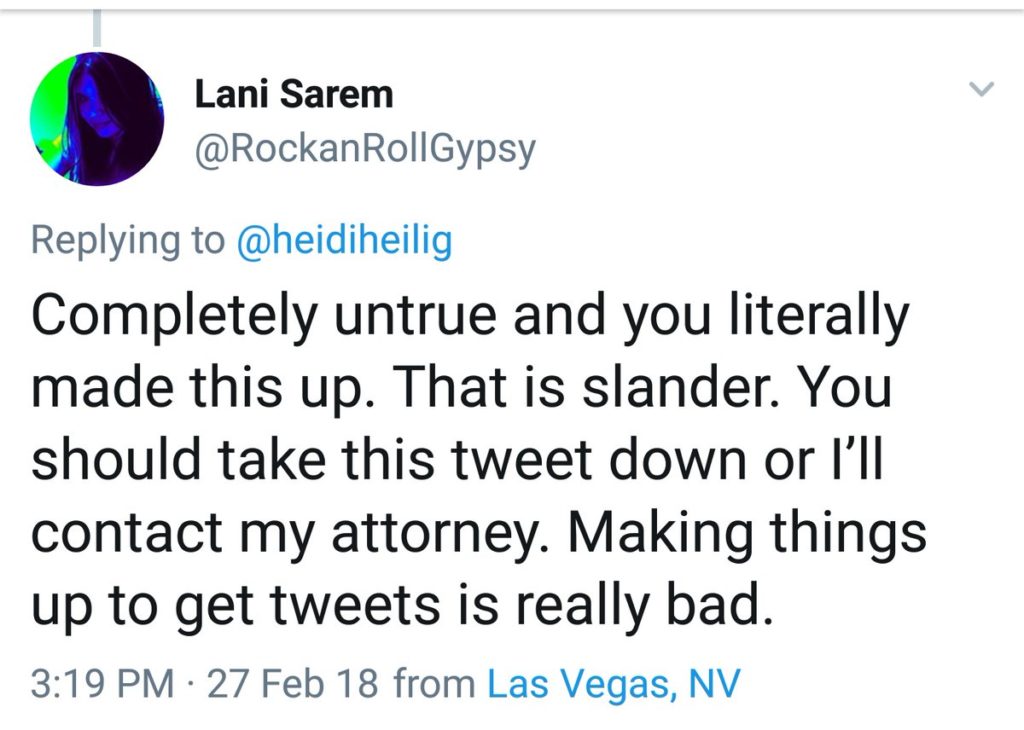 Making things up to get tweets is really bad. Making up sales, reviews, celebrity connections, that’s all totally okay. But taking screenshots that clearly show the truth is really bad.