It’s almost 2019, everyone. Time to start setting those goals for the year!

Caitlin Doughty of Ask A Mortician fame announced last week that 2019 would be her “year of ambition.” And I was like, right on, I want it to be my year of ambition, too! And then I was like, wait. I’m always ambitious. It’s like…the organization and goal setting and shit that I’m bad at? And then I get to the end of the year and go…holy crap. Holy crap, I don’t remember doing anything this year.

One thing that has always helped me is keeping track of my progress on goals. Duh, Jenny, everyone likes to see a visual representation of their measurable progress. I know, I know. But sometimes, we actually need people to remind us of this. In 2019, let me be your reminder, oh Trout Nation!

You can download the Big Damn Writing Tracker 2 here. Don’t have Excel? No problem! Download the file and you can import it into Google Drive. Just create a new spreadsheet through Google Sheets, click on the file menu,  select import, and the Big Damn Writing Tracker 2 will fill itself in. However, in the Excel version, the formula cells will be locked, but in the Google Sheets version, they won’t be. So, be careful not to erase or re-enter anything in the formula boxes. If you’re working on Excel, this won’t be an issue; you won’t be able to click on any protected cells.

And hopefully, I didn’t accidentally leave my own information plugged in.

I also created a video that is a little hard to see (sorry), so you’ll probably want to embiggen it. I apologize that the CC are only half-corrected; I had some computer issues crop up while I was about two minutes deep into the CCs. The rest of them are unedited YouTube garbage and I’m super sorry about that.

I hope this helps everyone and I also hope that this blog will remain on schedule while I struggle with this whole computer thing! Cross your fingers! 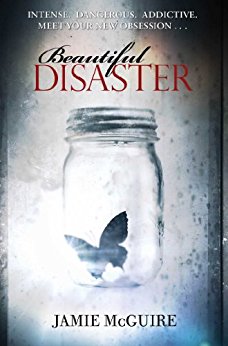 A quick note before I start the recap proper: I notice that a lot of people in the comments will say stuff about how terrible it is that I’m enduring this book. Please, don’t worry about that. Nobody has a gun to my head forcing me to write these recaps (although sometimes I’d get them done faster if that were the case). The Fifty Shades of Grey series really did take a toll on my mental health, culminating in me noping the fuck out of Grey. But there were a lot of factors at play at that moment in my life, in my industry, and in pop culture overall that contributed to that. When I blogged Fifty, it was inescapable. So, I’d put in eight hours on a recap, go get on social media and everyone was discussing it, try to watch TV and there were ads for it, interviews with the “author”, eventually there were movie trailers, and if I opened my inbox there would usually be forty to fifty emails about whatever piece of breaking news had developed about it. Fifty Shades of Grey wasn’t just in the zeitgeist, it was the zeitgeist, and it was the inescapability coupled with the mindless proselytizing about how it was going to fix women’s sexuality forever that drove me into the ground.

Beautiful Disaster was never, and will never be, as relentlessly famous as Fifty Shades of Grey. It’s steeped in misogyny, the plot is unbelievable, the writing is atrocious and the characters are intolerable, but that’s all this experience really has in common with Fifty Shades.

Plus, this isn’t a four-year undertaking. I’m sure as hell not going to read all the other Beautiful books.

So, chins up, everyone, don’t worry about this taking any kind of mental toll on me. I’m actually really having fun on this one, just because it’s riding the line of hilariously bad/infuriatingly stupid that makes it easy to mock.

That said, this “fun” recap has all sorts of rape discussion in it. Heads up.

The super nice thing about these recaps is that there’s no news to frantically keep up on. Except for news that happens in the comments. It seems a fair number of you are building an elaborate conspiracy theory in which this is Lady and The Tramp human AU fanfic. I don’t know how I’ll ever recover from typing that sentence.

I’ll add a disclaimer here that if I don’t point out a specific typo or error in a quoted passage, it’s not in the actual text. It’s just my butterfingers and I’ve overlooked it in the spellcheck.

Well, here we are again. I guess it must be fate, etc. I was going to try to make that into a Peter Cetera joke but I couldn’t ultimately make it land. I’m almost 100% sure that half my readership wouldn’t get it, anyway, because I am a thousand years old. And I am also 100% likely to have made that joke before.

We find ourselves at the beginning of yet another Jealous Haters Book Club selection. Now, before we get started, I would like to remind everyone reading this that I did not pick this book. The people of Trout Nation nominated and voted for it. I am putting this disclaimer here because someone warned me that the author has diehard fans who will come in droves to attack me, but honestly, do any of the big name pioneers of New Adult romance even have diehard fans anymore? Not even the E.L. James devotees are a mobilized army anymore. And aside from James, a lot of the New Adult authors who dominated the lists four years ago aren’t even hitting #1 in their very specific Amazon categories. New Adult isn’t dead (at least, I hope, because that’s what I’m writing next), but it’s not breaking down walls the way it did once upon a time. I can’t imagine these authors wield the same influence they once did.

Anyway, as I said, I really don’t like this author, her clique, or anybody having anything to do with her, but this wasn’t my choice. Especially after reading one of her other books. That said, I went into this trying hard to be objective. Almost contrarily so. Because so many people insisted to me over the years that this book is terrible, I was sure they were all exaggerating.

Let’s get into the first chapter, which yes, really is titled “Red Flag.” So, at least the author appears to be cognizant of what she’s doing.

Does that make it worse?