Quick rundown of the episode: Because this show is incredible, season two starts directly where season one ended, with Caesar dead on the senate floor. Brutus is traumatized as fuck by the horrible thing he just did, but his horrible mother is like, that’s my boy. And speaking of dead on the floor, Vorenus is still cradling Niobe’s dead body. His kids and sister-in-law come home and find him violently shaking his “grandson”, and he realizes that his entire family has been in on the lie. He beats Vorena the Elder, curses her, and spits on her, then throws a curse on everyone just to be thorough. Then he staggers into the street, where some old guy headbutts him into unconsciousness. Meanwhile, Mark Antony has to run from murderers, and Posca has to try and get Caesar’s body through Rome for a proper burial or whatever.

Timon goes to Atia with a bunch of men to try and protect the house, and she’s super happy to see him. He’s feeling pretty heroic, until Mark Antony shows up in a full-on fury, and Atia is all, thank god you’re okay. Sorry, Timon, it ain’t never gonna happen. Antony wants Atia and Octavia and Octavian and Calpurnia to leave the city, but Calpurnia isn’t fucking budging. She wants the will read and all the funeral stuff wrapped the fuck up. But when they find out that Caesar has named Octavian his heir, shit gets complicated. The city isn’t celebrating the death of the tyrant, Mark Antony points out to Servilia and her little band of murder plotters. Octavian has figured out a really bad loophole in the “murder Caesar” plan, which means he gets to keep all the money Caesar left him. If Caesar was a tyrant, all his senate appointments are void, because they were unlawful acts of tyranny. So they’ll have to have general elections. Since the conspirators have a lot to lose if that happens, they’re forced to step back the whole tyrant thing and enter into a truce with Antony, who then uses Caesar’s funeral to whip up a lot of pro-Caesar sentiment.

Pullo and Eirene get dirt married, even though he murdered her boyfriend. Their honeymoon is cut short when they find out that Caesar is dead, and then things get real unromantic when they return to the Aventine to find that Niobe is dead and Vorenus’s kids are missing. Erastes Fulman took them. Vorenus and Pullo kill all of Fulman’s men and hold Fulman hostage long enough to learn that he raped the children, murdered them, and threw them in the river. Vorenus decapitates him and carries his severed head like a bowling bag through the Aventine.

My favorite part of the episode: When Calpurnia spit in Servilia’s face, and then spit in her face again. Oh, also, when Brutus says to Servilia, “You too, mother?” What a fucking amazing choice that line was.

My least favorite part of the episode: I really didn’t enjoy the fact that, after Antony has raped a slave, they depict her as looking all sexy and satisfied.

Favorite costume: Atia’s funeral outfit, because she looks like an Aerosmith video girl in 1997.

Team Atia or Team Servilia: Team Atia. She’s the mother of the richest man in Rome.

BUT WHAT ABOUT THE KIDS????? #LegionXIII

What hairdo or costume would Bronwyn steal? Bronwyn has massive hair envy, so I know Atia’s long in-mourning hair had her gnashing her teeth with jealousy. 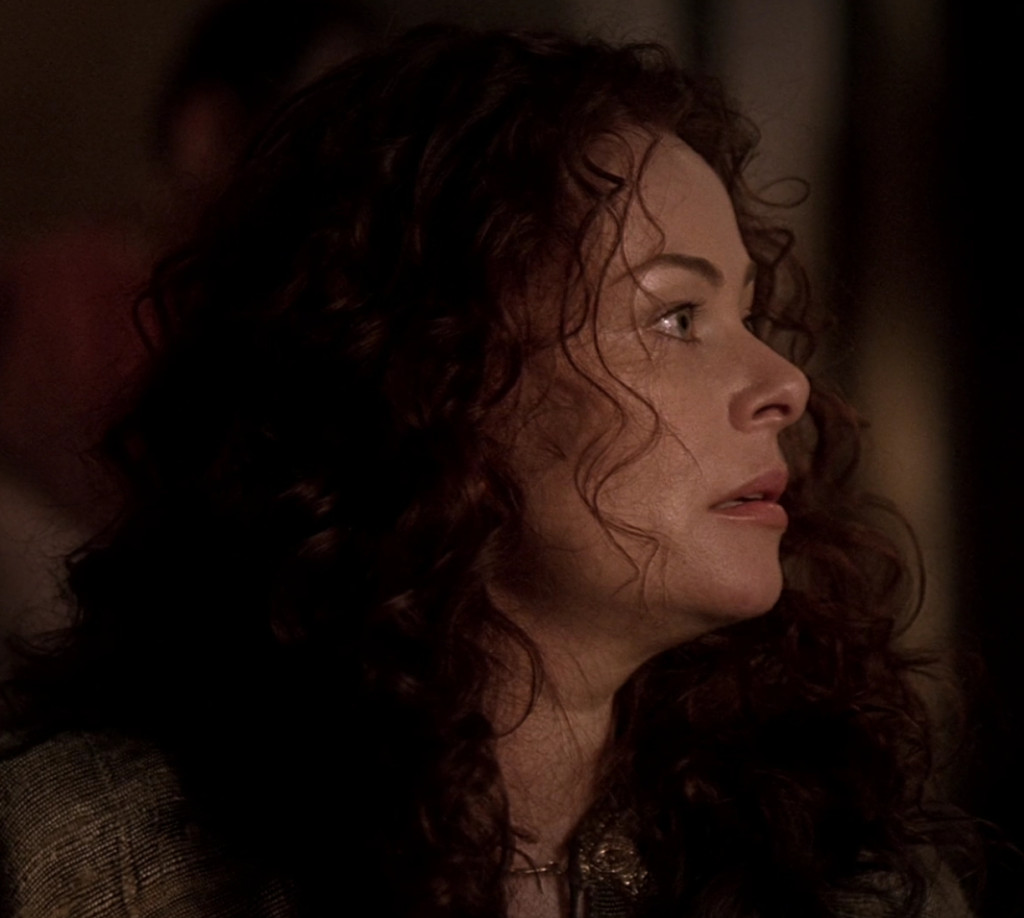 Guess Jess’s head canon. Oh man, I know for a fact she’s a sucker for strong, wounded male characters being healed emotionally and physically by another strong male character, so the Vorenus/Pullo arc is really hitting every branch on the slash tree for her at this point.

Now go check out Bronwyn’s and Jess’s posts, and join us Monday at 9 PM EST for season two, episode one, “Passover”. Tweet to #LegionXIII to join us!