After is on its way to becoming the next 50 Shades

Well howdy there, friends! What would you say if I told you that we were living in a circle of hell that Dante Alighieri couldn’t have imagined in his deepest fever dreams? Okay, well, does your answer change when I tell you that Anna Todd’s After has been acquired by Simon & Schuester’s Gallery Books in a mid-six figure deal? And then when I remind you that the fanfic already has movie rights? And that the author believes editing will ruin her process? Or that when you google the word “after,” not “after fanfic” or “after Anna Todd,” just the word “after,” the first result is her story and not the definition of the word “after”? What would you say then? 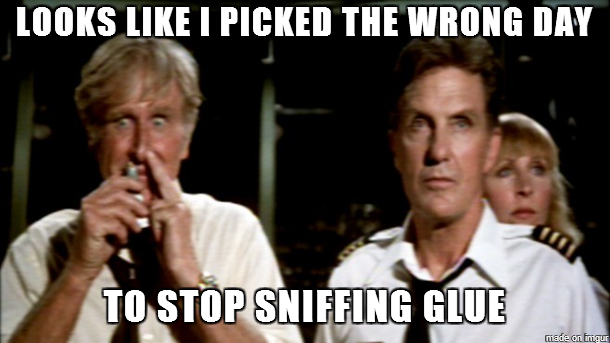 Look, it’s not that I dislike Anna Todd. She hasn’t given me the self-aggrandizing, victim-blaming bullshit quotes that E.L. James did over the course of the 50 Shades media shit storm. She clearly likes to write, and she’s dedicated to her readers– something E.L. James hasn’t exactly been praised for. There’s no reason for me to dislike Anna Todd. Not even her quote about not editing because it will ruin her story; I more or less just shake my head and murmur, “Oh, my sweet, summer child.” My hope for her is that, through the process of editing her fanfics for publication, she will become a stronger writer, and never again say that editing will ruin her work.

But if authors seem butt hurt when something like this happens, a lot of people say, “Well, you’re just jealous!” You know what? Yes. We are jealous. We’re jealous and we’re frustrated and we’re disappointed. We were told for years and years that the only way to succeed in publishing was to keep learning and developing our skills and to respect our work enough to let only the very, very best land in front of other peoples’ eyes. We were told that the only way to land a traditional publishing contract was to deliver a book that was already in better shape than 90% of what was on the market. To submit anything less would be futile. And with that comes the unspoken corollary: if your book does get published, it’s because it was already flawless.

So, aspiring authors spend thousands of dollars flying all over the country to go to conferences and workshops that tell them how to write one of these flawless books. They get up early and stay up late to grab time to write. They beg or pay people to read their manuscripts, so they can get them into publishable shape.

And then “tattoos are not expectable” winds up taking home a bigger advance than most authors can ever dream of receiving.

Believe me when I say that most writers truly do cheer for the success of newcomers. We don’t operate in a state of constant professional jealousy. Well, I mean. I know some who do, but fuck them. Most of us want to see everyone succeed, because there’s room for everyone at the table. But we get frustrated when we read stuff like this:

“Wilson, the acquiring editor, told PW ‘the book is very long, so we’ll edit it down and get to the core of the story. We’re committed to keeping the story people know but we want to reach traditional readers as well.'”

[Full disclosure for ethics’ sake, Adam Wilson was my editor at Harlequin for my last few books there. This story doesn’t have so much to do with him as it does with the recent trends in publishing, but I thought it would be honest to give a heads up.]

Furthermore, After lacks another crucial characteristic of what we have been told is a salable manuscript: rudimentary grammar and punctuation, two basic things authors have heard hammered home in lecture after lecture from publishing professionals. “We don’t want to see your manuscript until it’s been proof-read to perfection!” Well, then explain this bullshit, traditional publishing. Explain it.

Obviously, when a publisher sees potential money laying around, they’re going to grab at it. That’s business. But they don’t say, “We’re grabbing this for the cash! Whee!” They make statements like:

“Gallery Books is publishing the book fairly quickly. ‘[Publishing this quickly] is not for every book but we have lots of fan-fiction writers and we’re familiar with the Wattpad community,’ Wilson said. ‘We’ve learned to publish quickly when it comes to self-published authors.'”

See how that makes rushing an unedited manuscript with an aimless plot– “And then Steph makes me go to another party! Again! And I hate it! Again!”– sound like a special commodity that can’t be handled through the usual channels? They don’t want to admit that the bottom line is the bottom line here. No publisher is going to come out and say, “We will publish literally anything, no matter how bad it is, no matter what shape it’s in, whether or not it borders on plagiarism, e.g. 50 Shades of Grey. We will publish anything that we think will make us more money than it costs to print the book.”

Look, I’m not saying that I’m shocked. I’m a realist. But traditional publishing works very hard to convince aspiring authors that every book they sell was accepted and published based on merit alone, and only they are the arbiters of what is and is not “a book.” It’s how they sell their product, I get it. But if those authors had just known that it was okay to rewrite someone else’s entire series and change the names, they could have written 50 Shades of Grey. If we had just known that publishers wanted barely coherent boy band fanfic, we’d have all written barely coherent boy band fanfic.

This is a trap that a lot of commoditized creative ventures fall into; we can’t set out saying we want to make money, because then that means that what we’re making isn’t art, and that’s what we’re supposed to be in it for. Writers are supposed to create for our own pleasure, strive for perfection, and ignore the sometimes disheartening financial realities involved. We’re supposed to buy the line that the books that get published do so by being the best of the best the moment they’re plucked from the slush pile. And we’re supposed to do all this without any public expression of anger when something like After or 50 Shades of Grey achieves staggering success. Who does this model benefit? Not the authors.

I guess what I’m saying is, if you fart and blame the dog enough, eventually people realize where the stink is really coming from. If publishing is a business, then it needs to admit that it’s a business. It would make stuff like this way less insulting authors and readers.