Merlin Club S02E07, “The Witchfinder” or “Witchfinder General’s Warning: Smoke horses may be hazardous to your health.”

So, here’s a quick rundown of episode seven: After Merlin practically sky writes “I have magic, Uther!” in horse-shaped smoke above the forest, Uther sends for Tywin Lannister, who is a witch finder (hence the episode title), and Gaius is almost killed before Merlin and Gwen unveil the witch finder as a fraud who has been drugging belladonna eyedrops. They frame him for sorcery, too.

If I had written this episode, I would have changed: Because the show is about Merlin helping Arthur achieve his destiny, I would have worked that in a little more. It’s not that it’s not in there– Arthur does argue with his father several times. But it’s not as tied-in as it could have been.

The thing I loved most about this episode: Gwen is like CSI: Camelot in this one. She’s the one who figures out that all the witnesses to sorcery were women, and therefore whatever hallucinogen the witchfinder was passing out was in cosmetics.

The thing I hated most about this episode: Uther was pretty out of character, I thought. He lets the witchfinder talk all sorts of shit at him and he’s never like, “Hey now. Cool it.” And I get that he respects the guy’s ability to combat magic, but in any other episode he would have been like, “ONE MILLION YEARS DUNGEON!” and thrown everybody in jail.

Also, Leon was such a fucking worthless snitch in this episode.

Something I never noticed before: The thing about Gwen solving the entire mystery. Merlin gets all the credit from the storyline, because the show is named for him, but really, it was Gwen who saved the day.

Here is proof of some random headcanon I created: Nuthin this week. 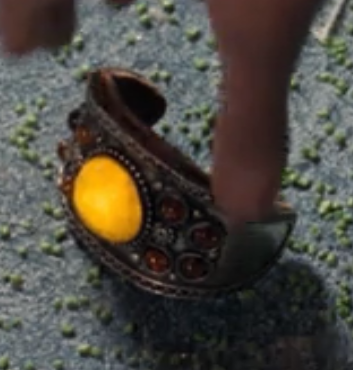 What Merthur moment did Jess have the naughtiest thoughts about? When the witchfinder declares Merlin a sorcerer, and Arthur is like, “What?”

That’s it for this week. Join us (minus me because I’ll be camping) on Monday as we watch S02E08, “The Sins of The Father” at 8pm EST on the hashtag #MerlinClub.