Another year has blown straight on by. Does anyone else feel like they’re careening toward the grave? Just me? I’ll call my doctor.

Last year, I made some resolutions. Let’s see if I kept them:

1. I did knit the 4th Doctor’s scarf. It took me eight months, but I managed to finish the scarf in the car on the way to Authors After Dark in Charlotte. It turned out fantastic: 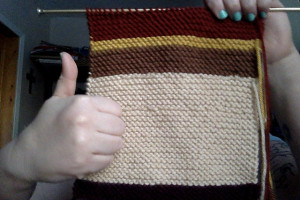 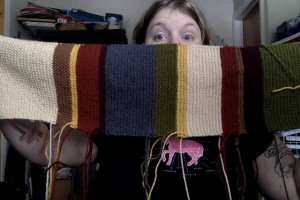 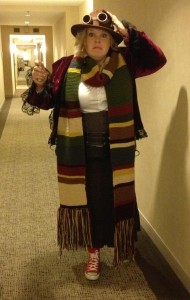 2. I spent more time doing fun stuff. In addition to knitting, I actually slowed down to read non-work related books, play World of Warcraft, spend way too much time on Tumblr, and, most excitingly (is that a word?) for me, I started learning how to draw. Here are some of my favorite pictures this year: 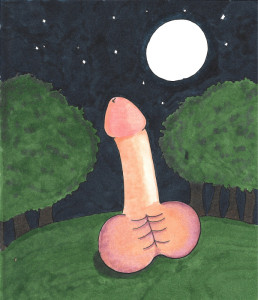 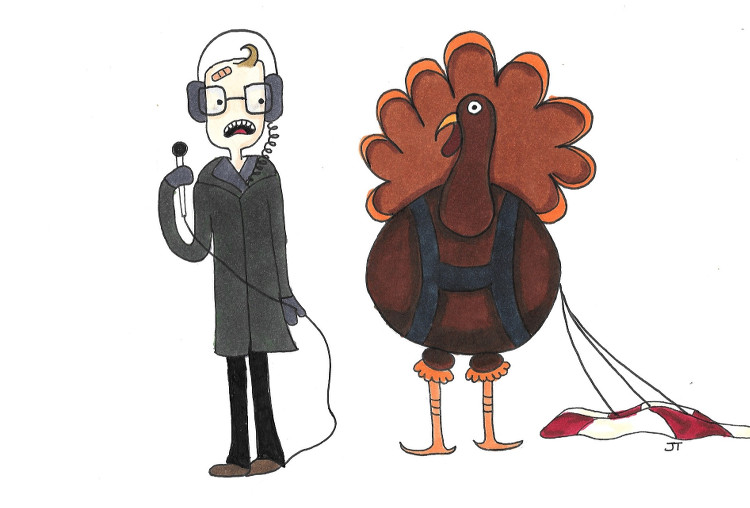 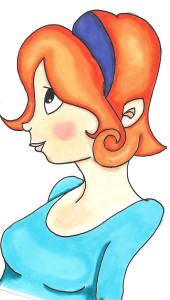 3. I stopped worrying about whether or not my house was spotlessly clean. I kind of fudged a little on this one by hiring a cleaning lady once a week, but I’m not kicking myself over the clutter and the utter nightmare of ripped up dog toys on the floor as much as I was before. 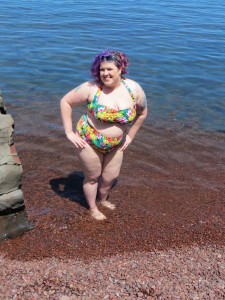 So, there you have it. I, Jenny Trout, achieved my New Year’s resolutions.

1. Write another goddamn vampire novel. For personal reasons, I don’t do much talking about about my pre-Jenny Trout work, but my career started with a series of vampire novels. My plate is pretty full with two series right now (and the addition of a third barreling down on me), but I desperately want to write some vampire YA. Mostly because if there’s a genre that’s losing steam, I want to be sure to jump on the tail end of it and make absolutely no money. But what I lack in business sense, I make up for in passion and dedication, and right now my heart is telling me that I want to return to some vampires. By the end of 2015, I want to either have completed, or actively begun work on, a YA vampire novel.

2. Run the Mackinac 8 Mile. I got lazy and stopped doing something that made me happy. I’m going to start again, and I want to celebrate my return to running in 2015 by racing around the beautiful shores of Mackinac Island.

3. Draw a tattoo for myself. This year, I’ve gotten tattoos that other people have drawn. I’d like to get a tattoo that I drew. I don’t know what it will be of, or even if I have the skill to pull it off, but I’m going to keep practicing until I get it right.

4. Legally change my name to Jenny Trout. Do you have any idea how liberating it’s going to be to go from eighteen letters to ten letters? My name will finally fit on forms. I might even change my middle name, too. If anybody has any good ideas, let me know. Maybe we’ll have a vote on it or some shit.

I’m only making three this year, because I have a busy schedule with three books to complete and tons of travel in 2015, but let’s see how it goes!