Sophie Scaife almost ran away once, trading her ticket to college for a ticket to Tokyo. But a delayed flight and a hot one-night stand with a stranger changed her mind, putting her firmly on track to a coveted position at a New York fashion magazine.

When the irresistible stranger from that one incredible night turns out to be her new boss – billionaire and publishing magnate Neil Elwood – Sophie can’t resist the chance to rekindle the spark between them… and the opportunity to explore her submissive side with the most Dominant man she’s ever known.

Unemployed, blacklisted, and pregnant, Sophie Scaife’s life is totally upside down. Her relationship with publishing magnate Neil Elwood is on the rocks. Her best friend’s career is igniting. And Sophie is afraid she’ll make one of the toughest decisions of her life alone…

When a devastating diagnosis forces Neil to return to London, Sophie throws caution to the wind to follow her heart across the Atlantic. Keeping a scorching D/s affair as red-hot in sickness as it was in health is a challenge, even for two lovers as inventive as Sophie and Neil. But Sophie is more than willing to try anything her Sir commands, and their fantasies of control become a welcome refuge from the daily stress of illness.

While Neil’s wealth and privilege make adjusting to her new situation easier, Sophie finds herself rebuilding her life around an uncertain future. And while both of them face the changes between them head-on, they’re all too aware that their happiness may be fleeting—and Sophie could lose Neil forever. 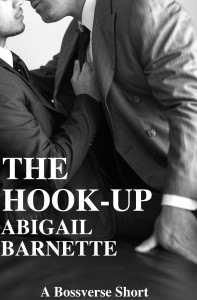 After cancer put a year of his life on hold, Neil Elwood is finally back where he thought he belonged, at the head of his media empire. But when the job takes him to London and away from his girlfriend, Sophie, he begins to reevaluate his priorities.

Neil isn’t sure what to expect when Sophie suggests a one-on-one night between him and their lover, Emir. When the two men have dinner together, sparks fly, and Neil recognizes a rare opportunity to give sexual submission another try.

Though taking charge is all he knows, Neil is willing to obey, at least for one night. Under Emir’s command, Neil discovers a whole new side of his sexuality, and he learns that sometimes, surrendering control can feel so, so good… 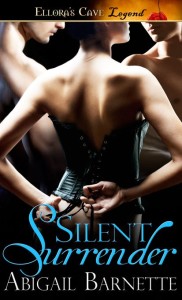 Five days and nights of wicked pleasures and fulfilled fantasies, almost within Honoria’s grasp. All she needs now is the man she has chosen.

Deaf from an illness in her infancy, Honoria knows that her life as a dormitory minder in a deaf school will be dull and lacking the opportunity to experience the kind of passion she has read about. With five days left until her ship sails from Plymouth to Calais, she has selected Esau Coal, a common dock worker, to be the man to introduce her to all the sensual delights she fears she’ll never have another chance to know. With the help of her tutor Jude, the man who has been her teacher, translator, friend and link to the hearing world, she arranges for Esau to spend five days and nights with her.

But five nights will not be enough—and neither will Esau, when Jude is also there to tempt her.