Merlin Club S02E13: “The Last Dragonlord” or “Did you really expect for this to not happen, Merlin?”

So, here’s a quick rundown of episode thirteen: Setting the dragon free does not turn out fine, as I originally estimated. The dragon isn’t a fan of Camelot, probably due to that whole keeping him imprisoned in a cavern thing, so he decides to redecorate the landscape by burning the city to the ground. The only person who could possibly help would be some kind of Dragonlord, and Uther wisely killed all of those before getting rid of all the dragons. Good thinking, sire!  Turns out, there’s one Dragonlord left, and surprise! He’s Merlin’s daddy! So Merlin and Arthur go to find Balinor so they can convince him to come help Camelot. It’s a tough sell, but Balinor decides he’ll help, just because Merlin is his son and all. On the way back to Camelot, Arthur, Merlin, and Balinor are attacked, and Balinor is killed. Believing there is no way for them to beat the dragon now, Arthur mounts a suicide crew to give it one last shot. Merlin learns that he’s the last Dragonlord, now that his father is dead, because the powers passed on, so he goes on Arthur’s mission and ends up giving the dragon a verbal smack down that he’ll never forget, sending him away from Camelot forever. Arthur believes he slew the dragon, and everyone goes home happy.

If I had written this episode, I would have changed: Why did they keep trying to kill the dragon with fire? Fire cannot kill a dragon! It is known!

The thing I loved most about this episode: The way it opens an entirely new route for the story. At some point, it was going to become labored to try and work the dragon in the basement into every episode, so they did need to get rid of him somehow. This helps Merlin to stand on his own two feet as a character, and spares us from having to listen to Merlin ignore his advice every week. By creating the “last Dragon Lord” element, it retains the dragon as a powerful ally who can be called upon by the story at any time, but let’s the focus shift away from Merlin relying on it for advice. It also gives Merlin personal certainty; he now knows where his magic comes from, and he knows where he comes from. His identity as an unfortunate is being reshaped by his own destiny.

The thing I hated most about this episode: On a personal level, I intensely dislike any storyline wherein a deadbeat dad is found and a reconciliation happens. But that’s just my personal hang up talking.

Something I never noticed before:  I’ve watched this episode about a million times. I’m not sure that there’s anything left to notice.

Favorite Costume: The Dragon Lord coat. Merlin should have stripped this sucker off his dead dad and assumed it as part of his heritage. 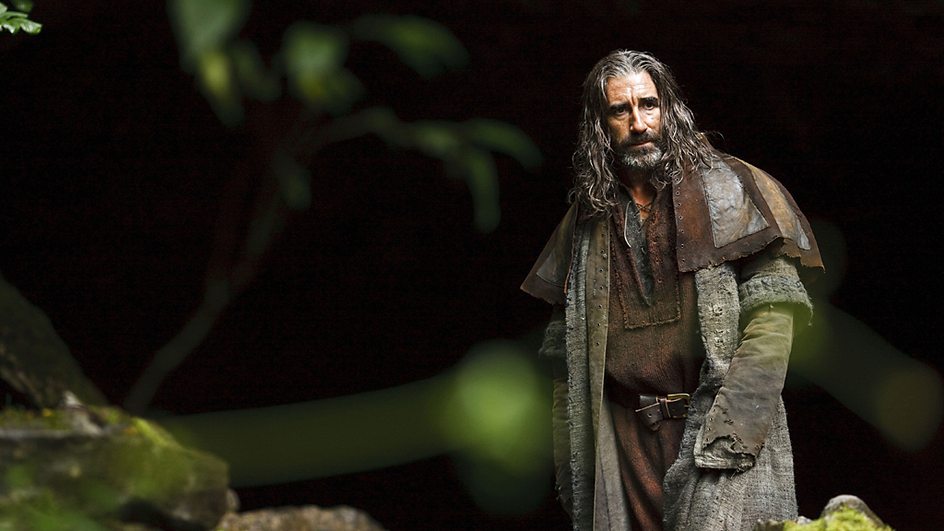 Here is proof of some random headcanon I created: I don’t have any from this episode. 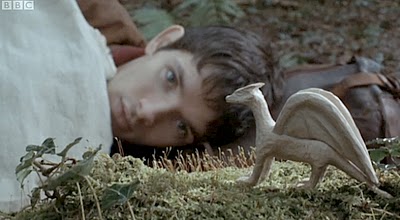 She has a ton of stuff like that little dragon just laying around, but I suspect she’d still take this.

What Merthur moment did Jess have the naughtiest thoughts about? When Arthur moans Merlin’s name while he’s wounded and senseless with pain.

That’s it for this week. Join me and Jess (Bronwyn is on vacation) on Monday as we watch S03E01 and S03E02, “The Tears of Uther Pendragon” in a big ole double feature at 8pm EST on the hashtag #MerlinClub.