So, here’s a quick rundown of episode three: Assassins come to Camelot disguised as circus performers to entertain at Arthur’s birthday feast. Uther isn’t quite as catatonic as before, which is good because the assassins roofie Arthur and try to kill him. Uther gets one last epic, heroic sword fight, AKA he finally does something useful and not shitty for his son. Then he gets stabbed. YAY! Uther is going to die, but Merlin sees this as a chance to save magic users everywhere. He’s going to cure Uther with magic, and then everyone will see how awesome magic is and everyone will be cool with it again.

Except, remember how Uther thought Morgana had been saved with magic, and that didn’t change his mind like, at all?

Whatever. Merlin disguises himself as Dragoon/Emrys, and comes to the castle to heal Uther. But Arthur can’t figure out that his uncle, Agravaine, is evil, so he tells him, hey, we’re going to cure my father with magic. Agravaine tells Morgana, and she gives him a talisman to stick under Uther’s bed that is like something directly out of World of Warcraft. Whatever healing magic is done on Uther will kill him. Merlin manages to cure Uther for like two seconds, then he dies. And he’s really dead, and the people rejoice. Or mourn, whatever, but the important thing is that now Arthur really hates magic, whereas he might have just been lukewarm on the whole hating magic subject before.

But on the bright side, Arthur is king now! YAY!

If I had written this episode, I would have changed: I have always found it really frustrating that Morgana didn’t get to kill Uther in a hands-on way. I would have loved for the episode in season three, when she tries to stab Uther in the night, to have somehow been combined with this. Like, Morgana goes to stab Uther, she kills him, they get to have their little “do you really hate me so much” exchange from the dungeon at the end of season three, then Merlin does the magic to save Uther and Morgana’s spell kills him, the end. The rest of season three could have continued without Uther, and it could have been sibling against sibling from there on out. It could have also speeded up the Gwen/Arthur storyline, so I wouldn’t feel as cheated as I did by the events in season five.

The thing I loved most about this episode: Arthur is king now! YAY! And I really enjoyed the sword fight between Uther and the assassin. I loved that Uther didn’t just jump up from a yearlong vegetative state able to fight like he’d practiced that morning, which a lot of shows would have done. At the same time, it showed that Uther really was a warrior king, and he was still a pretty scrappy fighter, even though he was way out of shape. It was a nice touch.

The thing I hated most about this episode: I hated that some little nobody, not even a recurring character got to kill Uther. If it couldn’t be Morgana, it could have at least been someone interesting.

Something I never noticed before: I haven’t been able to figure out Agravaine’s motivations in the past at all, and this time around I started thinking about it more. He’s Igraine’s brother, and he wants to destroy Camelot because Uther used to magic to kill his sister. But he’s attacking Camelot by aiding Morgana, who uses magic. I’d never really thought of that particular angle before and how little sense it makes, because I’d always been hung up on the part where he’s siding with Morgana against his own nephew. Whatever, this is still one of my favorites, because Arthur gets to be king. YAY!

Favorite Costume: Uther’s poet shirt. Not just because Anthony Head is sword fighting in a poet shirt. I like this because in the past, we’ve always seen Uther fighting in chain mail or studded leather doublets or what have you. Clothes that made him appear powerful and formidable. This is probably the most important fight of his entire life, and without all that stuff, he’s vulnerable–even more so because if he fails, his son will die. The costumers do a bang up job with the details on this show. 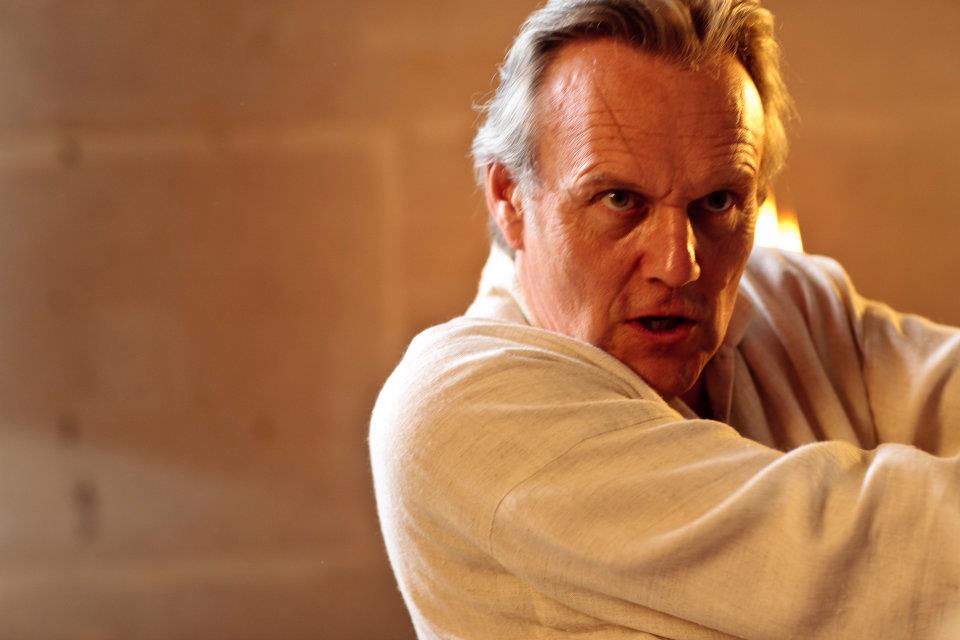 Here is proof of some random headcanon I created: Nothing here.

That cute little cabinet next to pantsless Arthur. OH, you thought I meant… no, I definitely mean the cabinet.

What Merthur moment did Jess have the naughtiest thoughts about? Speaking of pantsless Arthur…

That’s it for this week. Join us next week for S04E04, “Aithusa,” Monday,  8pm EST on the hashtag #MerlinClub.