Merlin Club S05E11 “The Drawing of The Dark” or “That motivation was so sudden, I got whiplash.”

So, here’s a quick rundown of episode eleven: Mordred runs into an old flame from his druid days, who later tries to kill Arthur. She is sentenced to death, natch, and Mordred gets pissed off when Arthur won’t just let the chick go (despite giving her several chances to repent). Also, he thinks Merlin blew the whistle on the girl, since he doesn’t make a secret of the fact that he hates Mordred. The girl gets executed, and Mordred immediately runs away to Morgana, and tells her that Merlin is Emrys.

If I had written this episode, I would have changed: Stuff way back at the beginning of the season. When the druid girl, Kara, shows up, it’s for the first time in the entire series, the last episode before the two-part finale. Why is she there? So that Mordred can become angry with Merlin and Arthur and switch sides. Mordred is unfailingly loyal to Arthur, and Kara is plainly manipulative of Mordred…so why does it work? Because Mordred has instantly fallen in love with her? Enough to betray Arthur?

If I had been in charge of season five, Mordred would have encountered Kara much earlier in the season, giving him a realistic timeline for falling in love with her, and a more believable reason for betraying Arthur.

The thing I loved most about this episode: I love Kara. This is not the general consensus in Merlin Club, but I have a lot of respect for this chick because she’s willing to die for her principles.

The thing I hated most about this episode: The aforementioned insta-love plot twist, but also the fact that everyone acts like treason is no big deal. Oh, Kara tried to murder the king? I’ll just go to Arthur’s chambers and explain, and he’ll obviously let her go. Oh, Arthur won’t just let her go? Since I don’t want Mordred to be evil, I’ll just go talk to Arthur and he’ll obviously let her go. Oh, this chick tried to kill me and has shown absolutely no remorse and in fact argued to my face that it was the right thing to do? I better give her one more chance to walk free.

I hate to say this, but maybe Arthur being just a teeeeeeny bit more like his father would make him a more effective ruler.

Something I never noticed before: Absolutely nothing in Camelot is consistent. I know it sounds weird that I’ve never noticed it before now, but one thing jumped out at me and I realized, oh, hey. Lots of times I’m complaining about inconsistencies. But the thing that set me off on this journey of discovery was when Arthur said the punishment for treason was hanging. In past episodes, hasn’t it been beheading? Just like when some of the time, the punishment for sorcery is beheading, but other times it’s burning, and when Uther is having his flashbacks and shit, it was drowning. Capital punishment in Camelot is wildly inconsistent in terms of method and application, and this just sprang open the lock on the pandora’s box of inconsistencies I’ve noticed that have blown out of my head.

Proof of some random headcanon I created: This is the most stupid one ever, but I like to imagine that at the end of the episode, when Morgana finds out that Merlin is Emrys, she does a Regina George style screaming freak out, then runs and puts Merlin in the Burn Book.

Favorite Costume: I’ve noticed that the druids tend to dress really well, in a rustic sort of way. I really like the belt-over-open-jacket-thing look Kara has going on. And the fact that she manages to rock manacles like an accessory. 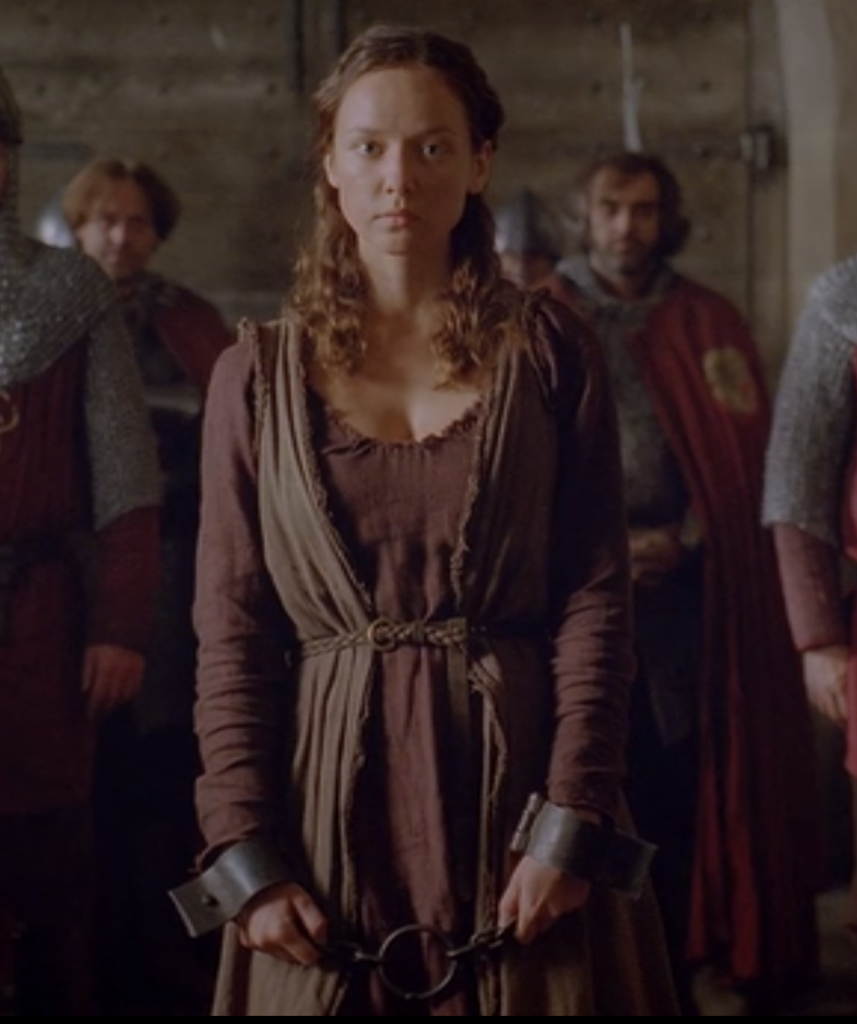 What object would Bronwyn steal from this episode? Morgana’s throne room. If there’s one thing I know about Bron, it’s that she would pick the spooky, faded grandeur of a crumbling castle over the clean, well-lit and structurally sound castle of Camelot. 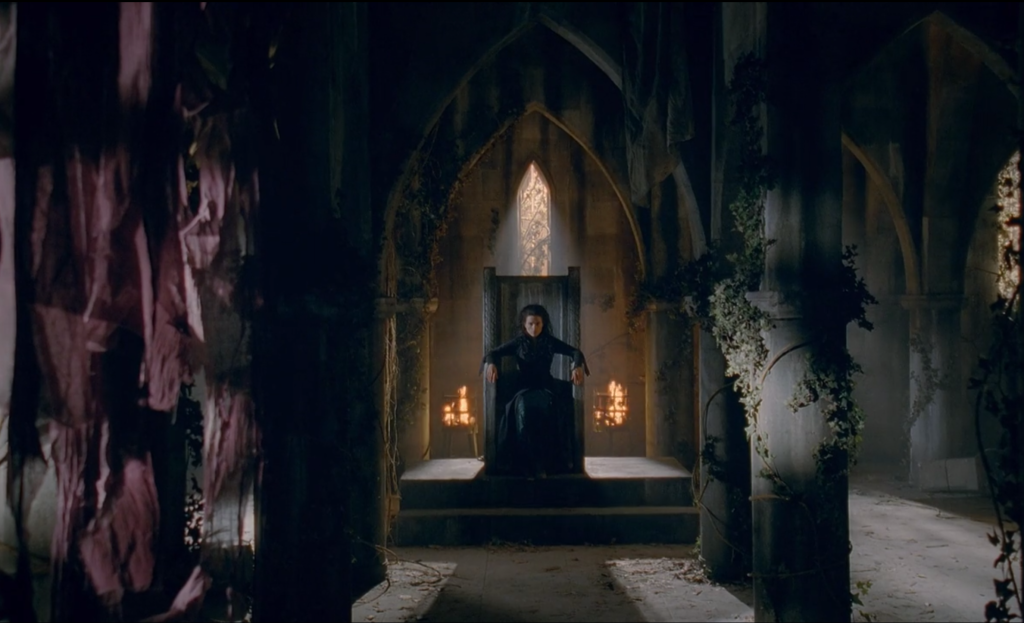 What Merthur moment did Jess have the naughtiest thoughts about? When Merlin is all freaked out about what will happen if Mordred gets pissed off, he goes to Arthur and tells him to let the girl go or whatever. And he says, “You have to listen to me,” and even though Arthur dismisses him at the time, he doesn’t do his usual, shouty, I-don’t-have-to-listen-to-a-servant routine. And then does what Merlin asked him to by giving Kara a final chance to repent. It shows that Merlin isn’t just a servant to Arthur, which the audience has known all along, but which Arthur seems to only just be seeing.