So, here’s a quick rundown of episode twelve: After Gwen’s dad is caught conspiring with a sorcerer– under duress– Morgana tries to help him escape the dungeons. During his escape attempt, he’s captured and killed, shattering Gwen. Morgana confronts Uther and pushes her luck way too far, because he throws her ass in the dungeon. Gwen is in trouble with the sorcerer, because her father still had some stone or something the sorcerer wants back. When Morgana learns this, she takes the stone and meets with the sorcerer, whose end game is the death of the king. She hires the men to kill Uther, and fakes a reconciliation with him in order to lure him out to her father’s grave. Merlin knows all this shit is going to go down, and he talks to the dragon about it, and the dragon is like, “Someone’s going to kill Uther? Good. Just roll with it,” but of course Merlin can’t leave well enough alone, and he fucking goes and tries to save Uther. PLOT TWIST! After Uther says some nice stuff about her, Morgana changes her mind about the whole murder thing and intervenes as Uther and the sorcerer fight. She kills the sorcerer, and she and Uther embrace romantically on a windswept hill as the music swells.

If I had written this episode, I would have changed: Other than the incest-in-hindsight stuff?

The thing I loved most about this episode: Okay, this is actual dialogue from the scene between Merlin and Kilgarrah:

Merlin: “I need your help.”

Kilgarrah: “Of course you do, but this time will you heed my words?”

Merlin: “The sorcerer Tauren is plotting to kill the king! He has made an ally of Morgana. I don’t know what to do!”

Kilgarrah is the dragon equivalent of that friend who is done listening about your break up. He is not going to give you advice, because he knows you’re not going to follow it anyway. He is 100% over this whole conversation.

The thing I hated most about this episode: Other than the incest-in-hindsight stuff?

Something I never noticed before: Just how much Uther drinks in this show. He’s constantly drinking. I know I’ve complained about the amount of food he has on his table during meals– and the fact that he’s usually drinking and not eating it– but he always has a fucking goblet in his hand. It makes me wonder if they just didn’t have any other good ideas for what Uther should be doing with his hands. Of course, mass murder out of sheer paranoia could make you thirsty, too.

Favorite Costume: I don’t have one in this episode, because it’s basically the same old costumes as any other episode.

Here is proof of some random headcanon I created: Gosh. I’m not sure if there was any… let me see… it could have been when Morgana openly argued with Uther about Gwen’s father’s arrest, and then said she would never forgive him. And, hey, the fact that Arthur won’t speak up and say boo to his dad until after Morgana does.

I guess another example would have been the part where she angry walked in her angry dress up to Uther, addresses him by name (again, something no other characters do), tells him he’s a shitty king and keeps her head. Keep in mind that later in the series, Uther tries to kill his own son. I guess yeah, he could have been thinking, “This is my daughter, I don’t want anything to happen to her,” and yeah, so he does say that she’s the daughter he never had, but he also says:

Uther: “You challenge me as a friend must, as your father did in his time.”

Uther: “Your counsel is invaluable, as is your friendship and your love. Without you, I cannot hope to be the king this land deserves.”

He’s not saying this shit to Arthur, you know. And I know people treat their kids differently some times, but again, Uther tries to kill Arthur in a later episode. But perhaps the biggest giveaway, to me, that Uther and Morgana’s relationship isn’t father/daughter this season? HE ADMITS THAT HE’S WRONG IN ORDER TO SAVE HIS RELATIONSHIP WITH HER AND LITERALLY BEGS FOR FORGIVENESS. This is a dude who won’t admit that he’s wrong even after he’s fucking dead, at which point he’s willing to murder his son to prove how right he is. So what makes Morgana so special? I was willing to buy “she’s my best friend’s daughter that I swore to protect,” but once she becomes the daughter he refuses to claim as a legitimate heir, why was he worried about staying friends with her here? Why didn’t he ever tell her the truth about her parentage and run this shit like he does with Arthur? If she’s not good enough to be his acknowledged heir, why does he give a shit what she thinks of him? Oh, that’s right. Because the writers didn’t know about it until season three.

Also, let’s consider the whole “slow motion walking toward each other to embrace on a windswept hilltop” thing they had going on here: 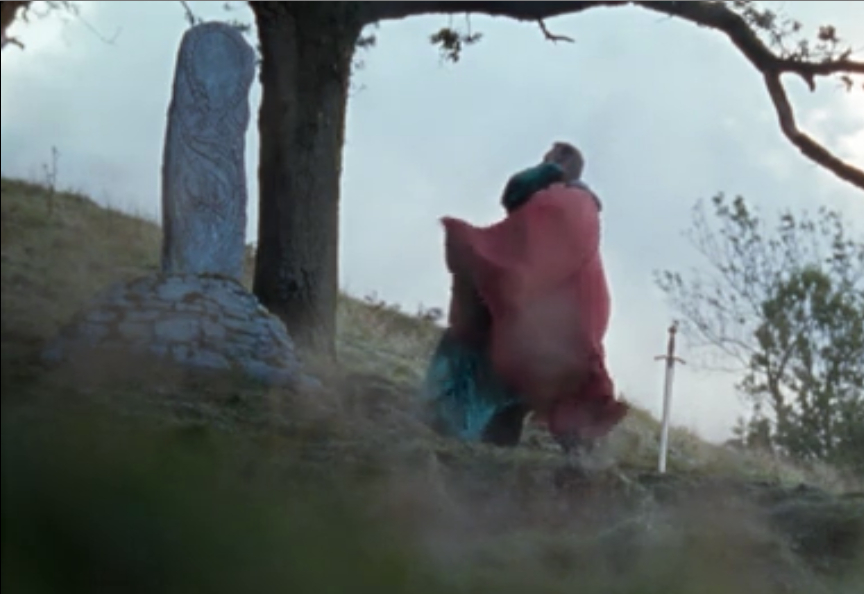 Again, not proof of a ship, but I feel like this is proof that the writers didn’t intend the “Morgana is Uther’s secret daughter” thing, because none of this is making sense. 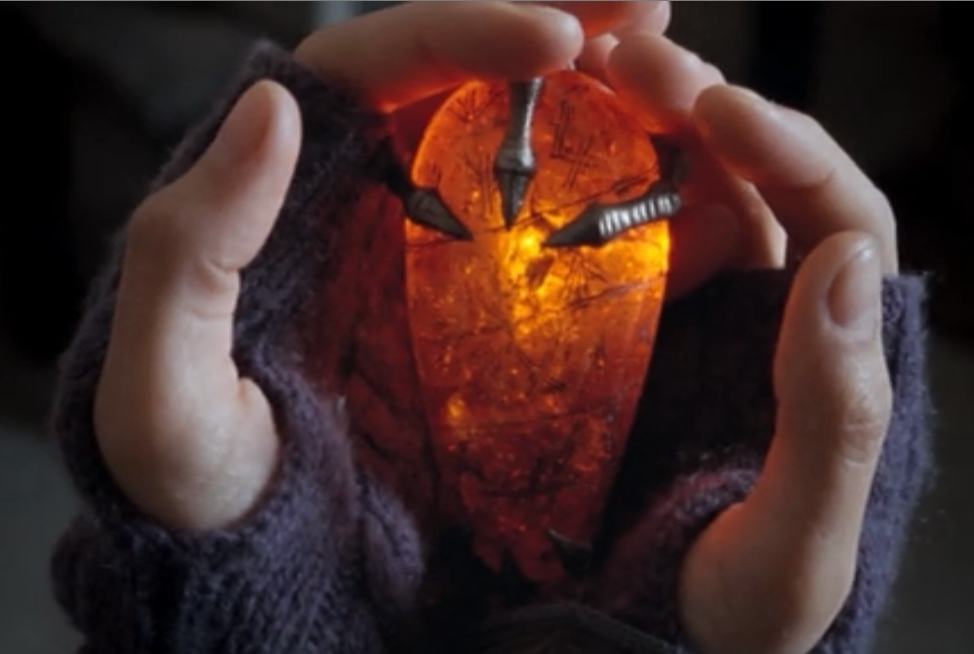 Both the amber and the handwarmers.

What Merthur moment did Jess have the naughtiest thoughts about? I bet the scene that gave her the warmest fuzzies was the one about eleven minutes in, where Merlin’s questioning of Uther’s behavior visibly challenges Arthur’s beliefs.

That’s it for this week. Join us on Monday as we watch S01E13, “Le Morte d’Arthur” at 8pm EST on the hashtag #MerlinClub.