So, here’s a quick rundown of episode seven: The sorceress Morgause comes to Camelot and challenges Arthur to a fight to the death. When she bests him in combat, she spares his life but demands he meet her in three days, in a location unknown to him. Morgause says she knew Arthur’s mother, and this intrigues him. Morgana, meanwhile, meets Morgause and sparks fly, in a totally Luke and Leia kind of way, if you catch my drift. Morgause gives Arthur a chance to speak with his dead mom, who tells him that Uther traded her life for Arthur through magic. Arthur charges back to Camelot and, in one of the tensest fucking fight scenes I’ve ever seen on TV (keeping in mind that I am writing this post Sunday afternoon and haven’t yet seen the most recent episode of Game of Thrones), challenges his father to a fight to the death. Just as Arthur is about to plunge his sword through Uther’s heart, Merlin busts in and convinces Arthur that magic really is evil, and Morgause tricked him.

If I had written this episode, I would have changed: Nothing. This episode is perfect. Even though I missed Gwen. But there wasn’t a lot of room for her in this storyline.

The thing I loved most about this episode: I don’t think we ever find out whether Uther actually knew that Ygraine would die. Though she says he is, he went on a witch hunt over her death. It’s kind of hard to believe that he truly understood that he was exchanging her life for an heir. If he’s lying, he’s very convincing. It’s yet another murky motive in this show.

Also, the sword fight between Uther and Arthur. Bravo, guys.

But most of all, Merlin lying about magic, convincing Arthur that magic is evil, to keep him from killing his father. He doesn’t want to see Arthur live knowing he killed his father. That’s pretty good friendship right there. That is straight up love.

The thing I hated most about this episode: Nothing. This episode is perfect. It actually might be my favorite from the entire series.

Something I never noticed before: I’m starting to notice what a shitty little snitch Leon is.  He was just going to stand outside the throne room and let the only living– known, anyway– members of the Pendragon dynasty kill each other, because the king said so. Take some initiative, if your king is about to be murdered, maybe help him. 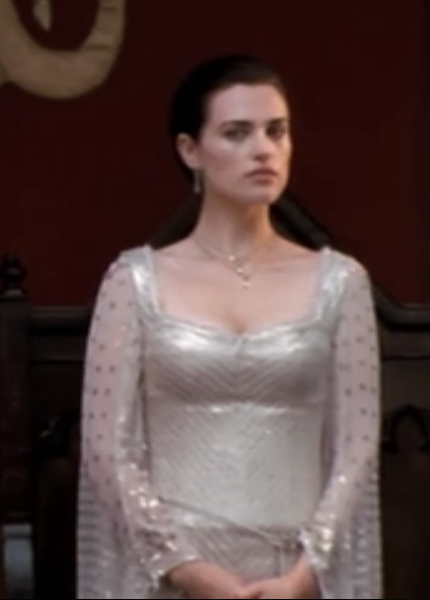 It has stripes AND polka dots. Come on, how could you not love this?

Here is proof of some random headcanon I created: My ship has come in! Well. One of them. I have a fleet. Morgause and Morgana are not sisters in my head. They are a pair of while, adventurous lovers having Les Yay! moments all over the place. I demand you imagine Morgause protecting Morgana from bandits using steel and magic, then ravishing her beside a stream. Also, Morgause is in her armor at the time. Do it right now. Just, ignore the fact that canon makes them sisters eventually down the line. 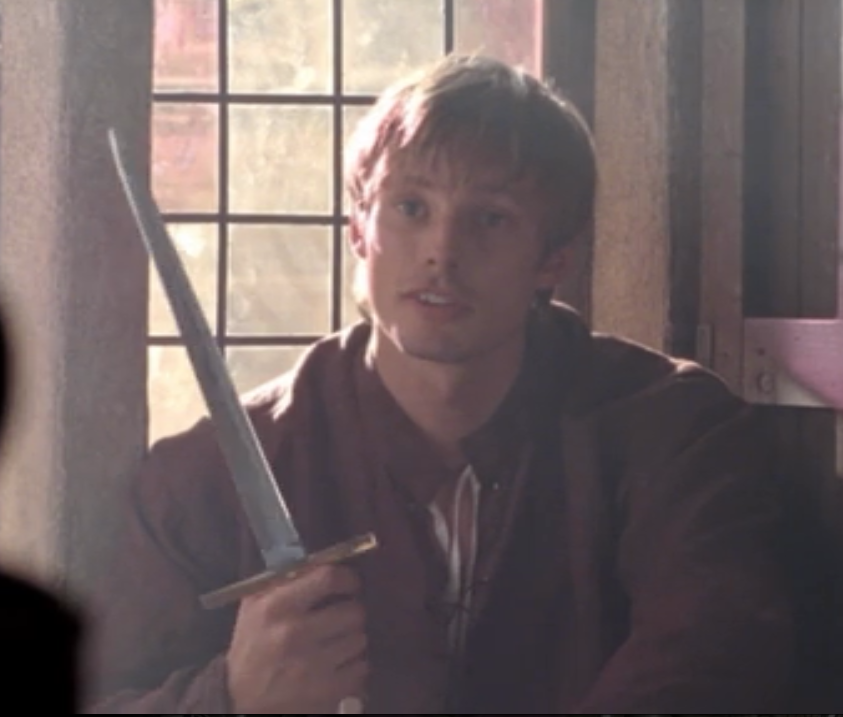 This fine dagger, clearly. That is the thing from the picture she would steal.

What Merthur moment did Jess have the naughtiest thoughts about? Aside from the obvious, “Hey, let me betray my own kind to prevent you from being hurt,” thing that happens at the end of the show, I think Jess definitely has feelings about the fact that Arthur noticed that Merlin looked like he’d gained weight.

That’s it for this week. Join us on Monday as we watch S02E09, “The Lady of The Lake” at 8pm EST on the hashtag #MerlinClub.