So, here’s a quick rundown of episodes twelve and thirteen: Sir Leon gets himself dead, and the druids use the Cup of Life to heal him. Then Uther is all like, “Damn, we need to get that cup.” But Cenred is all like, “Damn, I need that cup, too,” and he thinks he’s going to get it and Morgause is going to work with him. But Morgause just kills him and steals his army, and they attack Camelot. Morgana takes her place on the throne and emotionally destroys Uther (yay!), starts ruling with an iron fist to punish everyone who gaslighted her, and Arthur and his knights come back and take Camelot again. Uther is pretty much out of commission on the mental health front, so the episode ends with Merlin suggesting that it might be time for Arthur to become king.

If I had written this episode, I would have changed: It annoys me that so many victims of Uther’s cruelty are forced to help reclaim his kingdom for him. Lancelot, Gwain, Gwen, Freya, the dragon, they have all good reason to have major beef with Uther, but they all coordinate to save his ass? No. You know what would have worked better? If Uther died in the first half of this two parter. Then in the second half, Morgana is still looking for Arthur, and she’s killing all these people, and everyone has to help Arthur claim the throne and stop her. As far as any of these characters know, they’re rushing in to restore the king to his throne, and that’s the best case scenario. That doesn’t make sense.

The thing I loved most about this episode: When Morgana makes Uther cry: 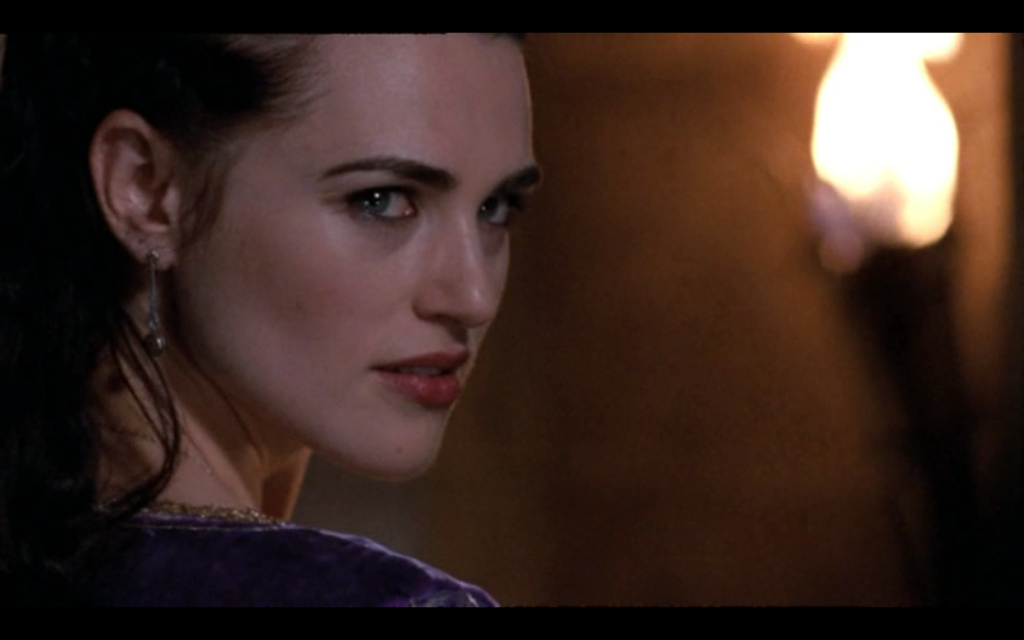 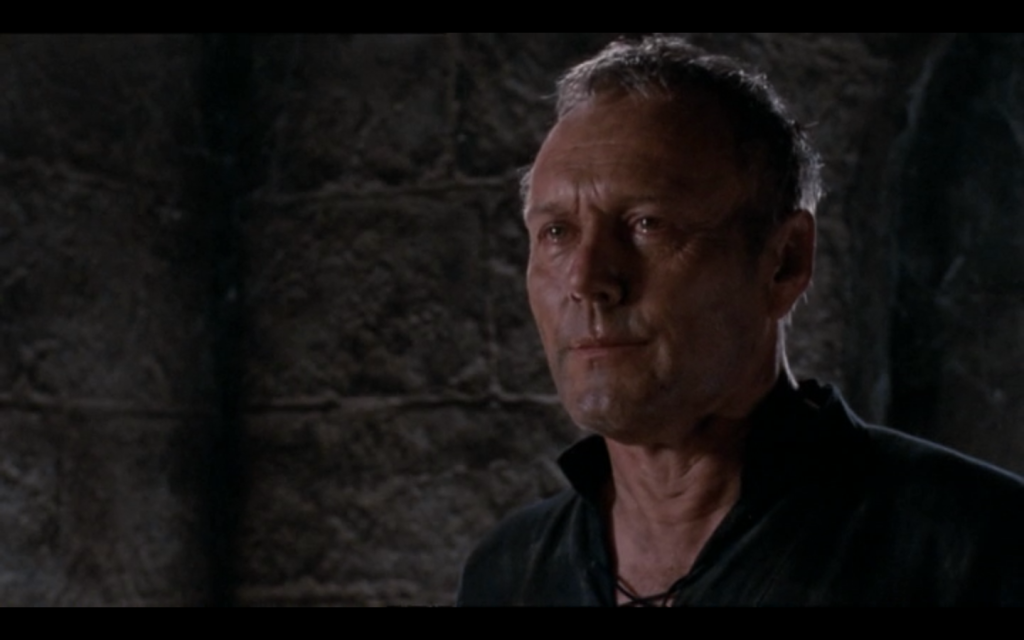 Oh, does that hurt your feelings, that you killed hundreds of innocent people and someone is calling you out on it? Poor baby. Glad you’re only around for two more weeks, a-hole.

(But I still love you, Anthony Head! I STILL LOVE YOU I JUST HATE UTHER!)

The thing I hated most about this episode: I  hate that nobody is like, “Oh, she’s Uther’s daughter, now I get it. We better send her a fruit basket,” or in any way try to reach out to her to be like, “We get it. You’re right, Uther does suck, but maybe let’s stop killing peasants.” It might have worked. All she was looking for was some sympathy and understanding, damn it.

Something I never noticed before: How great ASH looks when grimy. 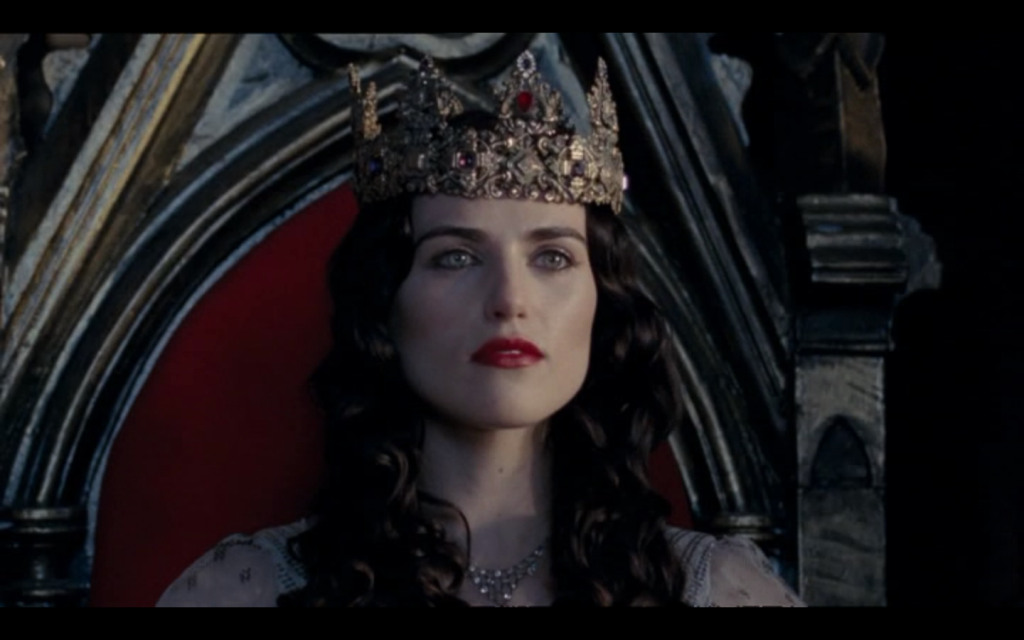 Here is proof of some random headcanon I created: Remember last week when I said Uther would do “anything” to keep Morgana from finding out about her true parentage? He looks absolutely horrified to find that she knew he was her father this whole time. So, big reveal:

My headcanon that I will believe forever is that Morgana came on to her dad to try and make him admit he was her dad, and he didn’t stop her.

It’s sad that this hasn’t been exploited in fic as much as it should/could be. 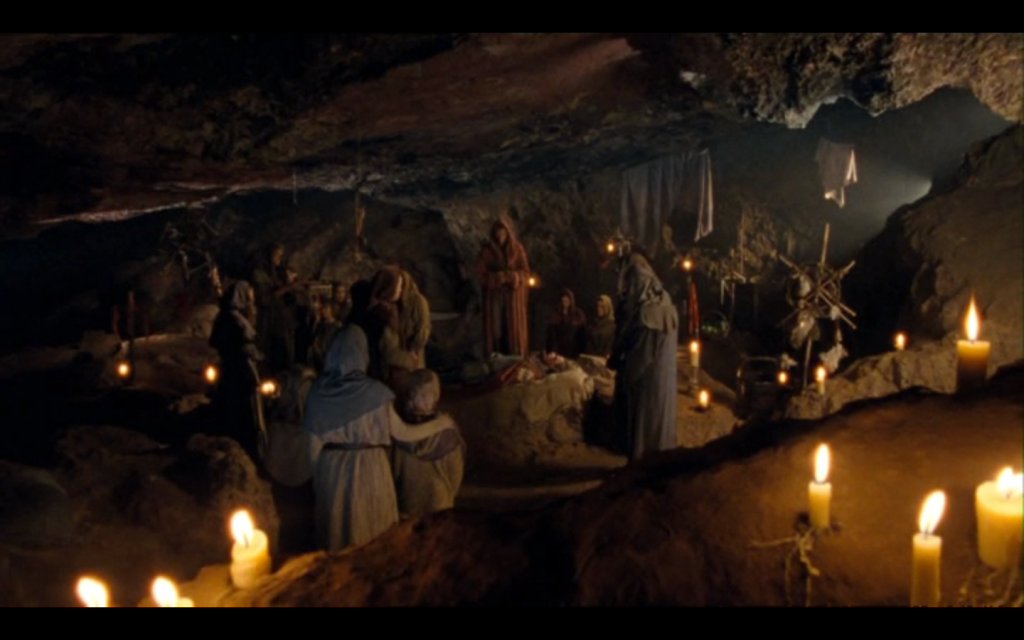 No one particular thing. Like, literally an entire cave of druids.

What Merthur moment did Jess have the naughtiest thoughts about? The title. The title of the episodes.

That’s it for this week. Join us next week for a Merlin Club double header,  S04E01 and 02, “The Darkest Hour” Monday,  8pm EST on the hashtag #MerlinClub.