So, here’s a quick rundown of episode four: A guy shows up to Camelot looking for part of a triskellion that will blahdy blah blah nobody cares, there’s a baby dragon.

Also, Merlin pulled Arthur’s pants down and wrassled with him.

If I had written this episode, I would have changed: Nothing. Season four is where this show really hits its stride, and this is one the strongest episodes in the season.

The thing I loved most about this episode: For basically the first time ever, Merlin finally takes the dragon’s fucking advice. And you know what? I fully support that. I know everyone during the watching part was saying, “He should have just left it where no one would find it,” or whatever, but he’s a Dragon Lord. Dragons are his responsibility, and if there was a chance to have the very last one in the world be born, then he’s got to do that shiz. He’s the last Dragon Lord. It’s his job.

The thing I hated most about this episode: So, once you’ve hatched the dragon and stuff, why not, you know. Keep an eye on it? Maybe? So it doesn’t just wander off and become the pet of some random evil witch who wants to rule Camelot or whatever? NOT THAT IT WOULD EVER HAPPEN.

Something I never noticed before: 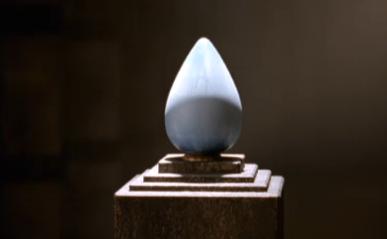 Favorite Costume: Nothing struck my fancy in this episode.

Here is proof of some random headcanon I created: In fact, with Uther and Morgause both dead, I have very little head canon left.

Do you have any idea how unbearable she would be with a baby dragon? She would take it EVERYWHERE and make it little clothes.