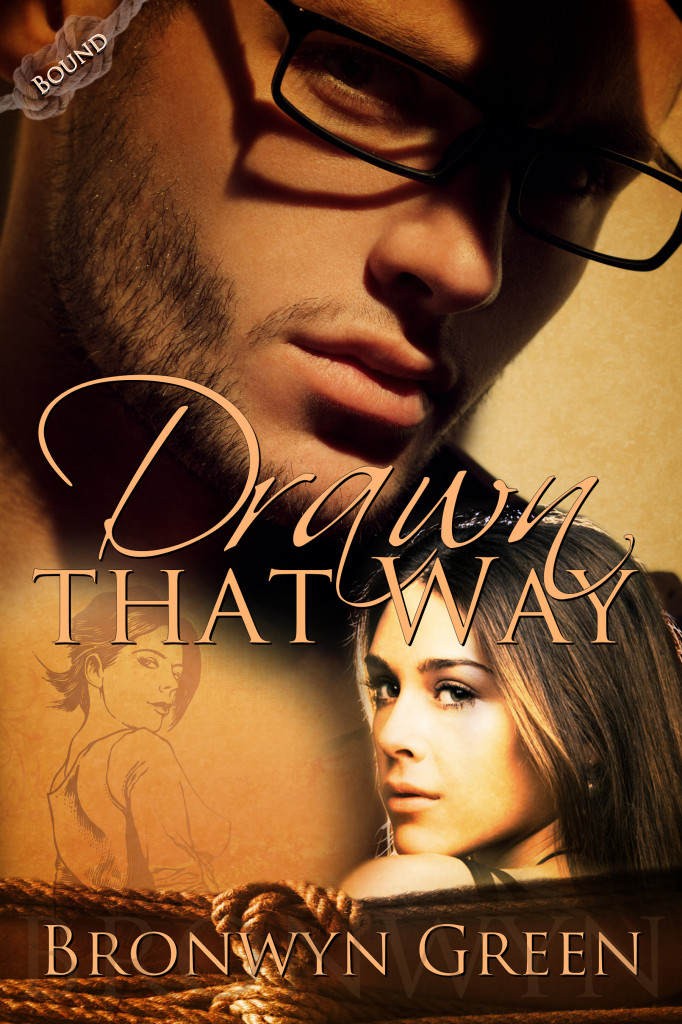 The imprint of Rory’s hands had been seared into Tris’ shoulders. She swore she could still feel his touch as she pushed up on her elbows and stared at him. What had been an easy camaraderie moments before seemed to vanish into thin air. He glanced at her, then away, as if he were uncomfortable again. Of course, that may have been because she’d been lying there wanting him to kiss her, and it had been painfully obvious. That was more than enough to make someone pull back. She was an idiot. She’d let her libido get away from her and imagined an attraction where there was none.

He extended his hand toward her, and she took it, letting him pull her up off the mat with a surprising amount of strength. Releasing her, he walked to the camera, turned it off and removed it from the tripod.

“You’re really good at this,” he tossed over his shoulder as she picked up their swords from the mat. “Any chance you’d be willing to come in and do it again? I have a feeling we could get a lot of usable footage.”

“Yeah. I could definitely do that.”

She shrugged. “You don’t have to. This was a better workout than going to the gym. And a lot more fun.” Granted, she wouldn’t mind the money, but she’d feel guilty getting paid for something she’d do for free.

He shook his head, frowning slightly. “I’d feel better about paying you.”

That’s right, Tris. This is a business arrangement. Nothing more. Pack up your stern professor fantasies and take them home to the shower where they belong. Idiot.

“So, can I get copies of the video and the pictures? I’d love to see everything.”

“Sure. Just give me a second.”

Rory left the room, and she grabbed her bottle of water and downed the rest of it before beginning to pick up the weapons they’d used for the shoot.

“What’s your password?” he asked, setting a laptop on his tall drafting table.

Rory snorted and typed it in as she turned around. “I’ll just upload the files from the SD card so you can have a copy, too.”

He typed it in on her keyboard.

Her laptop that he’d just grabbed from her office.

“Close the lid. Close it,” she practically screeched, crossing the room to do it herself.

His eyebrows drew together, and he stared at her, his expression quizzical. Then, he slowly turned his head back toward her screen. She could see the flickering image of the .GIF reflected in the lenses of his glasses. Even without looking at the computer, she knew what he was seeing.

She must have watched that image cycle through twenty-seven times before he’d entered her office earlier. A man stood behind a woman and slid his hand over her chest to gently wrap his long fingers around her neck as he yanked down the cup of her bra with his other hand, baring her breast. Her nipple hardened right before the .GIF repeated itself in an endless loop.

Scorching heat rushed to her face, and she closed her eyes. If there were any justice in the world, the floor would open and swallow her whole. Or there would be a tsunami on Lake Michigan, and it would drown her. “Just so you know, I wasn’t looking at…that site…on company time. I didn’t open it until after five.”

The man’s hands had reminded her of Rory’s. It was part of the reason she’d watched it over and over. That and the stupid conversation she’d had with Clover.

“I believe you,” he said, somewhat distractedly, clicking the buttons on her touch pad. “You’re not one to slack off at work.”

“At least, I know my instincts about you weren’t wrong.”

“What are you on about?” She didn’t actually want to know, but the words were already out of her mouth, and it was impossible to call them back.

He turned to face her. “Earlier today, when you and Clover were discussing my sex life in the break room—”

She dropped her head back to stare at the ceiling. “You heard that.”

“From the phrase, ‘one tall blonde with’ I believe it was, ‘ginormous tits after another’ until you noticed me.”

“Fabulous.” Where the hell was that tsunami when she needed it?

“It piqued my interest—”

“So, I waited a moment before entering the room.”

Tris put her hands on her cheeks, surprised her face hadn’t melted off like that guy’s in Raiders of the Lost Ark. This was, by far, the most humiliating moment of her entire life.

“You waited and heard us gossiping about you like a couple schoolgirls in the bathroom between classes.”

She couldn’t stifle the laugh that bubbled up. “You’d be surprised.” She sighed. “I’m sorry. I owe you a huge apology.”

Was he laughing at her? At this cocked up situation? She opened her eyes and met his gaze. His eyes seemed a brighter blue as he stared at her.

“No,” she said, flatly. “For discussing your personal life when it’s clearly none of our business.”

He shrugged. “If it makes you feel any better, your responses to the rumors gave me a fair amount of insight into you, and this,” he said, nodding at her laptop as he scrolled through a few bondage shots, “confirms it.”

“That you’re turned on by the thought of kinky sex and, possibly, even rough sex.”

She opened her mouth, but there was nothing to deny.