So, here’s a quick rundown of episode six: A neighboring queen can barely tolerate either Pendragon spawn, and she’s like, “Fuck both of you kids, you’re just like your fucking father and I hated his guts, too.”

If I had written this episode, I would have changed: I would have dropped the Arthur/Gwen breakup from this episode. There was already too much going on, and it seemed to bluntly overstate the point that Arthur isn’t like Uther. We got that from all the rest of it. To put it in this episode, where it’s totally unnecessary, just makes it look like empty relationship drama.

The thing I loved most about this episode: Lindsay Duncan. Every time I see her, all I can think about is Rome and Rome is the best and I’m lobbying hard for #MerlinClub to transition into #XIIILegion at the end of season five.

The thing I hated most about this episode: Why didn’t Annis fight against Arthur? They had to do the whole “name your champion” thing, which was stupid. Why didn’t she just throw down? She seems like the type who would.

Also, if Morgana was going to enchant Arthur’s sword, why did she go with “make it real heavy?” Couldn’t she think of anything better? Why not, “holding the sword makes him go blind,” or “every blow deals damage back?” “Whoa, this is going to be really heavy, look out, Arthur!” just doesn’t cut the mustard for me.

Something I never noticed before: All of these actors have been in other things with each other, but it took Lindsay Duncan to make me realize all of this. Okay, for example, Lindsay Duncan was on Doctor Who during David Tennant’s run. So was Colin Morgan. Oh, and Anthony Head. And right now, Duncan is playing Head’s ex-wife on a sitcom called You, Me & Them. Who’s playing his girlfriend on that show? Glad you asked, because it’s Eve Myles, the very first Merlin villain, who has also been on Doctor Who twice, both as a one-off appearance and as a Torchwood cast member. Speaking of Merlin cast members hooking up in sitcoms, Head was in a pre-Merlin comedy called Manchild, in which his character nailed his friend’s personal trainer, played by Angel Coulby. And those are just like, a few of the connections that came together when watching this. So based on this very scientific reasoning, I’ve come to the conclusion that there are only like ten actors in the UK, or just one who’s good at voices and has a versatile hairstyle.

Here is proof of some random headcanon I created: I feel like there’s a real sadist/masochist undertone to the Morgana/Agravaine relationship, and this is about the first episode it’s really apparent in. She’s basically like, “Get me this sword, worm!” and he’s like, “Anything, mistress, let me lick your boots.”

What object would Bronwyn steal from this episode? See this? I took this screenshot because I had my eye on the chair, but then I realized that she would sit in that chair, wearing that crown, the fur, and the necklace. 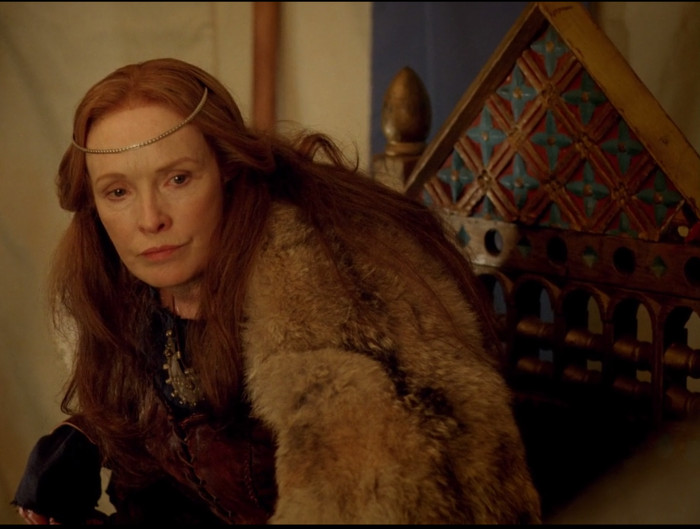 Unless she has an issue with fur that I’m not remembering, which would seem like her.

What Merthur moment did Jess have the naughtiest thoughts about? When Merlin gets dragged into Annis’s tent, and Arthur looks at him like this: 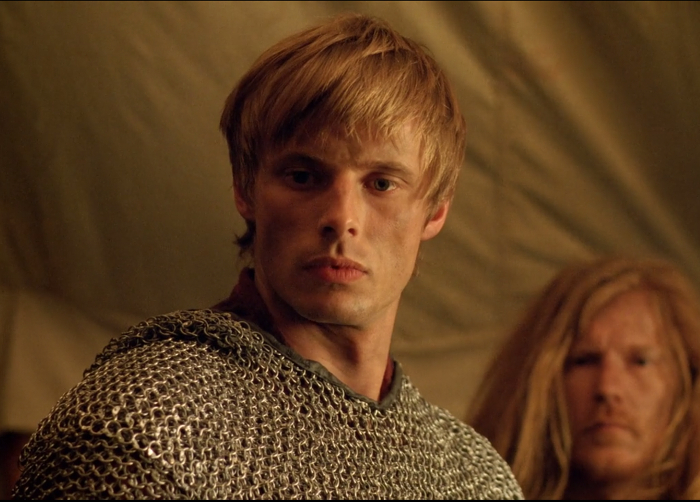 Because look how concerned Arthur is for Merlin. He’s legit scared at this point, because he doesn’t want Merlin to get hurt. And after he goes out on a limb to have Merlin’s life spared, they have a lover’s spat.

That’s it for this week. Join us next week for S04E07, “A Servant of Two Masters,” Monday,  8pm EST on the hashtag #MerlinClub.