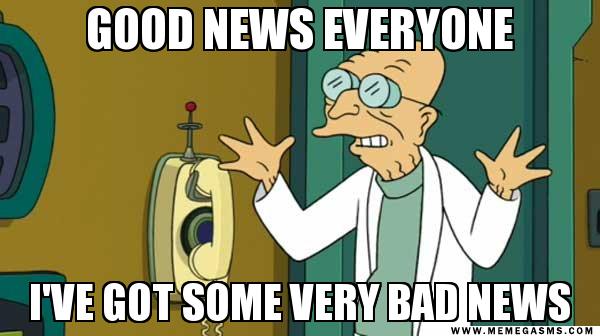 E.L. James announced via Instagram that she’s hard at work on a sequel to Grey, entitled Fifty Shades Darker From Christian’s Point Of View. One hopes that is a working title and not catchy marketing that’s already been set in stone. If you read the excerpt, it’s clear that James didn’t care for the reviews of Grey which almost universally denounced the man of her dreams as a psychopath. It looks like she’s decided to give his characterization a complete 180 that we never saw evidence of in the original series. It’s going to be interesting to see how it plays out, in terms of all of his internal “remorse” and “panic” not doing a goddamn thing to change the abusive behavior he’ll continue to exhibit throughout the series.

Let’s time travel back to Thursday, May 26th, 2011, or the day that will apparently never fucking end.