Merlin Club S03E06 “The Changeling” or “If someone doesn’t marry that girl, I will.”

So, here’s a quick rundown of episode six: Uther wants Arthur to marry a princess from another kingdom, but the girl turns out to be a fairy changeling. The sidhe want to get one of their own onto the throne of Camelot, yadda yadda, it’s all fairly straightforward. It’s kind of a monster-of-the-week episode, so obviously Elena is uncovered as a sidhe, Merlin rescues her, she and Arthur don’t marry, and we never see or hear from any of the side characters again. I think we start to pull away from these types of episodes as season three goes on, and I didn’t remember many that are constructed like this is seasons four and five.

If I had written this episode, I would have changed: The reason we know Elena is a changeling is because she burps, farts, stumbles, and doesn’t have spectacular hair. Well, if that’s what it takes, then I’m a changeling. I hate narratives that push this whole only-one-way-to-be-a-woman ideal, and this episode is disappointing in that aspect.

The thing I loved most about this episode: Everything about Elena. She’s adorable, she’s truly herself, she doesn’t pretend to not be good on horseback just to impress Arthur, she’s socially awkward:

Who wouldn’t want to marry this girl?

The thing I hated most about this episode: When Merlin kills Princess Elena’s nurse, who is a Sidhe in disguise, what happens? No, seriously. Elena was raised by this woman–her own mother died when she was an infant–and now she’s just GONE. Elena doesn’t know the reason. She doesn’t know she was a fairy, she doesn’t know her nurse was part of an evil plot… this girl just goes back to her kingdom and never learns the fate of the only mother figure she ever had. THAT IS SO FUCKING GRIM, YOU GUYS.

Something I never noticed before:  Why does it come as such a huge surprise to Arthur that he isn’t going to be able to marry for love? It’s come up on this show before. Did he forget he’s a prince? And why haven’t I complained about this before? 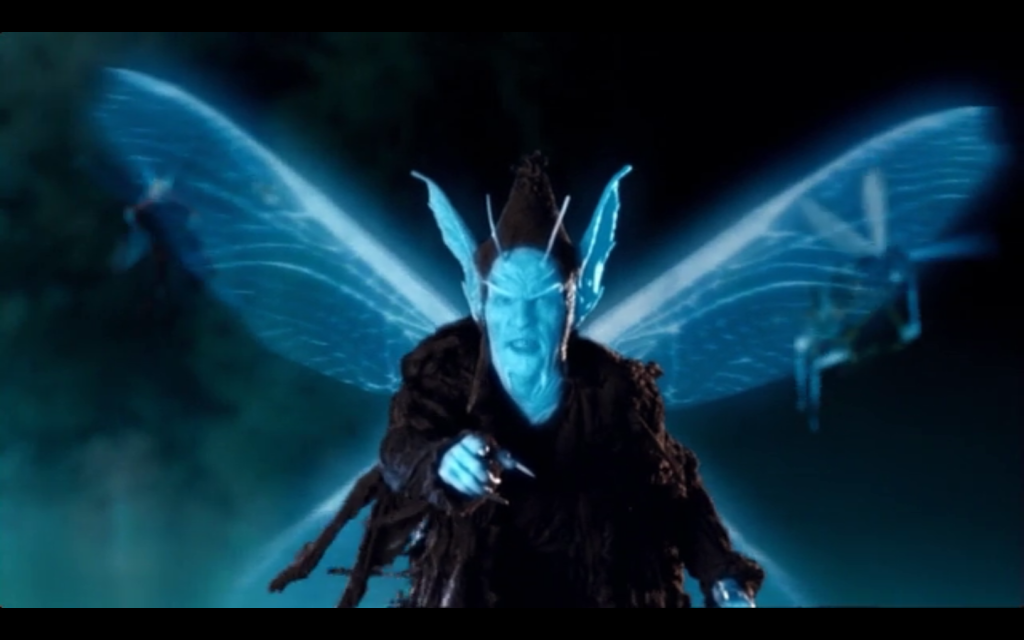 Here is proof of some random headcanon I created: Uther and Lord Godwin have a long time romance going on and they want their kids to get married so they have an excuse to see each other more often:

Godwin: “It’s a big occasion, the tinchel joining of our two families.”

Uther: “Indeed, this union would cement what has long been an unofficial alliance between our kingdoms.”

Godwin: “It will give me great pleasure. I can assure you, my heart lies with yours.”

You know what I heard?

Godwin: Since we can’t get married, look at how we’re gaming this system to be together.

Uther: We’ve always been together, this will just be a little more official.

Godwin: Good, because I’m going to bang you like a screen door in a hurricane after this party tonight.

What object would Bronwyn steal from this episode? It was really easy this week, because she wouldn’t shut up a second about this damn crib: 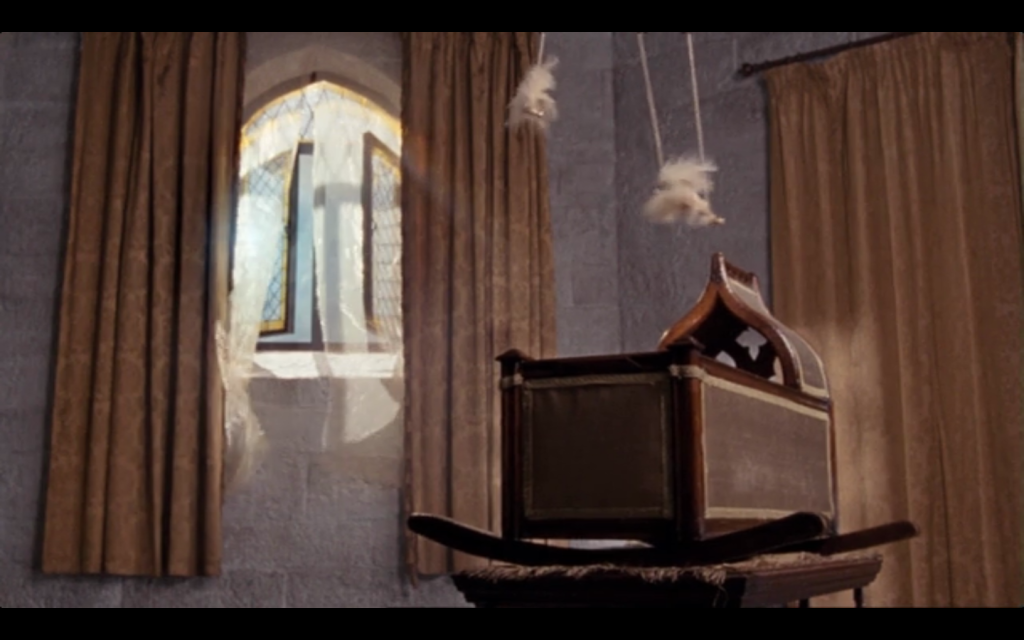 She doesn’t even have a baby!

What Merthur moment did Jess have the naughtiest thoughts about? This episode was better for Arthur/Gwen shippers, but I’m sure Jess enjoyed Merlin being Arthur’s wingman.

That’s it for this week. Join us next week for S03E07, “The Castle of Fyrien” Monday,  8pm EST on the hashtag #MerlinClub.