Around August of 2020, my dreams became very small.

Maybe it’s the quarantine. The world has become very small. Can a brain run out of things to process?

It could be my stress levels.

For whatever reason, my dreams have become very small.

And I have become very aware.

There are places I can go to in my dreams. The same ones, over and over, cobbled together in a city that is at once Grand Rapids, Kalamazoo, the French Quarter, downtown Las Vegas, and New York City all at once. There’s a lake. There’s a place that’s a cross between Disney World and various video games; last night, I spent quite a bit of time in a farming simulation that was also my high school and a community theater performance. Along with the familiar locations of my high school (often mixed with my middle school) and the community theater that is a jumble of both theaters I volunteer at, I can attend a nightmare mashup of the churches I attended as a child. There’s always a funeral going on! I can also go on vacation with my friends, ride jet skis, visit my grandparents’ lake house, or simply stroll the streets of my own village, which isn’t an exact replica but does contain the most anxiety-inducing grocery store ever designed.

Or the shopping mall.

It is every shopping mall and none. It is a closed-down mall, a 1980s throwback mall, a glitzy Detroit suburb mall, all in the same enormous building (one side of which is a second-run discount movie theater, another, a seedy strip mall).

Because I am lucid in these dreams, but still obviously dreaming, I occasionally treat myself.

But because I am lucid in these dreams, but somehow still awake, I occasionally treat myself. I wake up the next morning, confused as to why there are notifications that Wish has received my payment.

The first time this happened, I panicked, until I saw that I’d only spent three dollars on a charming little ring instead of eleven dollars for a set of ten crack pipes.

I don’t know why those always pop up in my recommendations.

The second time it happened, I’d spent twelve dollars, total. Nothing alarming. I’ve done this five times since August and as it turns out, I’m just as cheap in my dreams as I am in real life. Otherwise, I would have to seek some kind of treatment.

Most of the time, what I buy in my dream is nothing like what shows up in my mailbox. One night, I bought a huge potted plant and tickets to a Billy Joel concert. Waking in a panic, I found that all I’d ordered was a correction tape that prints little owls over your mistakes. Total cost: $3.87 after shipping.

Other times, I’ll dream of buying something adjacent to the product I’m actually sleep-buying. Nail polish in the night becomes an eyeliner/eyeshadow combo in the morn. Brass knuckles become a silicone mold for casting self-defense keychains from resin. They make sense. But none of them have been literal.

We’ve come through a lot of words here to get to my point: I have literally had a dream come true.

It is a hoodie. And it is beautiful. 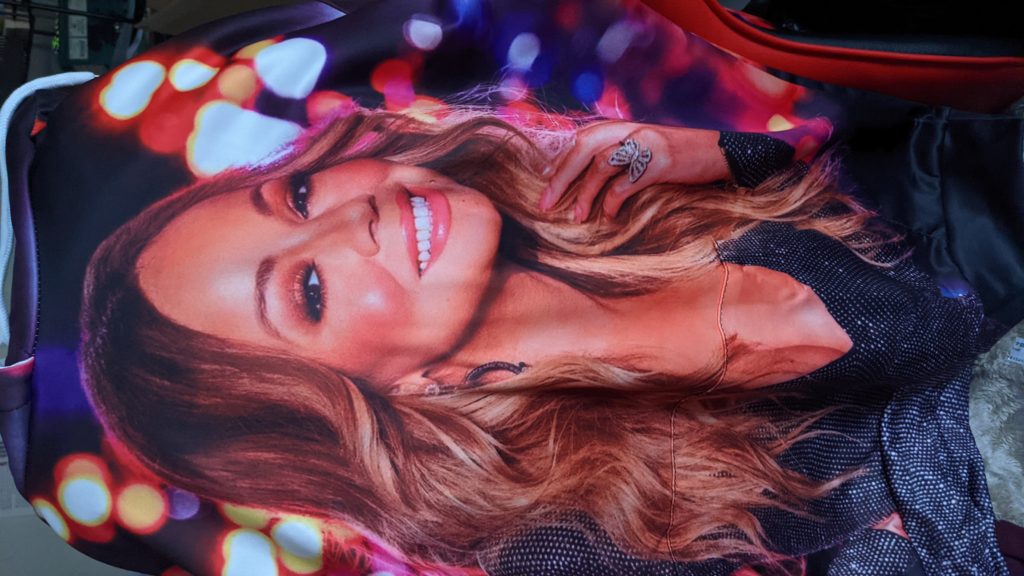 Well, it’s official. The last installment of The Boss Series is on-sale. And here is everything you need to know! 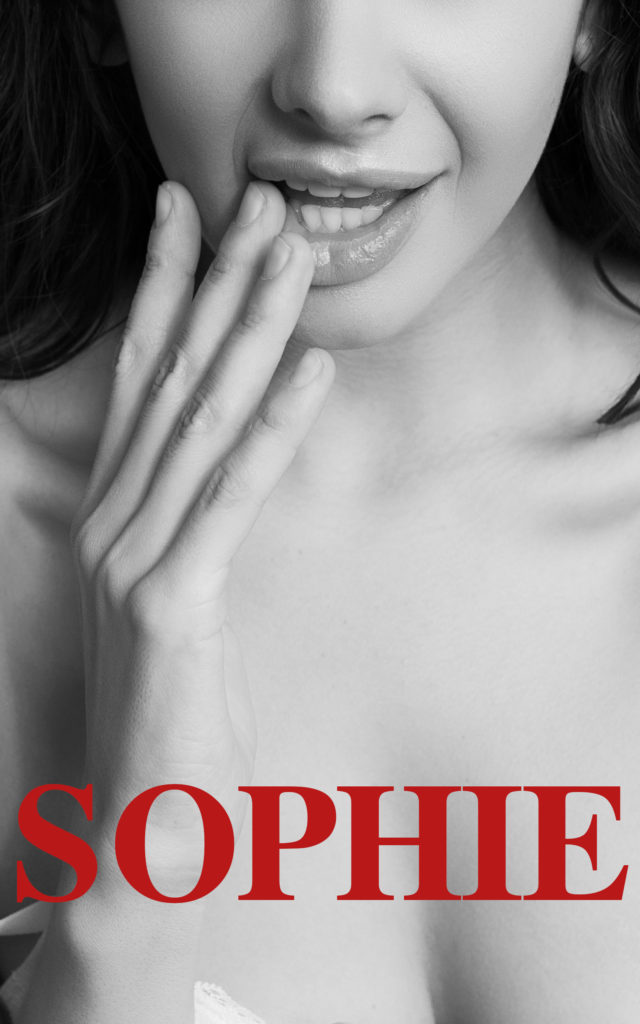 The Year of Chaotic Creation Update!

I said I would do it. And now it’s here.

It’s the year of Chaotic Creation. And my, what a year it has been.

How have I passed the time so far? What have I created, aside from the very, very brief animation above?

I made fan art of my own characters. I started out with Iris, from Nightmare Born: 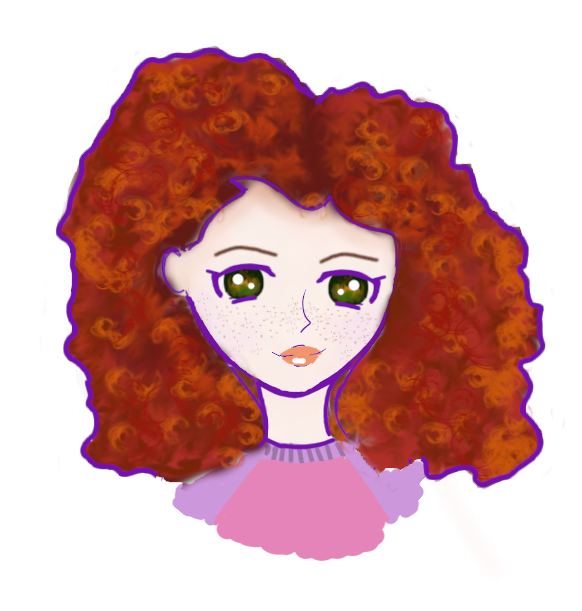 She’s outlined in purple because that color is a theme in the book.

I tried to cartoon-ify Sophie from The Boss, too, but I forgot her shoes and, as Bronwyn Green noted, it looks like Sophie is aware of the oversight: 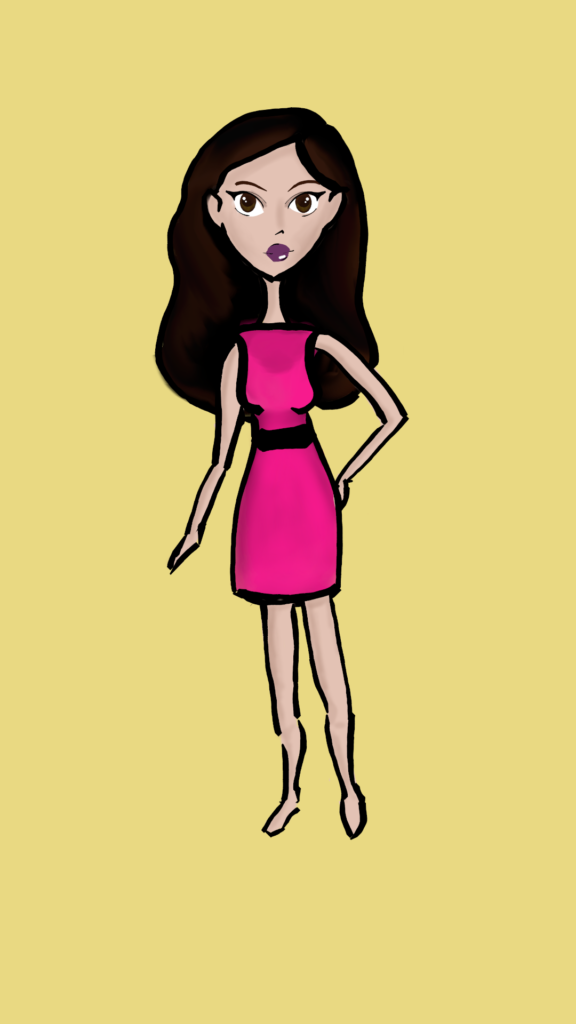 Please note, I left plenty of room to do shoes and even a shadow on the ground but I was like, eh, fuck it, good enough.

Look, I’m just getting the hang of digital art, okay? I’ve never used a Wacom tablet before and although I am an eternal child, I am also an old. I’ll get better. I’ve even got plans for what I’m doing with this skill when I do get better!

I’ve also started learning some very, very, very basic game design. Will I ever make a game? Who the fuck knows. But it will be nice to know how they work.

“But Jenny,” you may be saying to yourself, “What about your Patreon posts and other posts here?” You’re probably not saying that because you’ve been following this blog and you’re so much nicer to me than I could ever possibly be, but never fear, it’s been lurking in the back of my mind. I’ve been working on those things, as well, but my brain has been pretty overwhelmed with the violent insurrection and the whole civil war thing we have going on of late, so I can only do a little at a time. But you know what? I’m actually very, very, very proud of what I’m getting done, even if it’s not a huge word count every single day.

I hope you’re all staying happy, healthy, and not-seditious. If you aren’t already subscribed to my YouTube channel, it might be worth your while; I’ll be uploading some content soon (internet issues have made uploading anything a total nightmare) and it’s gaming oriented, so if you’re into The Witcher, Stardew Valley, or Graveyard Keeper, smash that notification button or however the kids are saying shit these days.