A Walk Through Mushroom Forest

This weekend, I went on a retreat with some writer friends to a campground in Grand Haven, Michigan. While looking for a place to smoke a joint in some peace and god damn quiet (because it was a campground and they were having some sort of Halloween family weekend or something and there were kids just everywhere), I wandered off into the woods. It was just regular old woods, just like around any camp ground, meaning it was full of trash and junk that people had rudely disposed of out there (including a rubber glove, which I don’t even want to think about). But there did seem to be a trail, and as I ventured down it, I saw something that wasn’t trash: 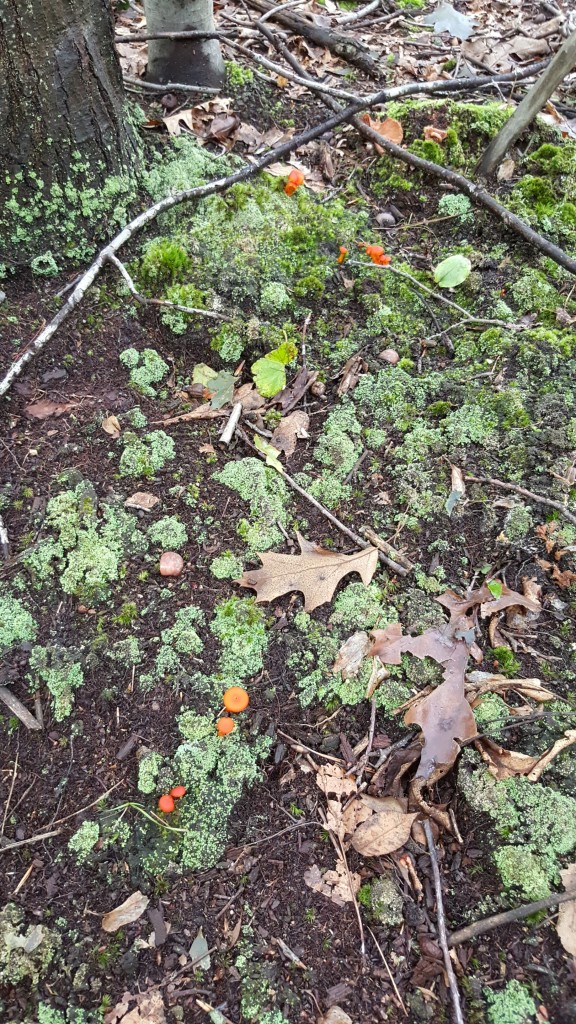 (The rest of this post is image heavy, so I’m putting it behind a cut)

I found all kinds of mushrooms, like this one, which is incredibly toxic, so never eat it. 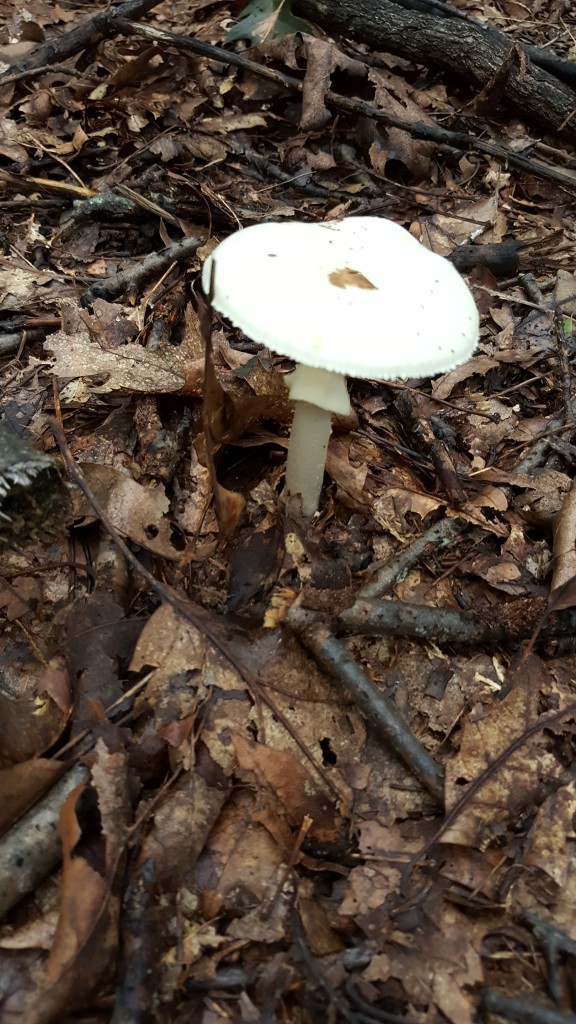 In fact, never eat any random mushroom you just happen to find in the woods. Even if it looks like fruit snacks:

Don’t eat mushrooms that look like something else has been eating it: 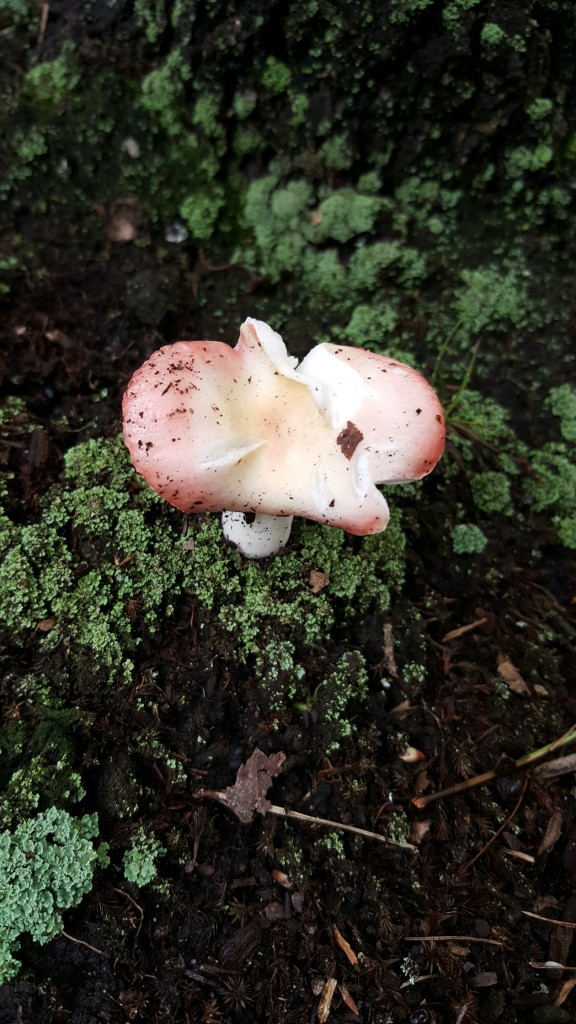 Not necessarily because it might be poisonous (though it might), but because it’s rude to eat someone else’s dinner.

I found a slug:

I’m pretty sure he wasn’t dead.

I also found a chair that is definitely for some kind of elven king: 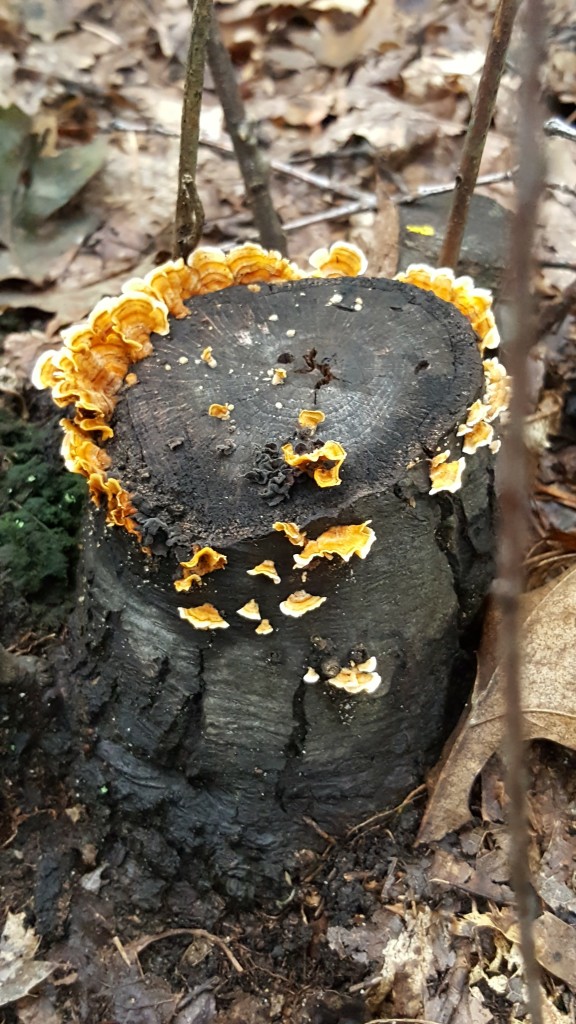 And what is almost certainly a meeting place for fairies: 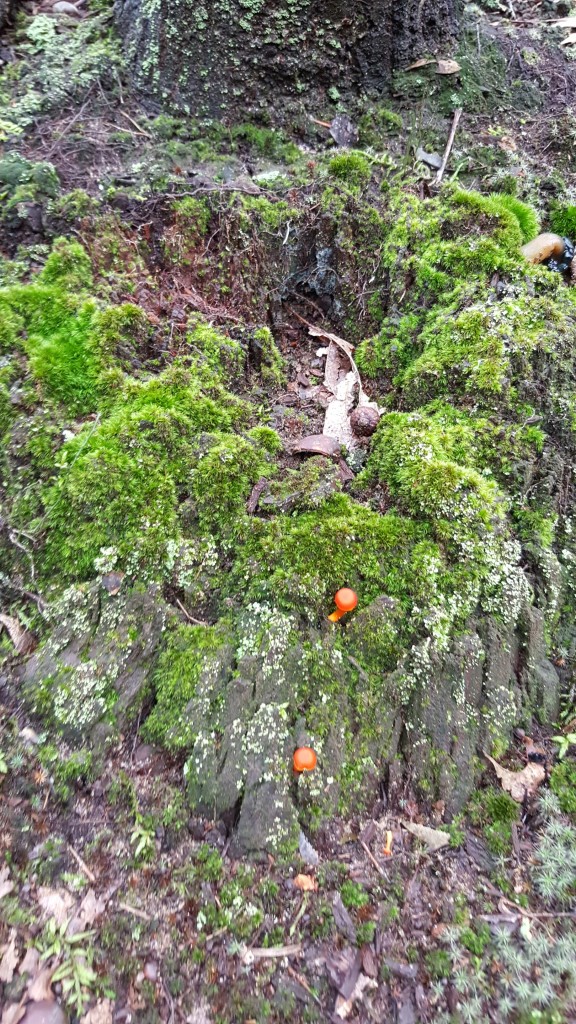 I have never seen so many different mushrooms in my life. For example, purple ones: 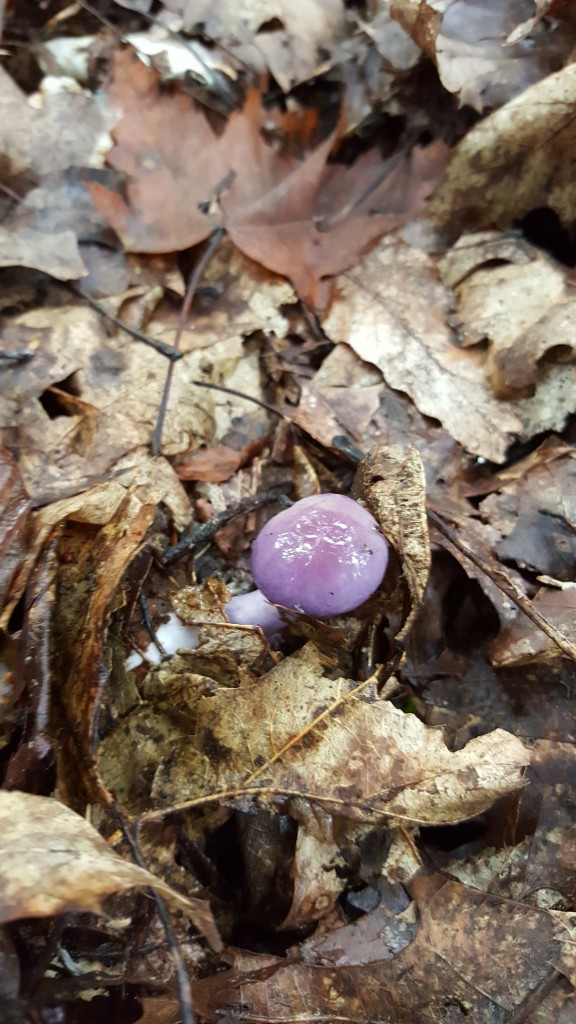 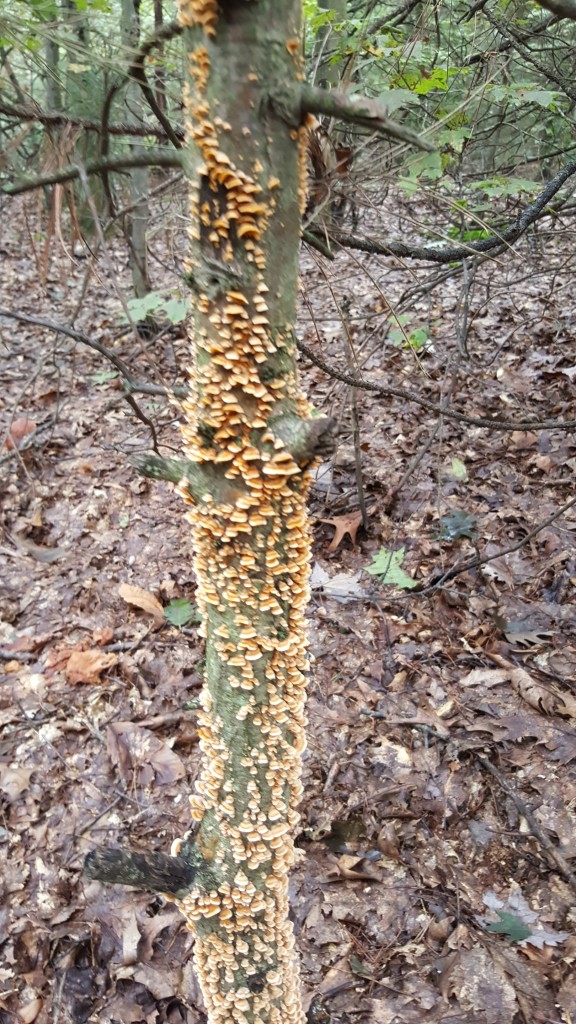 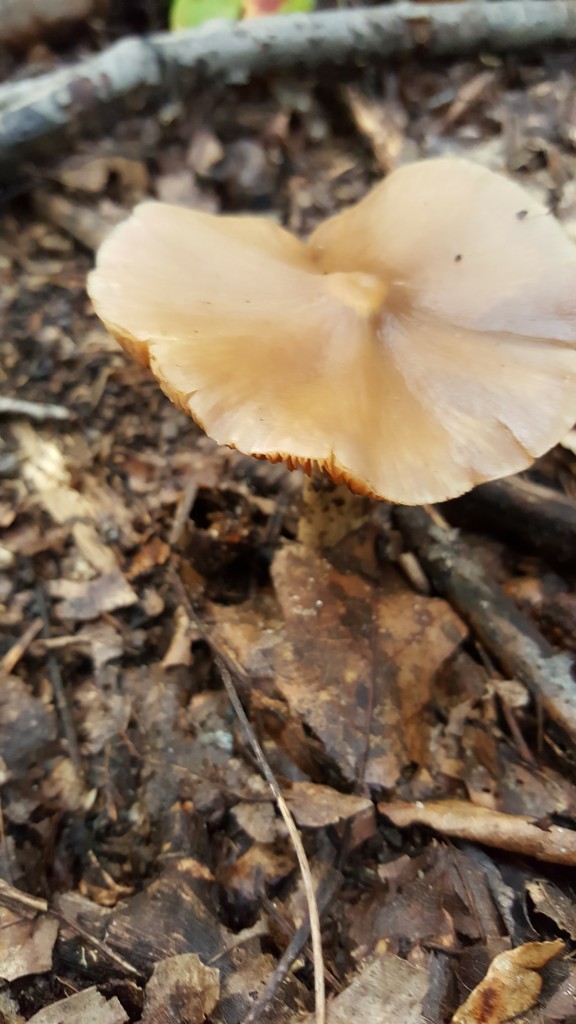 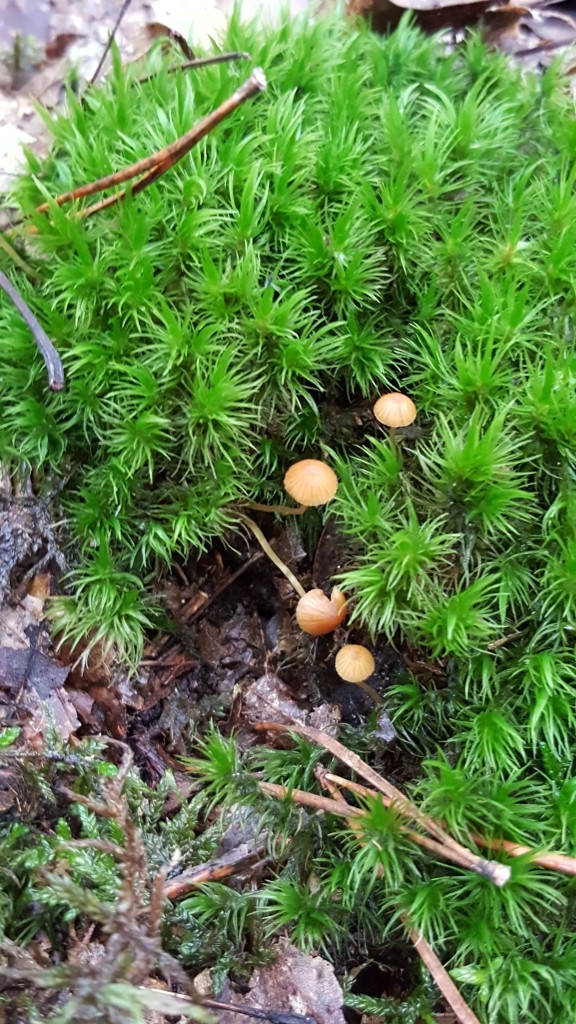 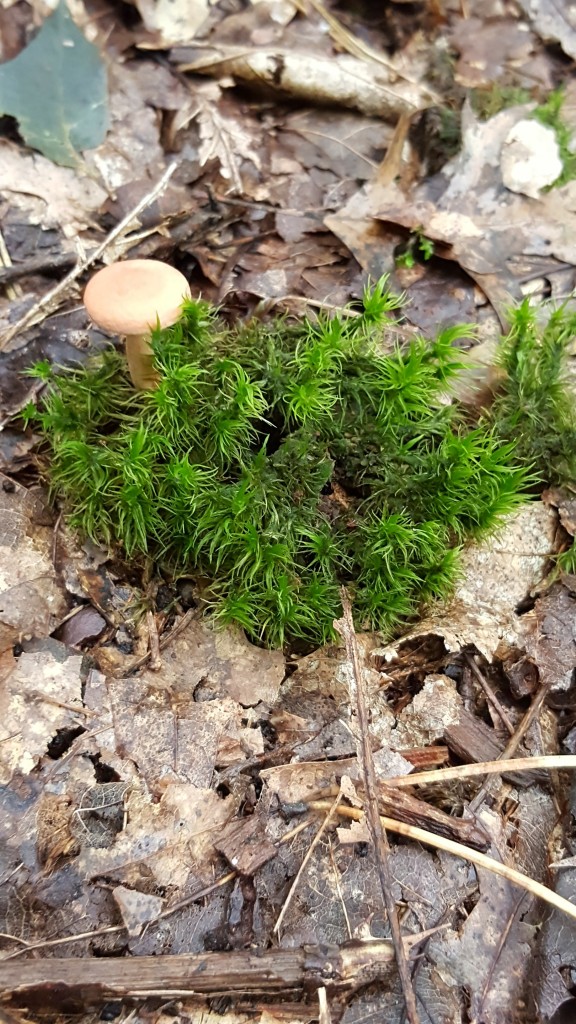 And as I walked around taking these pictures, I remembered that where you see mushrooms, there’s stuff going on under the ground. I got the weirdest feeling that I was walking around on top of a giant mushroom. That, coupled with my desire to venture ever deeper into the forest, following the trail of mushrooms, pretty much convinced me that I was going to be devoured at some point. So I fled.

That was my visit to the mushroom forest. If you enjoy seeing random pictures from my pointless adventures, might I suggest visiting my Instagram? If you go there right now, you can see a picture of a toad.