In an effort to promote work I love (rather than just tear apart that which I hate), I introduce to you this book that I love. Meet Strangely Beautiful by Leanna Renee Hieber. 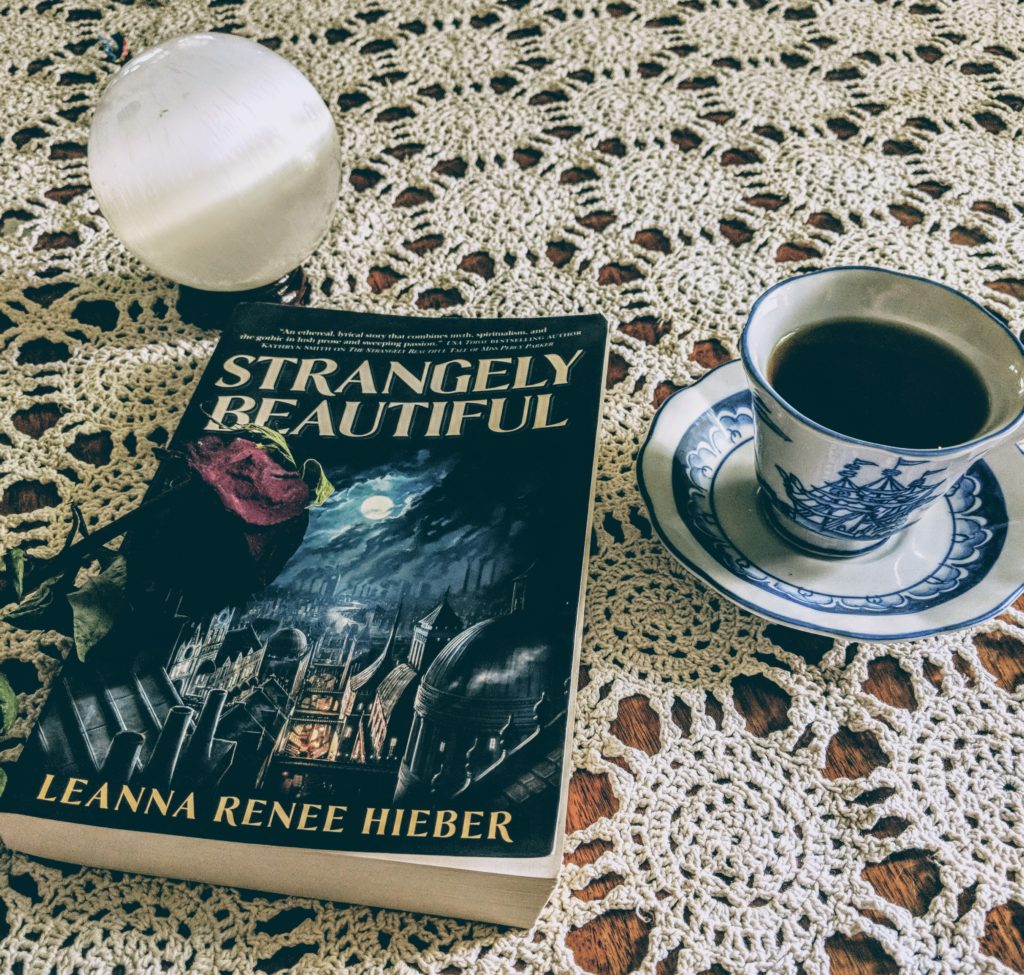 Go check it out at Macmillan.com

Now, some background on this book. This is actually an updated volume that contains two books, The Strangely Beautiful Tale Of Miss Percy Parker and The Darkly Luminous Fight For Persephone Parker. Anyone discovering this gaslight fantasy series now is super lucky; they don’t have to wait for the sequel (like I did). They can just get it in one book.

I read The Strangely Beautiful Tale Of Miss Percy Parker in 2009 when I received it as a freebie at a convention. I fell deeply, deeply in love with it. A gaslight fantasy about a mystical task force, The Guard, who protect Victorian London from restless spirits and supernatural dangers, it hit every one of my reader sweet spots. I fell in love with the heroine, Percy, a young woman who’s more like a living ghost, with moon-white skin and hair and supernatural abilities even she doesn’t understand. I swooned over Alexi, the dark, brooding schoolmaster who leads The Guard. And reading scenes with The Guard? I totally felt like I was a part of them like they were all my friends and I was included in their divine purpose. The writing is lush and the world is rich. The original mythology blends seamlessly with the traditional mythology woven throughout (fans of Persephone and Hades, in particular, will fall in love with this book). It absolutely blindsided me and I couldn’t understand why everyone wasn’t talking about it and fangirling over it as much as I was.

So imagine how I, a person who generally overreacts to things I like, finally met the author, Leanna Renee Hieber, in 2010 after the release and my subsequent devouring of the sequel.

I was actually pretty cool. “I really loved your book, I can’t say enough good things about it.”

But when she cosplayed as Percy Parker for a party later that night (and stayed in character the whole time)?

I threw myself, practically sobbing, into her arms and cried, “I love you so, so much!”

Luckily, Leanna is as passionate and awesome about stuff she loves as I am about the stuff she writes, so she totally got it. And this particular copy is signed, “Percy loves you so much!” so there, it’s canon, written in the author’s own hand, no take backs.

How much of a fangirl am I for this series (which includes a prequel, The Perilous Prophecy Of Guard And Goddess, now available as The Perilous Prophecy and the upcoming sequel, Miss Violet And The Great War, which I am totally freaking out about)? I have every version of these books, from the originals to the releases (all signed, of course) as well as the ebooks because I want to be able to carry them with me everywhere so I can read my favorite parts when the mood strikes me. Which, for me, is saying something, because my stunning array of learning disabilities makes reading super duper hard for me.