In an effort to promote work I love (rather than just tear apart that which I hate), I introduce to you this book that I love: Dead Mountain: The Untold True Story of the Dyatlov Pass Incident by Donnie Eichar. 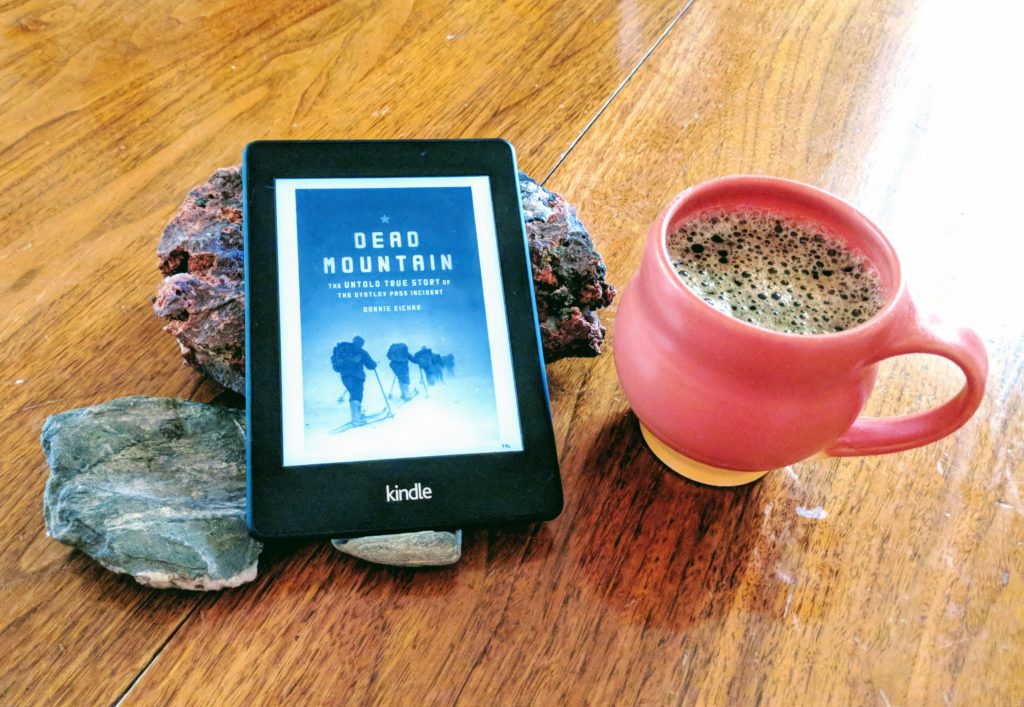 If you’re unfamiliar with the subject matter, the Dyatlov Pass Incident was a tragedy that claimed the lives of nine experienced hikers on an expedition in the Ural Mountains in 1959. Searchers found the party’s tent slashed and their campsite abandoned. The bodies of Igor Dyatlov, Yuri Doroshenko, Lyudmila Dubinina, Yuri Krivonischenko, Zinaida Kolmogorova, Rustem Slobodin, Alexander Kolevatov, Nikolai Thibeaux-Brignolles, and Seymon Zolotaryov were found over a period of two months and in varying states of injury, mutilation, and radioactivity. The botched and secretive investigation by Soviet authorities led to half a century of cover-up allegations about everything from Big Foot to nuclear testing. The investigation’s final conclusion––that the hikers died due to an “unknown compelling force”––only fueled further ghoulish theories, and we still have no idea what happened to the hikers that night.

I’ve been obsessed with the Dyatlov Pass incident for a long time, owing to my inclination toward the spooky and weird. Despite how much I want to believe in creepy, otherworldly things, I had already accepted the practical and realistic explanations for the “mutilation” of the hikers’ bodies (naturally occurring decay and scavenging), the fact that some of them weren’t properly clothed (paradoxical undressing) and the slash made in the tent (they had knives, duh). But I’d never found a satisfying answer to the biggest remaining question: why would a group of skilled hikers abandon the safety of their camp, taking no supplies or proper clothing? What made going unprotected into the mountains at night seem less dangerous than staying?

I went into Dead Mountain expecting to be disappointed by the totally rational explanations that would be offered by a serious book. I came away from Dead Mountain more terrified and unsettled than before.

Eichar writes about the hikers as the complex, vibrant people they were in life in a way many accounts of the tragedy ignore. Eichar makes it clear that this isn’t a ghost story or a conspiracy theory playground, but an event in which real people with family, friends, and loved ones were lost in a gruesome and horrifying way. He accomplishes this by mixing details of the investigation with a painstaking recreation of the group’s journey up the mountain that would ultimately claim their lives. When you reach the climax––and see Eichar’s hypothetical account of what could have happened––it makes this loss of life all the more terrifying.

After reading Dead Mountain, I’ve come to accept Eichar’s theory as the most logical and likely. And I really, really wish I didn’t. Whether you’ve never heard of the Dyatlov Pass incident or you’ve spent hours combing message boards and conspiracy videos, this book will stay with you for a long, long time.