The bar cannot be lowered. The bar has hit the magma core of the earth.

This is a short post because honestly, there’s not a lot to say about this other than, “well, that’s predictable.” Because it has never been a surprise to see shitty people’s shitness ignored in favor of cash. It’s just how the world works and I think we’re all pretty comfortable with stating that as a blanket truth, right?

Jamie McGuire’s Beautiful Disaster is getting a movie adaptation.

I’m not sure if that news has been officially announced by McGuire because I’m not a QAnon conspiracy theorist so I don’t follow her on Parler, but I got a DM from a true MVP that included these screenshots:

Back when she was still on Twitter, McGuire tweeted the following: 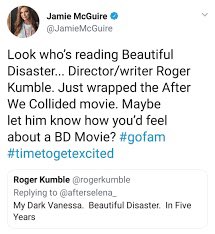 And whoa, hey, look what ole Roger is up to: 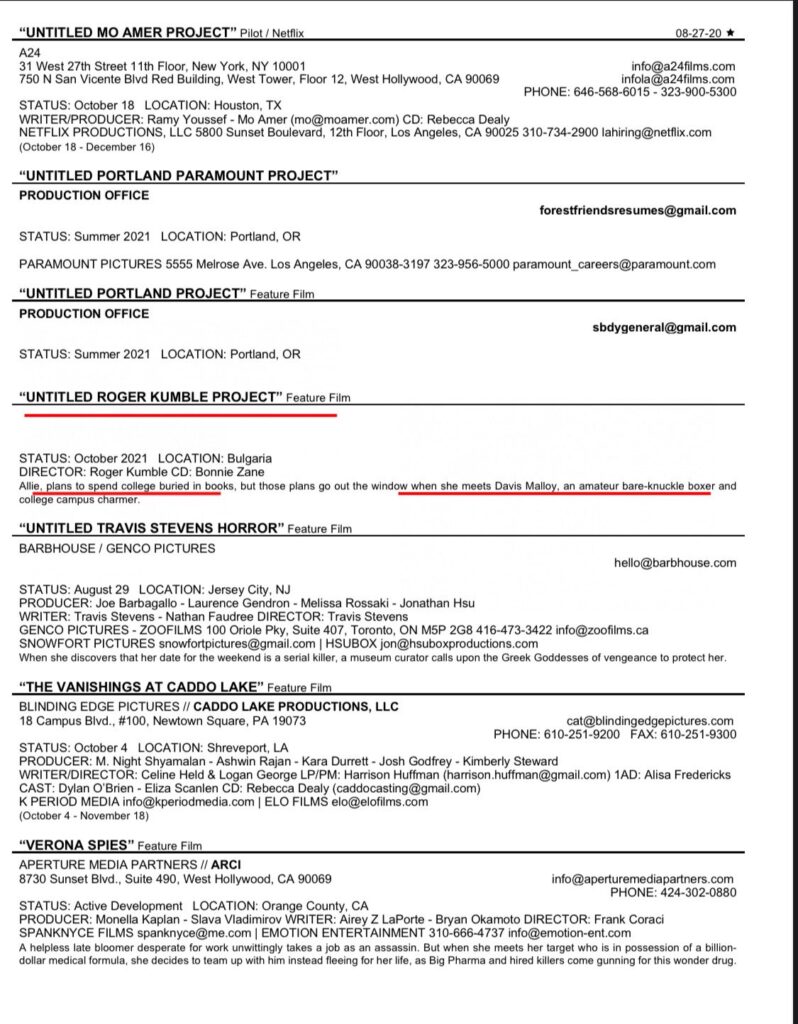 As my source kindly highlighted here, “Untitled Roger Kumble Project” is a feature film going into production in Bulgaria in October, 2021. And it sounds…familiar. I mean, the synopsis is, “Allie plans to spend college buried in books, but those plans go out the window when she meets Davis Molloy, an amateur bare-knuckle boxer and college campus charmer.” So, has Kumble ripped off McGuire’s magnum opus?

No. You see, Kumble is no newcomer to Hollywood. He directed his first film, Cruel Intentions (yes, that Cruel Intentions) in 1999. So, surely he’s aware that certain unsavory connections to “Untitled Roger Kumble Project” could make it difficult to cast or distribute.

For example, the fact that his source material was written by an anti-vaccine, election-fraud-conspiracy-peddling Parler princess who has:

McGuire is basically Kimberly Guilfoyle with a fading publishing career and worse plastic surgery. But Beautiful Disaster will be a movie.

You know. The book with the title that was tattooed on one of the January 6th insurgents. The book by the author who’s on the side of the people who tried to assassinate our former vice president and a whole bunch of congress members.

I’m sorry to be the one to bring this news to you, Trout Nation. I ask only that you don’t hate watch the damn thing when it comes out on Netflix or whatever. Because the algorithm won’t know that you’re hate watching it. And you’ll be putting money in the pocket of someone who’s already tried to run for an elected position once before. You might just be funding her next campaign.