Merlin Club S01E11: “The Labyrinth of Gedref” or “Let’s Go Kill A Unicorn”

So, here’s a quick rundown of episode eleven: Arthur kills a unicorn and everything in Camelot goes all to hell.

I’m leaving it at that, because that is really the entire plot of the episode.

If I had written this episode, I would have changed: From the moment Athur kills the unicorn, people are saying, “Historically, there are consequences to killing a mythological creature like a unicorn.” Then when weird shit starts happening (grain being spoiled, water turning to sand), Arthur and Uther are still like, “No, I think we’re being too hasty jumping on this unicorn thing. Let’s explore some other options. Like sorcery.” But dude, wouldn’t unicorns fall under the sorcery umbrella? I would have had them realize the link way earlier. Way, way earlier. Then I would have shown Arthur’s successes and failures at the tests affecting Camelot in positive and negative ways. Basically, I would have spread the tests out more and made them the center of the episode, rather than bringing them in during the second half.

The thing I loved most about this episode: There’s a fucking unicorn in it.

The thing I hated most about this episode: Besides the unicorn blindness that made Uther and Arthur lose their common sense? I hated the amount of comedic relief that was taken over hunger and lack of clean water. From a storytelling standpoint, it removes some of the urgency and forward momentum if you’re downplaying your main conflict for funny shots of characters eating bugs.

Something I never noticed before: The unicorn is alive again at the end of the episode. I don’t remember that happening at all before. Or maybe I thought I was confusing Merlin with Legend and mentally corrected something that wasn’t wrong in the first place. 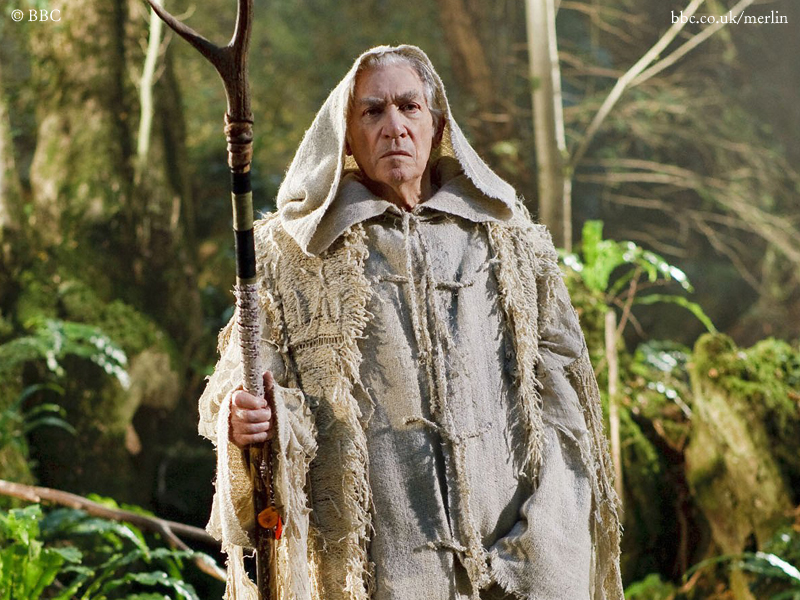 Here is proof of some random headcanon I created: None this time around. I would say it’s a welcome change, but it’s just laying low until next week.

What object would Bronwyn steal from this episode? The unicorn’s horn. And she would give it to me, because I could put it in my unicorn collection. UNICORN!

What Merthur moment did Jess have the naughtiest thoughts about? I assume that in Jess’s mind, the scene where Arthur makes Merlin try the rat dinner ended much differently. Probably with a spanking.

That’s it for this week. Join us on Monday as we watch S01E12, “To Kill The King” at 8pm EST on the hashtag #MerlinClub.