Merlin Club S02E03 “The Nightmare Begins” or “The Mindfuck Begins”

So, here’s a quick rundown of episode three: A grown-ass woman is gaslighted and treated like a child by every person she believes she can trust, and an entire fandom dismisses her storyline hereafter as being totally unreasonable and out of character, thus justifying their hatred of her, despite the fact that she’s been living in an abusive foster household since she was ten years old.

Okay, there’s more to it than that. Morgana catches on that she has magic when shit around her starts exploding for no reason. Gaius won’t tell her she’s magic (for her own good), and the dragon doesn’t want Merlin to tell her (for everybody’s own good) and Merlin helps her escape to join the druids. The druids are all, “That’s cool, we can help you,” but Uther thinks she’s been kidnapped, so that’s not great for the druids. So Merlin has to go after her, and she doesn’t want to leave the druids, and this leads to this big battle, in which Mordred (the creepy omen kid from last season) shows off his rad battle shout and gets a reason to hate Merlin and Camelot even more (for leading Morgana to the druids, which leads to the guards finding the druids, and then for taking Morgana away).

If I had written this episode, I would have changed: Probably nothing. Aside from Morgana’s entire character arc and the way the writers treated it.

The thing I loved most about this episode: All the Mergana moments. Yeah, it wasn’t as explicit as what Arthur imagined it was, but there were seeds of what could have been an awesome forbidden romance in there. Imagine the rest of the series if Merlin and Morgana had once been in love. It would have been YES. If I had a time machine, I would go back and get a job writing for this show and fix everything I don’t like.

The thing I hated most about this episode:

Something I never noticed before: This is the first episode in which we get a hint about Morgana’s true parentage:

Uther: “That’s not Morgana. In all her years I’ve never known her run from anything. Takes after her father too much for that.”

After that quote, Gaius tells Uther that he hasn’t let Gorlois down, and Uther has this really pained expression. When I first watched this scene, I had assumed the tortured look was because he was doubting Gaius’s words, believing he really had let his friend down. But rewatching this scene this time, it all clicked for me. So, I rescind my earlier allegation that by season two, the writers didn’t know what they were doing. I maintain that position for season one. 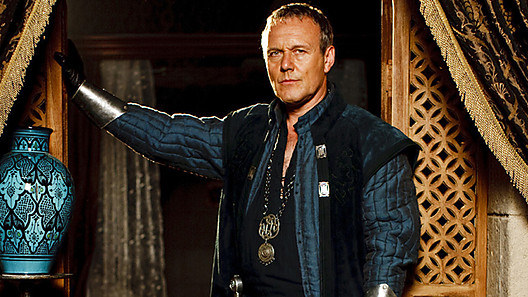 Is it green? Or is it blue? Because in that photo it looks blue. Anyway, this outfit shows up often and it’s super badass. It doesn’t look like much from the front, but it’s perfect for angry king walking because in the back it’s amazing. It’s really long and split, so it looks super foreboding. Unfortunately, like most costumes on this show that have spectacular details on the back, it’s nearly impossible to get a picture of this.

Either way, I mostly nominated it for the way the color brings out Anthony Head’s eyes. 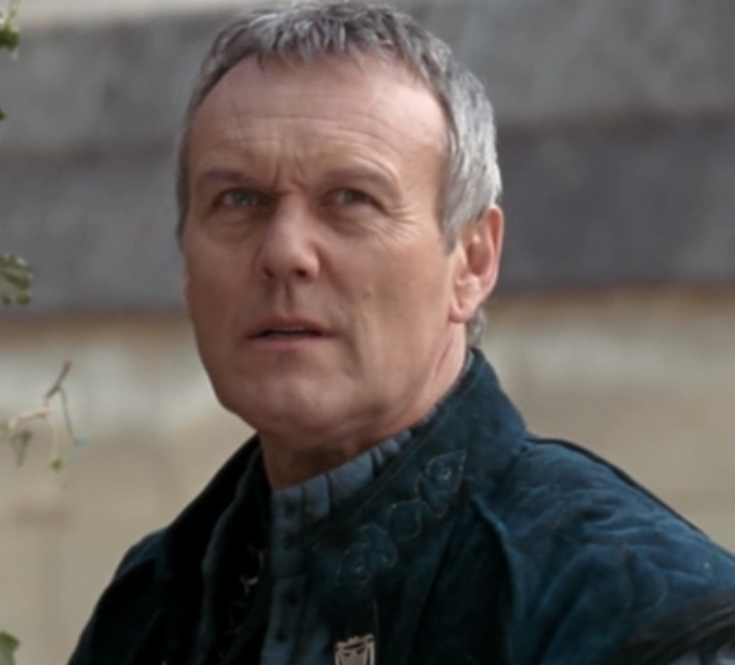 Here is proof of some random headcanon I created: Okay, so while I am abandoning my theory vis-a-vis the writers shoehorning Morgana’s parentage in at the last minute without any foreshadowing, I will continue to point out the scenes that still read as creepy. Namely, the scene where Morgana is found safe, and for like a whole second the audience is pretty sure that Uther is going to straight up romance novel kiss her on the damn mouth.

What object would Bronwyn steal from this episode? All the little structures in the druid village, which she would cram into her backyard like a medieval pillow fort:

What Merthur moment did Jess have the naughtiest thoughts about? When Arthur asked Merlin, “Where are my flowers?”

That’s it for this week. Join us on Monday as we watch S02E04, “Lancelot and Guinevere” at 8pm EST on the hashtag #MerlinClub.