State of The Trout: The Ex, Pre-Order Snafu, and First Time

Hello, everyone! The first thing I want to tell you guys is that I’m aware of the issue with the pre-order of The Ex from Barnes & Noble. I’ve contacted Smashwords, and I’m hoping we’ll have this issue resolved as soon as possible. Thank you all for your patience; I know it suuuuucks to be waiting for something and have it delayed. In the meantime, if anyone has ordered from another outlet and had this problem, please let me know in the comments.

Now, in case you missed it, OMG THE EX IS OUT FLAAAAAAAIL! 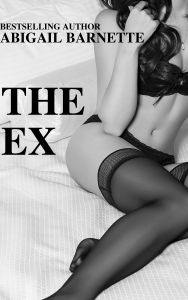 If you prefer to buy from B&N, I’ll update everyone when the problem gets worked out!

New project in the works

Okay, I’m really, really excited to talk to you about First Time, the new book with characters from the Sophie Scaife series that I announced at the back of The Ex.

Okay, remember when I was rolling my eyes about the idea of E.L. James and Stephanie Meyer et. al. rewriting their stories from the hero’s POV? A lot of us agreed that authors who do that are generally doing it to capitalize on their most lucrative projects; many of the rewritten-from-the-male-POV books have only released or been announced after their counterpart was a staggering success. And there’s nothing wrong with making money, or giving readers what they want.

For a while, I blew off the notion of these books, thinking they were just kind of a lazy cash grab. But then I started thinking about it, and they seem very hard to write. Months after you wrote the original story, you’re jumping back into the world, trying to get every scene between the two main characters exactly the same, but from a different angle. Fuck that, that is not lazy, and you will not catch me doing that kind of work.

So, I’m going to do it, but write the two books at the same time so I don’t have to go back and look shit up.

First Time will be the first book (obviously) in the By The Numbers series. I expect it to be a four book series, comprised of eight books. Because for each title in the series, there will be one volume from the hero’s point of view, and the other from the heroine’s point of view. Both will tell the complete story, so if you choose to read only one of the books, you’ll still get the entire thing and you’ll know what’s going on. You’d even know what was going on jumping from one POV for the first story the opposite POV from the second story. You can read both, or pick the voice you like, it doesn’t matter.

Now, if you haven’t read The Ex (and I’m impressed at how many of you have), the next bit is about the new project. Learning more about it will give you a (minor) spoiler for The Ex, so click the “read more” link with care. After the jump, I’ll share more information about First Time.

First Time will feature characters from the Sophie Scaife books. If you’ve read the The Ex, you know that Sophie has been dying to set up recently-separated Ian Pratchett with her bubbly, superstitious assistant, Penny Parker, and that’s just what happens in First Time. While the By The Numbers series will be all about Ian and Penny’s love story, characters from the Sophie Scaife series will make cameo appearances. Kind of like when a Buffy character would show up on Angel.

The timeline is very much entwined with The Baby, and any possible future books in the Sophie Scaife series. Because of this, First Time will release before The Baby. For fans of Neil and Sophie, I know it’s going to seem like I’m making you wait longer, but it would be too difficult to be vague about the events of The Baby to keep from spoilering you in First Time.

Like The Boss, First Time will end with a bit of a cliff-hanger. People were pissed off by the end of The Boss, so I’m going to be open about the lack of a HEA in First Time from this point on, just to save myself the angry emails.

That’s all I’ve got for this week, stick around for the Buffy recap!