So, here’s a quick rundown of episode seven: Morgana captures Merlin and uses a creepy snake thing to turn him into a killing machine intent on murdering Arthur. Wacky mishaps ensue, and Morgana gets her ass thrown into a tree.

The thing I loved most about this episode: The scene where Merlin straight up tells Leon that he’s going to kill Arthur, and Leon is all, “ha ha, classic Merlin.”

The thing I hated most about this episode: How bitchy Merlin was to everyone once he was being controlled by the hand snake. It seems like that would be a drawback in terms of how the spell works, because everyone would notice. Most of them did, except for Leon, whom I hate.

The other thing that bugs me is that there was this potential for a witch fight that would have been amazing, but instead they just used their magic to get into a shoving match. I wish that overall we would get to see more magic in action, rather than just “Fwah! I throw you!”

Something I never noticed before: I’ve watched this one so many times, it’s impossible for me to notice something new.

Favorite Costume: I’m torn between thinking I already chose this one in a different episode, and thinking we’ve never seen it before. But since I used every available opportunity to nominate Uther wearing armor for this one, I’m going to go ahead and just re-use it. the belt is key. 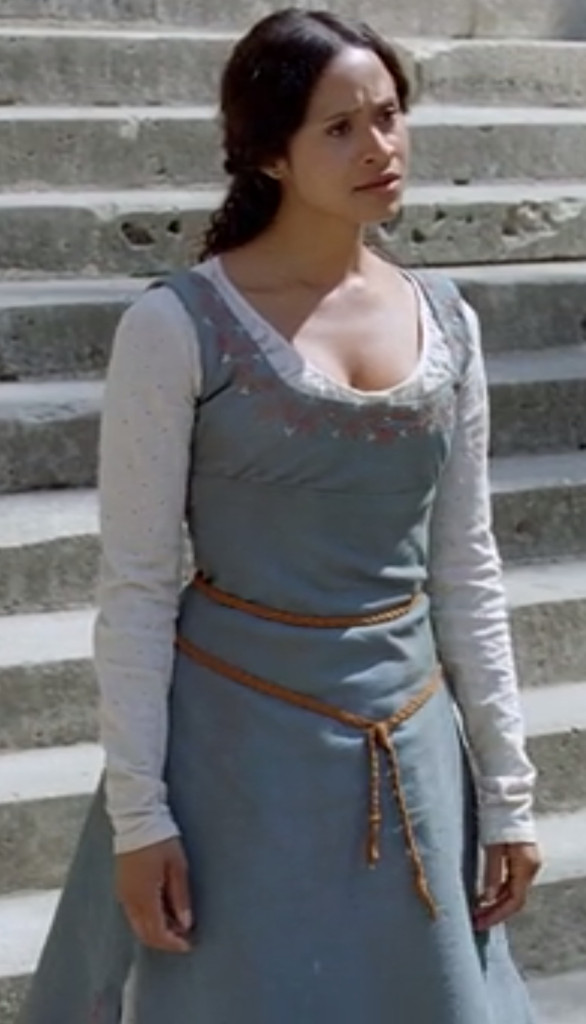 What object would Bronwyn steal from this episode? This is another one where I’m not sure if I used it before, but I think she would take this screen: 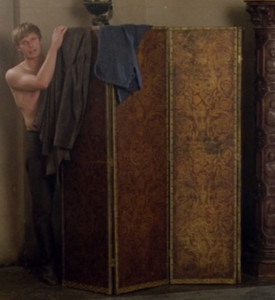 And use it to section off a little corner around her desk, because she has to have her back to a wall to write.

What Merthur moment did Jess have the naughtiest thoughts about? Not necessarily naughty thoughts, but I’m sure she absolutely loves the part where Merlin is trying to kill Arthur with the crossbow, and later with the bath water.

That’s it for this week. Join us next week for S04E08, “The Secret Sharer” Monday,  8pm EST on the hashtag #MerlinClub.