Merlin Club S04E10, “A Herald of The New Age” or “I feel like I’ve seen dripping children before.”

So, here’s a quick rundown of episode ten: Because the knights of Camelot all have absolutely no ability to learn or grow from their experiences, Elian drinks from a druid well and gets haunted. The ghost of a drowned little boy follows Elian around, demanding vengeance against the king, so Elian tries to kill Arthur and gets thrown into the dungeon. Merlin helps Elian escape, but Elian is all full of ghost vengeance, so he’s basically got a one-track mind. Turns out, the ghost boy doesn’t want vengeance on Uther, the king who killed all those druids, but on Arthur, the king who killed him specifically. Arthur apologizes to the spirit, and the spirit is basically, “We’re all good,” and the spell is broken and Elian goes back to normal.

If I had written this episode, I would have changed: We haven’t spent enough time with Elian for him to become a full-fledged character we can care about. With his sister in exile, this would have been the perfect episode to get to know him better, to explore his feelings toward Arthur about his sister’s banishment. Why does Elian remain so loyal to Arthur, even after he’s sent Gwen away? All of this is mentioned in the episode, but we still don’t get a why. We just get, “No, he’s still totally loyal to Arthur, don’t worry about it,” episode that just makes Elian look like a dick, because at the end, Arthur and Elian never talk about Elian’s feelings over his sister’s banishment. That could have been an amazing moment, but NOPE.

The thing I loved most about this episode: That we did get to see true remorse from Arthur about his banishment of Gwen, even if he didn’t really do much about it.

The thing I hated most about this episode: It’s a total rehash of the episode where Uther is confronted by the spirits of the people he killed, right down to the ghost-kid atonement. I also hated how out of character Gaius was. He was so snappy at Gwain–”If I wanted your medical opinion, Gwain, I would ask for it.” What the hell, dude. And then he’s like, the king doesn’t need to know about every accident in Camelot, but when Uther was king he used to spill like a sack of beans any time anything happened, whether it was something he should have told the king or not.

Something I never noticed before: Everyone is super quick to believe that Elian is cursed, but no one ever questioned whether or not Gwen could have been under a spell in the last episode. And at one point, Gwaine gives Merlin salt to put around his bed to ward off evil spirits… isn’t that, you know… witchcraft and superstition, stuff that’s illegal in Camelot?

Also, when Arthur tearfully confesses to Merlin that he didn’t want to lead the raid on the druid camp, that directly contradicts the characterization we saw at the beginning of the series. First season Arthur would have thought absolutely nothing of murdering druids. It’s only as he grew into himself and pulled away from his father that he started questioning his orders.

Favorite Costume: I don’t have one for this episode. It’s all basically the knights, and as funny as it is, I’m not going to pick Percy’s sleeveless chainmail as my favorite costume. Because it’s ridiculous.

Here is proof of some random headcanon I created: Nothing for this episode.

What object would Bronwyn steal from this episode? When I think “Bronwyn Green,” I almost immediately think, “Haunted druid well.” 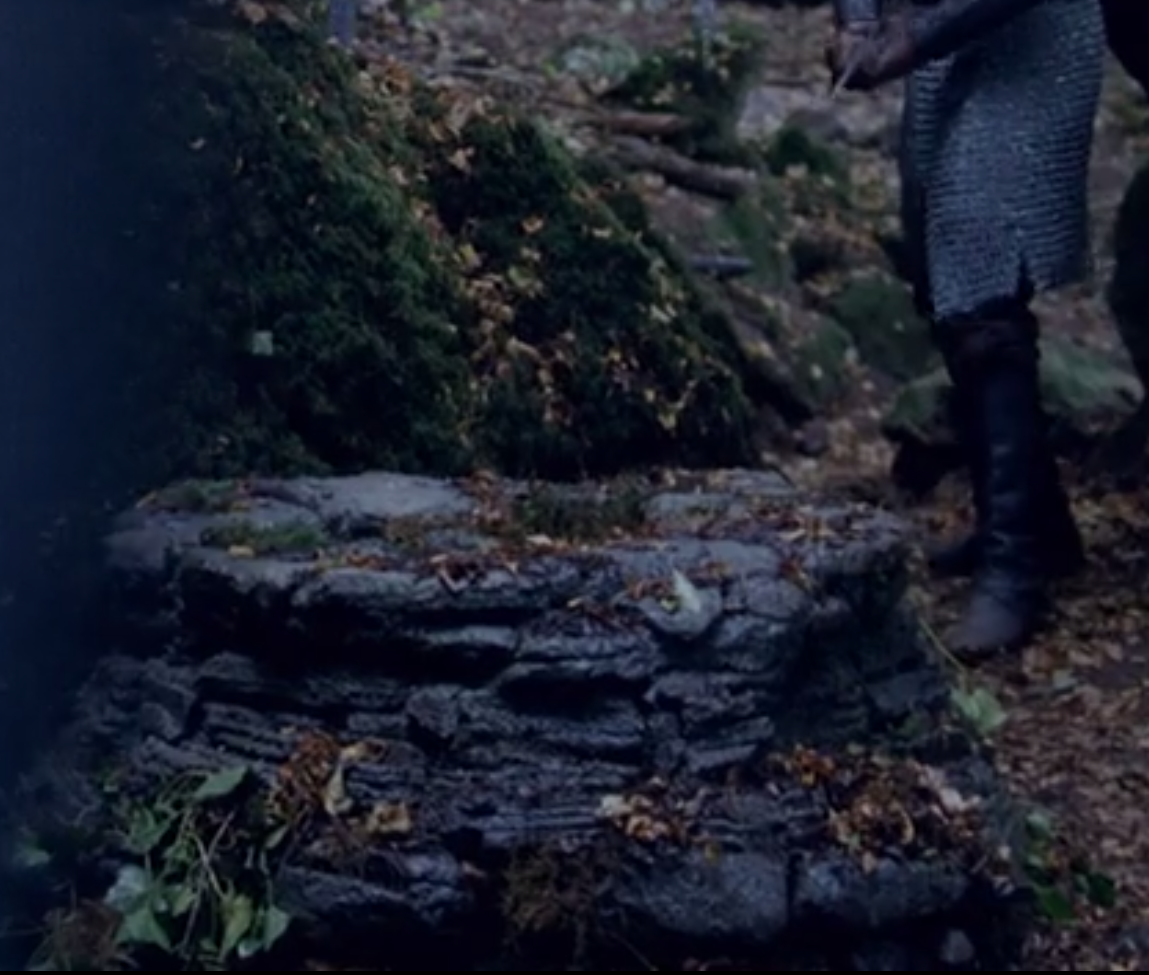 What Merthur moment did Jess have the naughtiest thoughts about? I’m sure she routinely imagines what happens after the end of the episode, when Arthur catches Merlin for that “hug.”