So, here’s a quick rundown of episode eleven: Gwen gets kidnapped by a dude who’s pretty hot, but in league with Morgana. Arthur gets engaged to a princess who’s pretty hot, but he’s just not into her. Morgana tries yet another plan that goes absolutely no where, and Agravaine is still the worst liar in Camelot. Also, Gwen gets turned into a deer, and Arthur’s new lady shoots her.

If I had written this episode, I would have changed: Agravaine has long, long out lasted his welcome. Morgana asks him more than once if he’s disappointed her. That’s how much he has fucked up. Yet she still keeps him around, which makes her seem stupid. Meanwhile, he’s the worst liar in all of mythology, and Arthur doesn’t suspect him of a thing. Which makes Arthur seem stupid. Agravaine should have been in three or four episodes, tops. To keep him around any longer makes both the heroes and the villains look stupid, so what’s the point of him being there at all?

The thing I loved most about this episode: The way Merlin acts like his OTP is being broken up by canon. Through the entire episode he’s acting the way I acted when J.K. Rowling said Hermione should have married Harry instead of Ron.

And I love that Gwen is a total bad ass in this one. Yes, she’s sad still over losing Arthur, but she doesn’t waste away like a wilting violet. She treks through the wilderness to save a kingdom she’s been banished from, just because she’s that loyal. This episode made me fall in love with Gwen, when before I had just been in love with Gwen as a part of the Gwen/Arthur pairing.

Also, Arthur had a new love interest, and she wasn’t a bitch. She wasn’t terrible or evil and Arthur could have been happy with her, eventually. She could have absolutely been Gwen’s replacement, but she wasn’t crafted for the audience to hate her. I can’t think of any time I’ve ever seen that happen on a show.

The thing I hated most about this episode: Why is Morgana so dumb, all the time? She started the series out super smart. It was easy to root for her. Now, we’re supposed to fear her, but it’s really difficult when she keeps doing so many stupid things. She has to find Gwen so that Arthur doesn’t find out the plan to attack Camelot through the siege tunnels. So… what was the point of turning her into a deer? Rather than go for the dramatic, maybe try just killing her? It’s not that I want Gwen to die or Morgana to win. I just want Morgana’s scary evil to make sense.

Something I never noticed before: Wait, they’re celebrating Ostara? What about druids and boo the old religion? 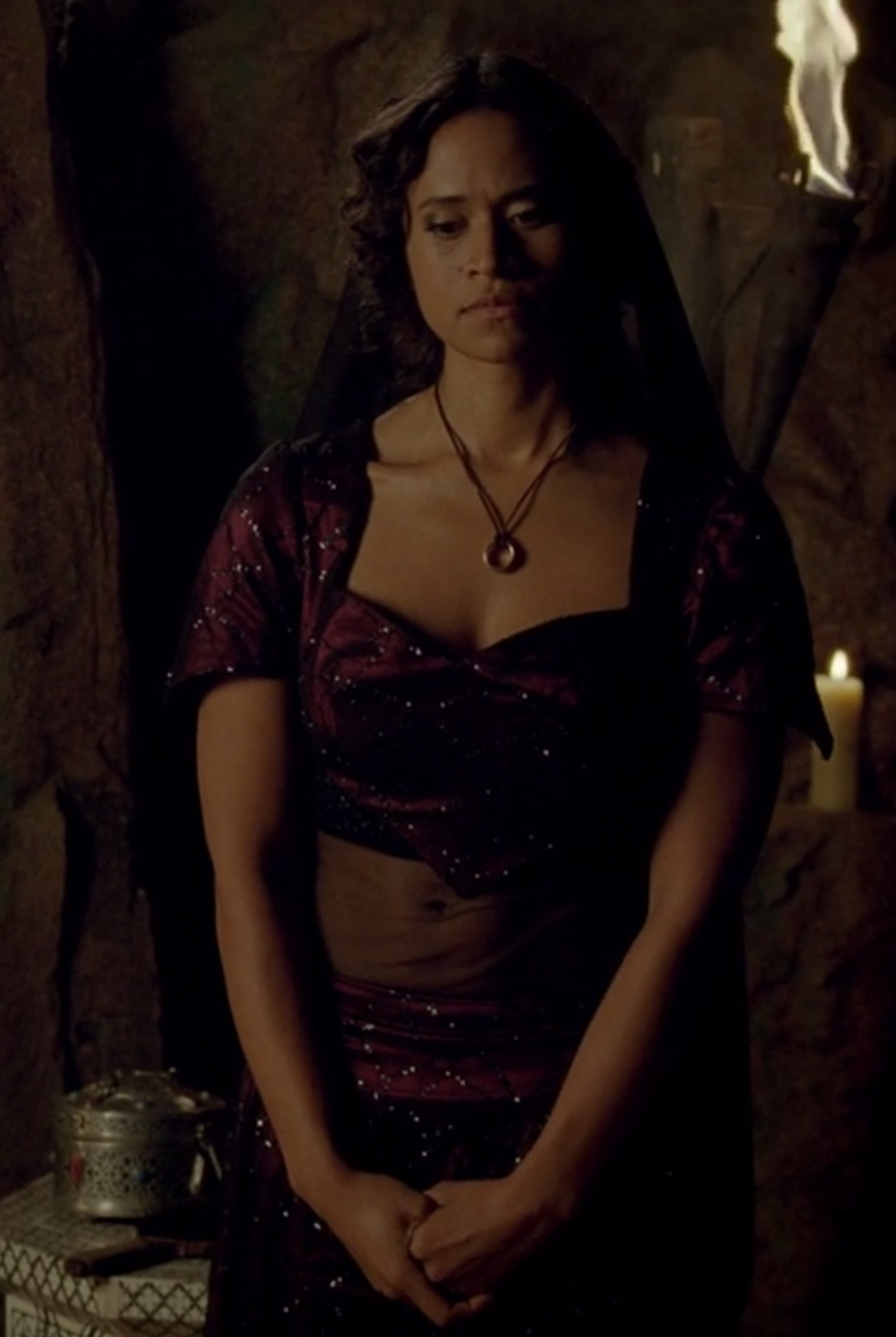 Here is proof of some random headcanon I created: None for this episode

What object would Bronwyn steal from this episode? Princess Mithian’s coat:

What Merthur moment did Jess have the naughtiest thoughts about? I’m sure she spent every moment of Merlin’s angst over Arthur’s engagement mentally writing fanon about how Merlin was really upset that Arthur was marrying anybody at all…