So, here’s a quick rundown of episodes one and two: Morgana is looking for “Arthur’s Bane,” which will kill Arthur and she’ll rule Camelot and yadda yadda. Morgana has been trying to rule Camelot more times than Mitt Romney has tried to rule the United States, and she’s pulling it off just as badly. At this point, she is no longer a credible threat, but Arthur has to rescue his knights, so he goes after her. There’s some primo fan service with Gwain and Percy getting all sweaty in a cave, there’s an alien for some reason, and we learn that the creepy druid kid Morgana rescued all those years ago has either aged really quickly or has aged appropriately within the timeline the audience is somehow not privy to, and he’s going to eventually kill Arthur.

If I had written this episode, I would have changed: I’m not really feeling the alien subplot. I also would have liked them to make the time jump between season four and season five more obvious; the first time I watched the show I had no idea when we were.

The thing I loved most about this episode: GWEN! Oh my god, Gwen is the ruler Camelot needs. She was absolutely stone cold in condemning Sefa, while all the time calculating that she would use the girl as bait in a trap. She didn’t try to appear understanding and kind, she went in and got the job done. You know I love Arthur, but Gwen is the one who needs to be running in this kingdom.

The thing I hated most about this episode: When the fuck are we?! Mordred is like thirty now. Let’s say that the last time we saw Mordred, was that in season three? He was like ten. That’s maximum. I wouldn’t buy that he was twelve or thirteen. I’m saying ten. So, he’s ten. Then there’s a time jump between the end of season three and the beginning of season four, right? But Morgause is still alive in the first episode of season four, so…what the hell is going on? Let’s say he’s seventeen here (and that’s as low as I’ll go), that’s still seven years over three seasons, but with no time jumps explained? How the shit is this happening?

Something I never noticed before: There is a point where in the cave where all the knights are working (the biggest fan service cave of all time), everybody is sleeping while guards patrol around. Why not work them in shifts, for continual labor? 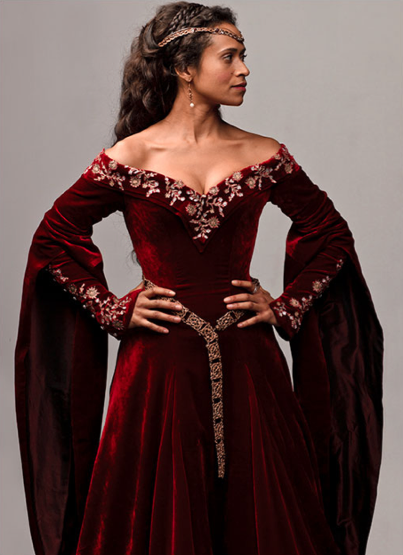 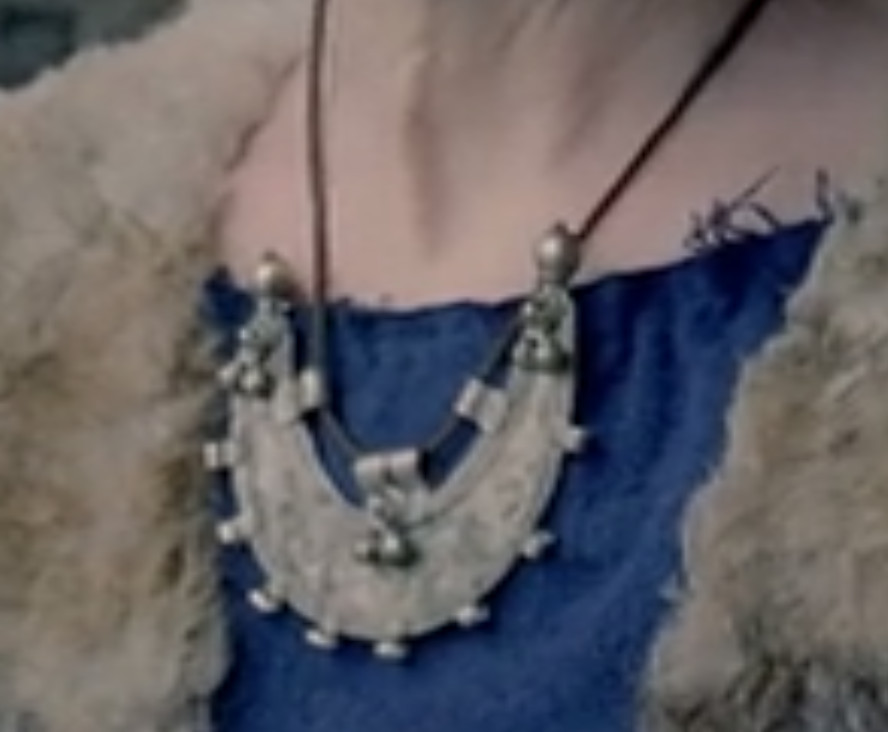 This is a shitty screencap, and I’m sure I’ve probably already used this one for this question before, but I honestly can’t believe she doesn’t already own this necklace.

What Merthur moment did Jess have the naughtiest thoughts about? In the first of the two episodes, when Merlin is sitting all by himself while everyone else is joking and laughing around the fire, and Arthur comes over and sits with him and they talk about the nature of knights going off to face certain doom and yadda yadda, and Merlin asks Arthur if he cares:

Arthur: “Only about my men. We’re more than friends. More than brothers. No matter what lies ahead of me, I won’t abandon them, as I know they would not abandon me.”

This was totally their when-he-said-as-you-wish-he-was-really-saying-I-love-you moment.