Merlin Club S05E07 “A Lesson In Vengeance” or “Doesn’t ‘lesson’ imply that you’ve learned something?”

So, here’s a quick rundown of episode five: Morgana tries to kill Arthur by blowing up a little bomb in front of his horse and having cronies come out from the woods and attack him. The horse bolts, Arthur’s saddle breaks, and Samwell Tarly the stable boy gets arrested because he has the same kind of thread as was in the sabotaged saddle. Samwell won’t tell anyone who actually did the deed, probably because that person was Gwen. What follows is an episode with so many convoluted plot twists that I don’t even know what’s going on.

If I had written this episode, I would have changed: So much. Sooooo much. The plot is absurd. Gwen is already in Camelot. She could easily have just killed Arthur. But instead, Morgana comes up with the plan to spook his horse, break his saddle, and get attacked. When it doesn’t work? Frame the stable boy, get him condemned to death, then have Gwen kill him, because apparently he won’t be as dead if the executioner does it. Then she tries to poison Arthur, and frames Merlin. And Merlin has been framed for trying to commit crimes so often, I don’t know why someone doesn’t either say, “Look, give him the benefit of the doubt, he’s never done this shit before and why should he start now?” or “This guy is always getting arrested for this stuff, he has to be guilty, let’s execute him just in case.”

But the thing I would change the most, I’m going to list under “The thing I hated most about this episode.”

The thing I loved most about this episode: Merlin in his Emrys guise, telling everyone in Camelot all the pent-up stuff he’s wanted to say for years.

The thing I hated most about this episode: HOW THE HELL DIDN’T ANYONE NOTICE THAT GWEN IS EVIL?! Seriously, guys? IT’S GWEN! Remember, Gwen? The woman who took loving care of the man who killed her father and once condemned her to death as well? She’s suddenly going to be all pro-death penalty? ESPECIALLY AFTER WHAT HAPPENED TO HER FATHER? This should not have been so difficult to work out. ARTHUR SHOULD HAVE BEEN THE FIRST TO NOTICE.

Something I never noticed before: Gaius examines Gwain’s arm for a really, uncomfortably long time: 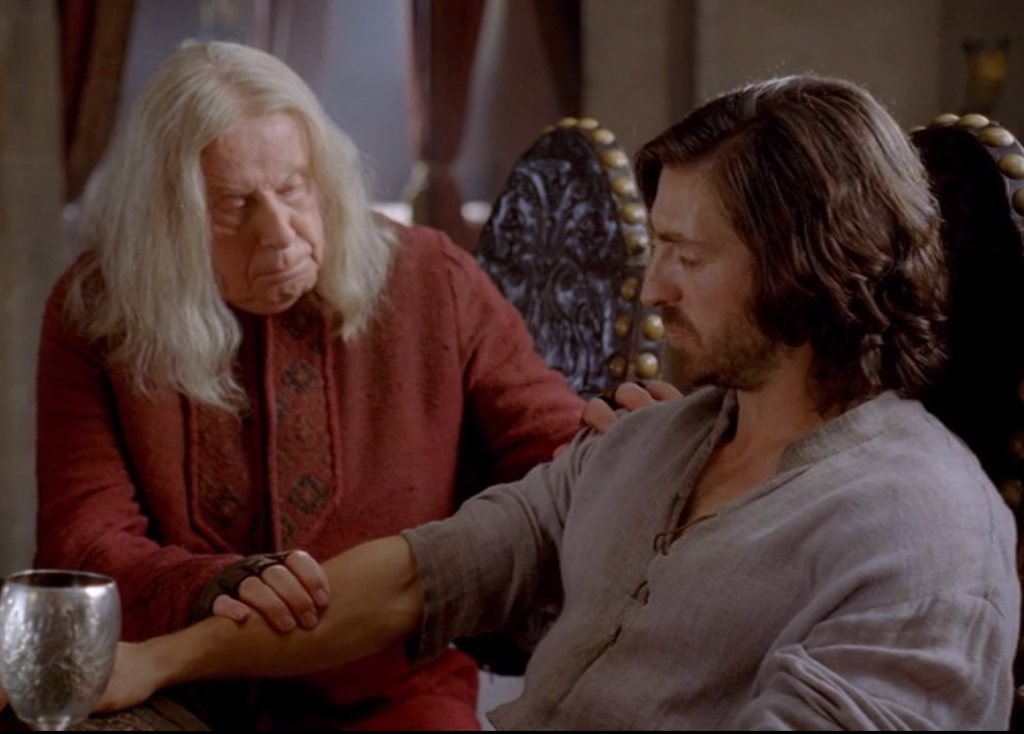 Proof of some random headcanon I created: Gwen is just as shitty and ineffective at carrying off an evil plan as Morgana is, so, you know. Mandrake theory from before. 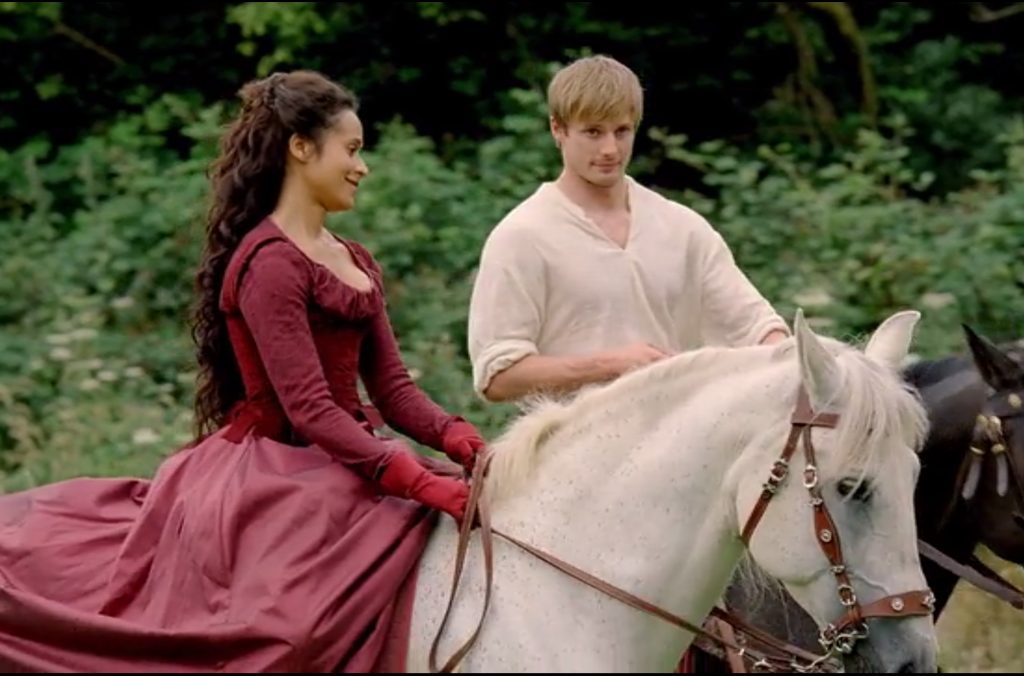 What object would Bronwyn steal from this episode? Gwain’s arm:

What Merthur moment did Jess have the naughtiest thoughts about? What DIDN’T she have naughty thoughts about this week? The #MerlinClub tag was all about the sexy.

How on Earth did you get in here? Do you think it’s the first time he’s had to get in the king’s chambers all secret like? #MerlinClub