Quick rundown of the episode: Lucius Vorenus has had about enough of two of his houseguests: his sister-in-law who’s perpetually crying about her missing, probably dead, husband, and his BFF Titus Pullo, who keeps going around treating slaves like people. Meanwhile, Mark Antony is running Rome the way Trump is going to run the White House, with threats, intimidation, and hideous decorating sense. He’s making it clear to enemies and resisters to Caesar’s rule that he’ll weaponize the senate, have them murdered, and marry their wives.

Vorena the Elder still has her mother over a barrel with the whole “I know you fucked my uncle and this baby isn’t mine” thing, which is really contributing to the household tension that’s driving Vorenus to drink. Pullo dissuades Vorenus from beating Niobe, suggesting the pair divorce, instead. But Vorenus  isn’t down with that. So instead, Pullo tells Lyde that he’s asked around and it turns out that her husband is dead, but hey, it’s not so bad, you’ve still got people who love you. It’s very clear that what he’s saying to both Lyde and Niobe is that they need to be careful, and not let Evander’s death become the thing that unravels their whole secret. We get a little more insight to what happened between Evander and Niobe, and it’s starting to sound like Niobe slept with Evander for his money, and the fact that he wanted a child motivated him into doing it. I guess maybe their plan was to wean the baby and then Lyde and Evander would take it? I don’t know, they don’t cover that.

At Atia’s house, she’s thinking of sending Octavian away to fight in Greece. But the more pressing issue is he still hasn’t “penetrated” anyone. She tells Titus Pullo to take Octavian to a brothel, but a clean, classy place. Not the type he would go to.

Vorenus returns home to a different marriage. Niobe has made dinner and gotten prettied up to seduce her husband, probably because if Lyde spilled her guts about Evander and the baby now, it would help if Vorenus was besotted with her.

Caesar is getting into some deep shit in Greece, and he asks Mark Atony to bring the XIII to Greece to help him. But Antony says he needs to think about it. Pompey offers Mark Antony a deal. If he doesn’t send troops to Caesar, he’ll get a province and all sorts of stuff. He tells Pompey’s man that the answer is going to have to wait a day. So clearly, he’s considering the offer. Atia suggests that Mark Antony marry her and not go to Greece. He could take over Rome with her money and his name, and she would basically be the first lady of Rome. And it’s this that sends Antony over the edge. There is Dynasty-level face slapping, and they break up. Antony is super ashamed of himself for even considering betraying Caesar, and he calls the XIII. They’re going to Greece.

Atia has a slave with a very impressive asset, and she’s going to send him to Servilia as a gift. “A large penis is always welcome,” she reasons, and sending gifts will gain Servilia as an ally. Atia thinks Servilia, as honest and sweet as Atia believes she is, has no idea that Atia was behind the graffiti that caused Caesar to dump Servilia. But that is not the case, and Servilia makes it very clear to Octavia that revenge is coming for Atia, but that Servillia doesn’t blame Octavia for her mother’s actions, and there shouldn’t be any bad feelings between them.

Pullo bids farewell to Eirene, whom he’s clearly developing romantic feelings for, and Vorenus and Niobe share a sad goodbye, and everyone leaves for Greece. The ship Pullo and Vorenus sale on is not faring so well in the tossing seas, but Vorenus is pretty sure they’ll be okay; a good offering was made to Triton to protect them. Pullo says exactly what he thinks of Triton, and the ship capsizes.

My favorite part of the episode: When Titus Pullo’s blasphemy dooms an entire ship.

My least favorite part of the episode: So, you know how Octavian has to pick out someone to “penetrate”? Why did he pick a girl who looked almost exactly like his sister? YOU KNOW WHY HE DID.

Also, Mark Antony’s ridiculously loud breathing after he’s done fucking Atia. WHY DID IT HAVE TO BE SO LOUD?! 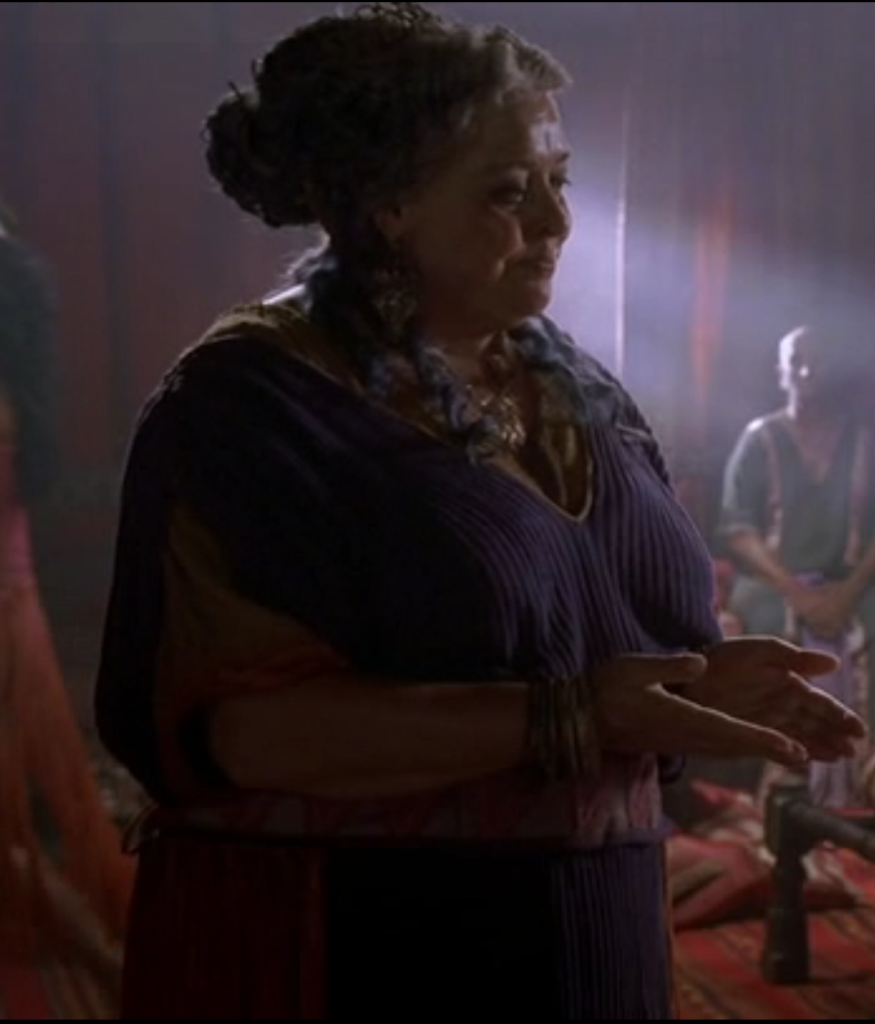 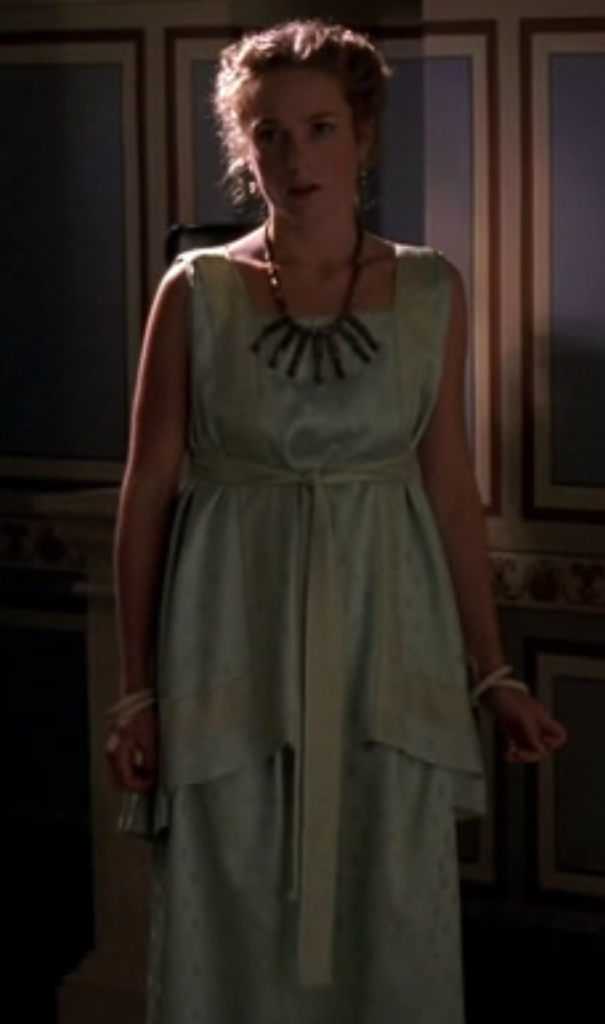 Guess Jess’s head canon. The drunken hugging scene between Pullo and Vorenus is a hurt/comfort fic waiting to happen.

Now go check out Bronwyn’s and Jess’s posts, and join us Monday at 9 PM EST for season one, episode five, “Pharsalus”. Tweet to #LegionXIII to join us!