State Of The Trout: Writing News and 2019 Book Releases (Yes, including another Boss book)

Hey there everybody! So, as you may recall, 2019 got off to a real, real fucking rocky start for me. I’m still not 100% recovered from my breakdown, so rather than push myself into another one, I decided to step back and accept that yup, I’ll probably have to put off Where We Land, which had been slated for March. And now I’m accepting the fact that yup, I have to tell everyone that’s what’s happening. Which sucks. But yes, for now, Where We Land is being pushed back. To when? I don’t know. Probably May. Maybe earlier. It’s all going to depend on my healing, how well I can function, and how much I can expend my energy. I very much downplayed the severity of what was going on, but as I’m still not quite myself, I don’t want to rush a book, have everyone hate it because it’s rushed, and then fall back into the pit of, “You were never supposed to do this, you’re a mistake, you don’t belong in the world,” which is the really dark place my imposter syndrome takes me.

This doesn’t mean I’m not writing. Nightmare Born is still updating every Tuesday on the Radish app. A new chapter becomes free every Tuesday, too, so if you’re patient enough, it can be a free read!

I’m also very pleased to announce that I’ve started writing for SyFy Fangrrls. They asked me to watch a movie called I Bought A Vampire Motorcycle and write about it. 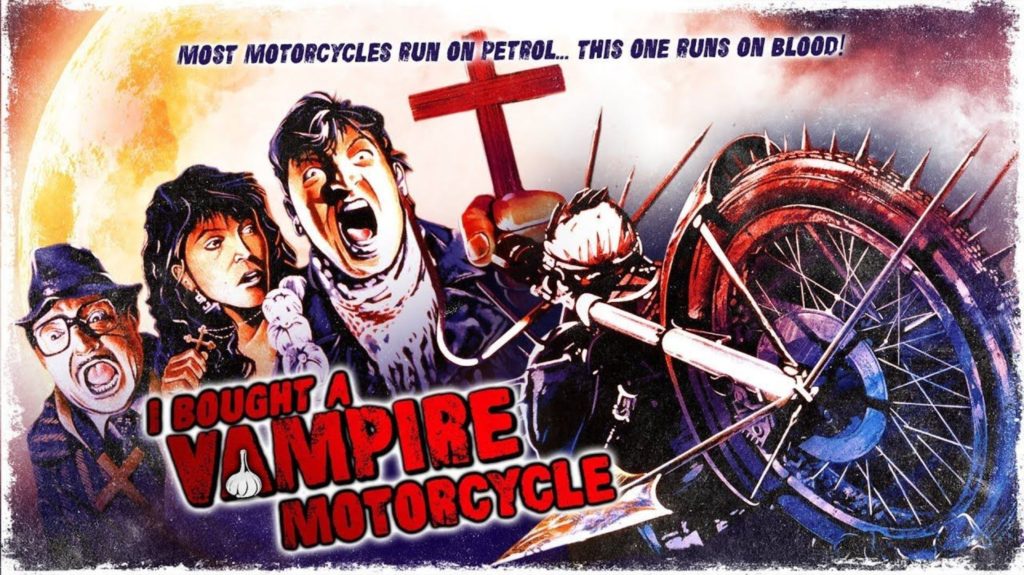 Yeah, it’s a real movie. You can read “67 thoughts we had while watching I Bought A Vampire Motorcycle” here.

Look for more from me at SyFy Fangrrls coming soon, including articles about The Good Place and how fucking mad I am at the way we treat teenage girls in the fantasy genre.

Now, let’s talk about books. I’ve already mentioned that Where We Land is probably going to come out in May. But there will still be books in March and April. I’m working on re-releasing some of my Abigail Barnette titles that I’ve received the rights back on. Awakening Delilah will be available again in March, as part of the Northern Circle series that will feature books by me, Bronwyn Green, Jessica Jarman, and Kris Norris. All the books in the Northern Circle series will be paranormal romances set in Michigan’s Upper Peninsula, making the deer, fox, and bat shifters in Awakening Delilah a perfect fit.

Now, if you already own those books, you don’t have to re-buy any of them. Any changes will be extremely insignificant, as I’m pretty happy with them.

Then, coming up in the fall, yes, there will be another book about Sophie Scaife and the men she loves. The Stepmother is going to pick up very close to where The Boyfriend ended. And it’s going to be a ride.

So, that’s the news I have for 2019, writing-wise. So far. I mean, anything can happen, right? Maybe tomorrow I’ll get offered a three book contract to write about marmalade.