So, here’s a quick rundown of episode nine: Due to the work of the sorceress Nimue, a zombie black knight crashes Arthur’s birthday party or some kind of ceremony, whatever. They have about sixteen ceremonies daily at Camelot, I can’t keep up. Anyway, this black knight dude throws his gauntlet down, and this fucking child of a knight picks it up, right from in front of Arthur and Uther, who are obviously the best suited for fighting things and not dying, because they’re main characters, but anyway once the gauntlet is picked up, the fight to the death is on without stopping. The black knight is a reanimated dude called Tristan DuBois, and he has it out for Uther because Uther was married to Tristan’s sister, and she died in childbirth, and then Uther killed Tristan in single combat. The black knight kills two Camelot knights before Arthur bravely picks up the guantlet, and then Merlin is like, oh shit, what should I do? I know, I’ll go ask the super unhelpful dragon to breathe fire on this sword. And the dragon is all, “Okay, as long as it isn’t for Uther, because I hate that guy,” and wouldn’t you know, on the night before the tournament, Gaius gives Arthur a sleeping potion to keep him from fighting in the tournament, and Uther goes out and uses the sword– Excalibur, if the title didn’t give it away– and kills Tristan (that has to sting, getting killed twice by the same dude), and yay, Camelot is saved and Nimue is still pissed.

If I had written this episode, I would have changed: I don’t think it was strictly necessary to see two knights die in combat in incredibly similar (read: boring) circumstances. The second guy basically just reinforced the point of the first dude, which was to show the audience that he couldn’t have been killed by a mortal weapon. Uther, Gaius, and the Guess Who? guy already knew it was Tristan DuBois.

The thing I loved most about this episode: The scene were  Nimue confronts Uther. It lays everything out there: Uther asked Nimue to use magic to gain an heir, Ygraine died giving birth to that heir, Uther decides Nimue did it on purpose and murders everyone who ever uses magic, including people Nimue loved. This shows us that no matter what Uther might say about being betrayed by magic, he probably didn’t trust it all that much to begin with. I mean, Nimue says they were friends, and then he went all “kill everybody” on her.

Consider it this way: If you don’t like dogs, but you decide to go work at the shelter to do your court mandated community service, the dogs are fulfilling a purpose for you, and that makes them fine. But the second one of them snaps at you, and you’re like, “fuck, I knew I didn’t trust these furry hell beasts,” and then you go rogue and euthanize every dog in the place, then your opinion of dogs never actually changed. You never trusted them in the first place.

Oh, also, Anthony Head takes his shirt off in this episode, so… yeah, that’s the thing I love the most. Forget all that story analysis dog bullshit.

The thing I hated most about this episode: Gwen’s father wasn’t in it! Gwen’s father fucking MADE EXCALIBUR. They couldn’t have involved him in this in some way? I like the notion that Gwen procured the sword that will ultimately help her husband lead his kingdom, but GWEN’S FATHER MADE IT! He should have been in the episode. It would have been an amazing parallel in “To Kill The King,” but viewers will miss it because at this point they’ve forgotten who Gwen’s father is, since it’s been so long since he’s been in an episode.

Something I never noticed before: How shitty Sir Owaine or whatever his name is, the first knight who died, acts toward Arthur. I’m glad that little fucker got killed, because he was talking so much smack that his skills could not back up.

Favorite Costume: One thing this show does really well is the costumes for villains.  That’s why I’m picking creepy wraith knight for best costume this episode: 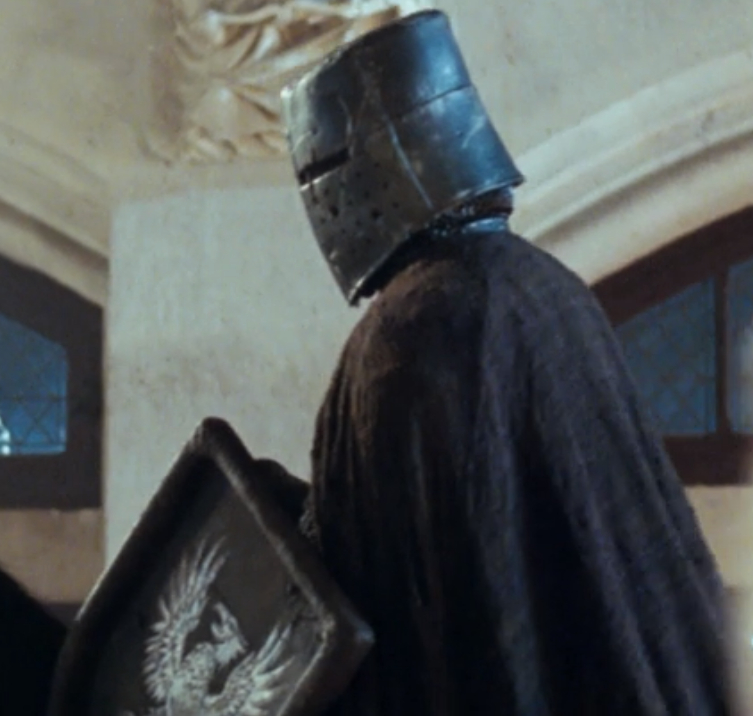 Even his horse is intimidating:

Here is proof of some random headcanon I created: In this episode? Nothing. And that’s a refreshing change. 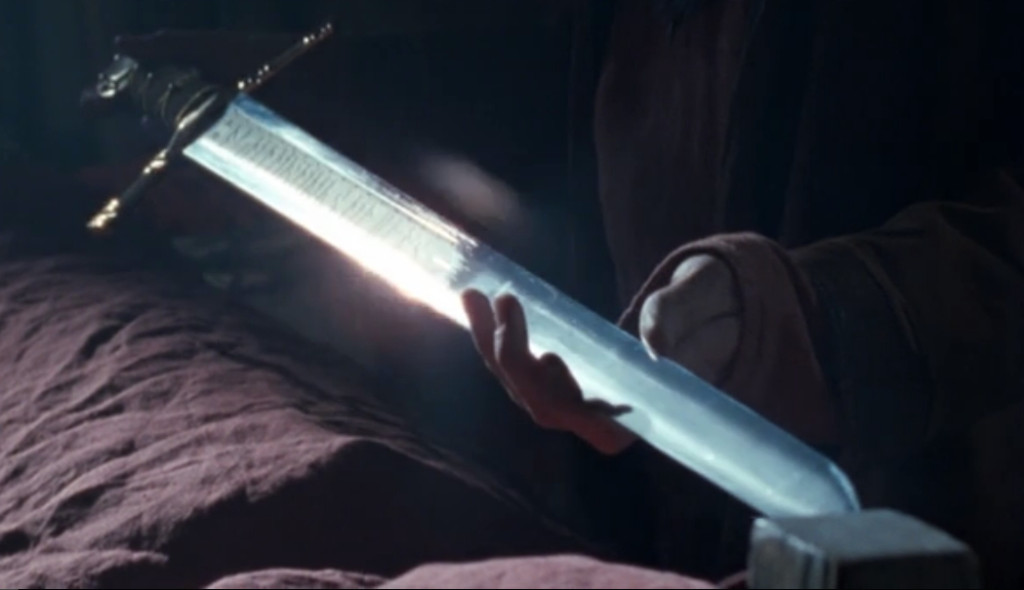 She’s the biggest Arthurian mythology nerd I’ve ever met. She would take Excalibur without a moment’s hesitation.

What Merthur moment did Jess have the naughtiest thoughts about? Oh, I don’t know. Considering this whole episode was about Merlin and Arthur and a magic sword. Connect the dots on this one.