Merlin Club S03E03, “Goblin’s Gold” or “I could have lived a thousand years without seeing Gaius’s tongue”

So, here’s a quick rundown of episode three: Merlin accidentally lets a goblin loose in the castle, and it possesses Gaius, with hilarious results. Uther loses his hair. Everyone gets struck with a horrible case of comical flatulence. Arthur gets turned into a donkey. And basically everyone in Camelot gets swindled paying “Gaius” for cures to a plague that doesn’t exist. When Merlin figures out what’s happening, Goblin!Gaius tells Uther that Merlin is the cause of all the enchantments. And of course, Merlin gets thrown in the dungeon. But because the Camelot dungeon has a revolving door, Merlin is soon free to prove his innocence. With Gwen’s help, they poison Goblin!Gaius’s gold. The plan is to poison Gaius’s body so that the goblin will have no choice but to leave him,  then administer an antidote to save Gaius’s life. and it works! Except Gwen knocks over basically everything even vaguely bottle-shaped thing in the castle and the antidote is lost among them. Obviously they find the antidote and Gaius is cured and Merlin is exonerated.

If I had written this episode, I would have changed: Not much at all. Off the top of my head, I guess I’d have to say I would have included fewer extended scenes of Gaius licking coins.

The thing I loved most about this episode: I love comedic episodes. This show does them really well, and the cast seems to be having fun. The scene where Gaius repeatedly slaps Uther’s head is especially funny to me, because it appears as though Anthony Head is having trouble keeping a straight face.

The thing I hated most about this episode: In the last episode, it seemed pretty clear (to me, at least) that Morgana knew that Gaius knew she was the one doing the mandrake root spell to Uther. So, why did she seek out Gaius for help with a sleeping potion? And if I’m misreading the scene, and she didn’t know Gaius knew what’s up… why would she ever go get help from Gaius, whose protege is the same dude that poisoned her? Merlin could easily have poisoned her sleeping potion. Come on, Morgana. Get it together.

Something I never noticed before:  How often the actors look like they’re about to totally lose it while acting out these scenes. 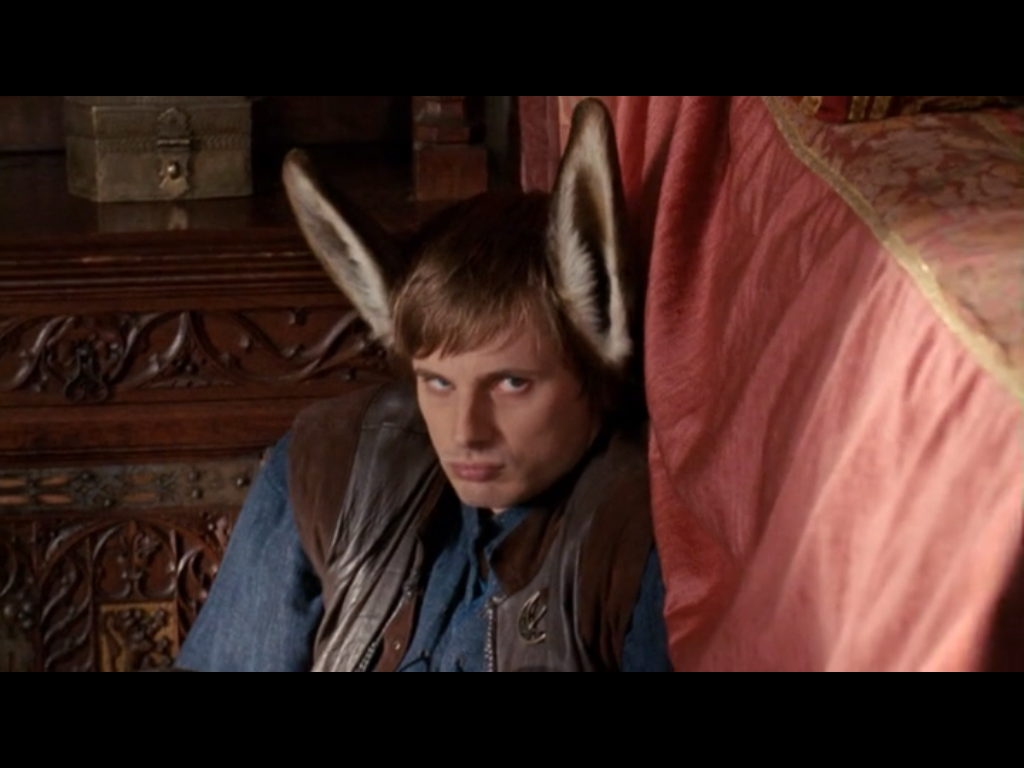 Here is proof of some random headcanon I created: None of my headcanons are represented here.

What object would Bronwyn steal from this episode? I’m not sure I have one for this episode. There isn’t much going on the way of propage.

What Merthur moment did Jess have the naughtiest thoughts about? In the scene where Merlin is tossing Arthur’s room looking for the goblin, Arthur is stern, but not angry. I don’t know about Jess, but to me, that says “spanking scene.”

That’s it for this week. Next week we’ll be on hiatus as the three of us attend the Authors After Dark conference in Charlotte, NC. Well be back the monday after that at 8pm EST on the hashtag #MerlinClub.