So, here’s a quick rundown of episode seven: Morgana and Morgause plot to kidnap Gwen, and they let Cenred help out and do some cliche monologuing so he feels like he’s included. They’ve got Gwen’s brother hostage, and they make her choose between saving her brother or delivering Arthur to them. Though Merlin knows that Morgana is evil, nobody else does, so he can’t do anything about it when Arthur lets her come along on the road trip to Cenred’s castle. Once there, Cenred imprisons them all, giving Arthur and Merlin time to come up with a daring escape that relies almost entirely upon guard ineptitude. While trying to “rescue” Morgana, Merlin has to keep Morgause’s magic from destroying Arthur, and Merlin ends up injuring Cenred and Morgause in the process. Morgana is “rescued” before she can check on her sister, and everyone gets away properly.

If I had written this episode, I would have changed: I would have killed off Cenred, because he’s annoying as hell.

The thing I loved most about this episode: To me, this is the first episode where I can really see why we keep hearing over and over that Arthur is this great warrior. We’ve seen him in combat, but that’s only like, half of being a badass knight. Arthur formulates a plan for rescuing Elyan, puts his plan into place, and commands the other three capably. This is a well-rounded picture of Arthur.

Also, I love watching Morgause play Cenred like a fucking lute. You can tell the whole time that she’s thinking, “This fucking guy. I can’t wait to kill him.”

The thing I hated most about this episode: Cenred. He reminds me of every dude who has called me M’lady and made grandiose claims about his “twisted mind” and “fucked up family” while trying to nail me.

Something I never noticed before:  In shows, when the villain captures the good guys, why do they always come in to gloat, then leave. Cenred goes in and Gwen is like, “What do you want with us?” and Cenred says, “All in good time.” Well, then why bother even going in there? And what are you waiting for? Just tell them the thing about how Gwen has to betray Arthur or whatever now, while you’re there. 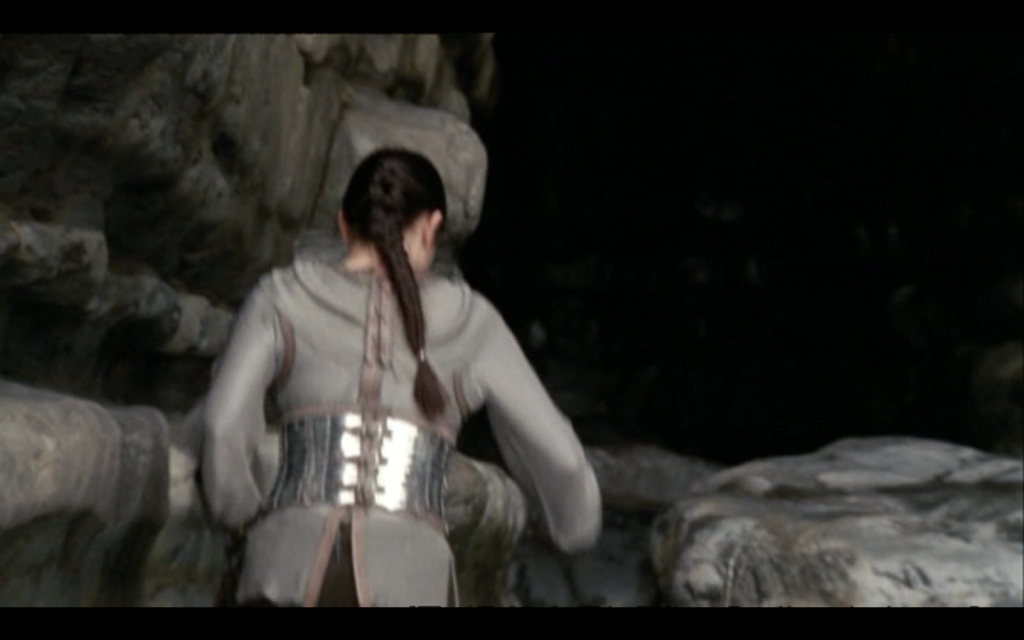 We don’t often see it from this angle, so I appreciate the shot of her sheet metal corset and cowl-necked chain mail sweater. This is such a totally weird costume, but it works surprisingly well. 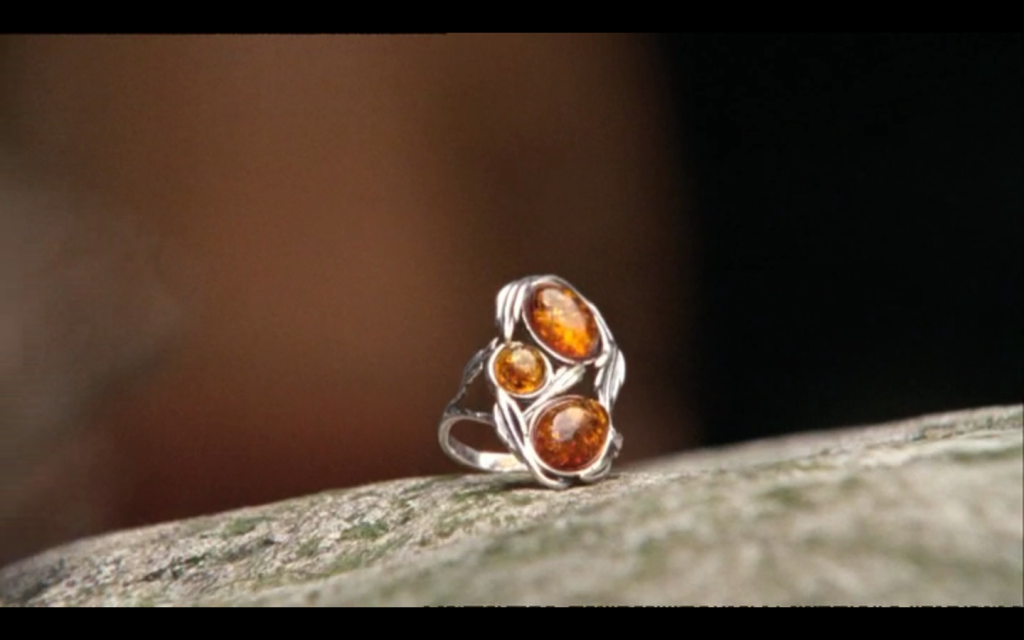 Not only does she own like six hundred rings that are exactly like this, she would also steal this one, because she hoards amber like she’s opening up her own Jurassic Park franchise. 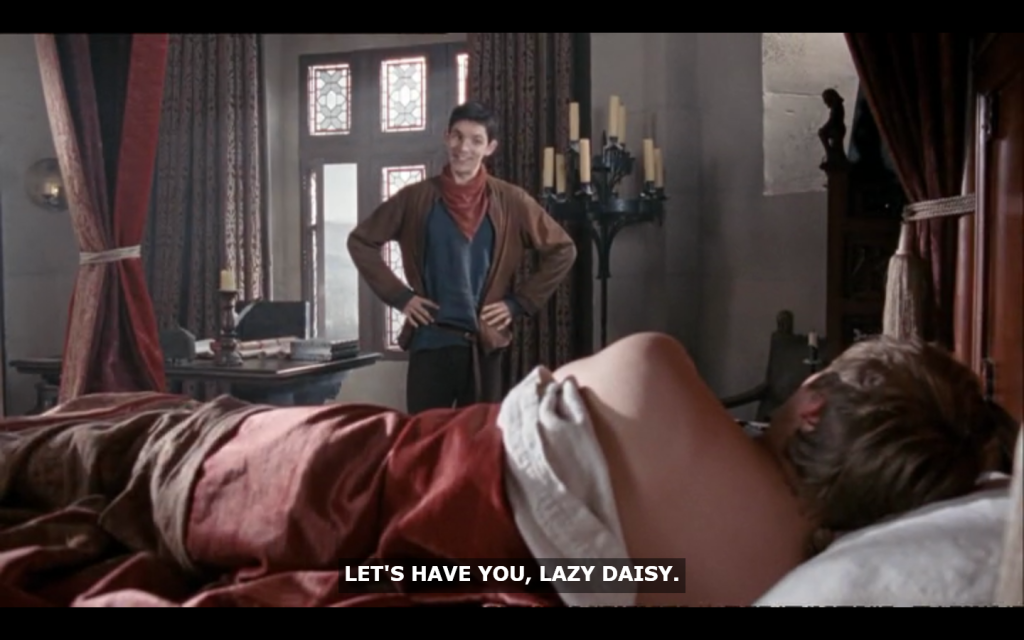 That’s it for this week. Join us next week for S03E08, “The Eye of The Phoenix” Monday,  8pm EST on the hashtag #MerlinClub.