So, here’s a quick rundown of episode eight: Arthur has to prove he’s worthy of being king, so it’s basically just business as usual in Camelot. He has to go on a quest to find the Fisher King’s trident, and he has to do it all alone, or else it won’t count. Morgana gives him a bracelet as a token of good luck, but it has been ensorcelled to sap his energy as the quest draws on. Merlin goes after him to rescue him, and picks up Gwain along the way, and of course when they get to the place where the Fisher King  is, the entire quest was about Merlin because EVERYTHING IS ALWAYS ABOUT MERLIN ALL THE TIME.

If I had written this episode, I would have changed: Why can’t the quest, just one time, be about Arthur, and not just about getting Merlin to where his personal story arc is?

The thing I loved most about this episode: This is the episode where Gwen really puts together that Morgana has gone evil. Remember that aside from Merlin, who saw Morgana engaging in evil shenanigans, and Gaius, who learned of her evil shenanigans via Merlin, Gwen is the first person to figure out that Morgana is evil just from putting two and two together. Gwen is the smartest person in the whole show.

The thing I hated most about this episode: You have Warwick Davis. Warwick Davis, from Star Wars, Harry Potter, Willow, The 10th Kingdom, etc. And you use him for the guy guarding the bridge? Why not give him something meatier? I would have cast him as the Fisher King. Not that Maester Luwin wasn’t good, but man. It could have been Warwick who got all those awesome lines.

Something I never noticed before:  As they approach the castle of the Fisher King, Merlin and Gwain notice some dragon-like things flying around. Gwain tells Merlin that these things are Wyvern. Okay, but… Merlin is the last Dragon Lord. Why didn’t he already know that? And yes, I know that he’s a brand new Dragon Lord and he’s never received any training, but he knew how to instinctively command a dragon, right? You’d think becoming the last Dragon Lord would have imbued him with some of this knowledge.

Favorite Costume: The Fisher King. He looks like the expensive decoration at the Halloween store 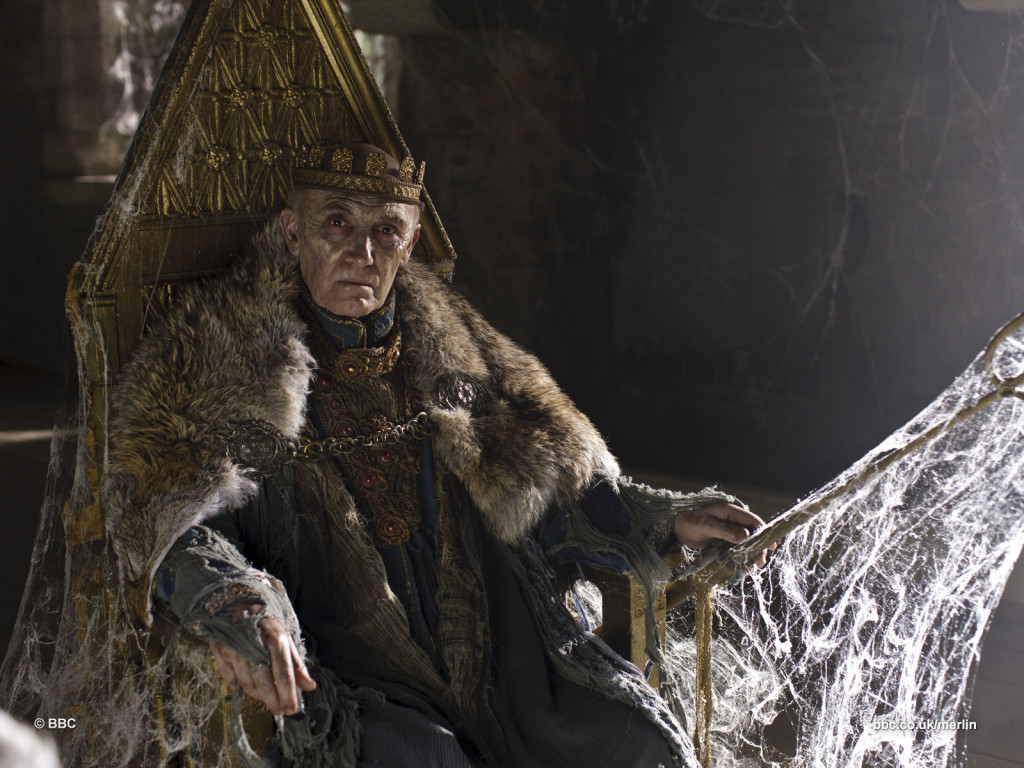 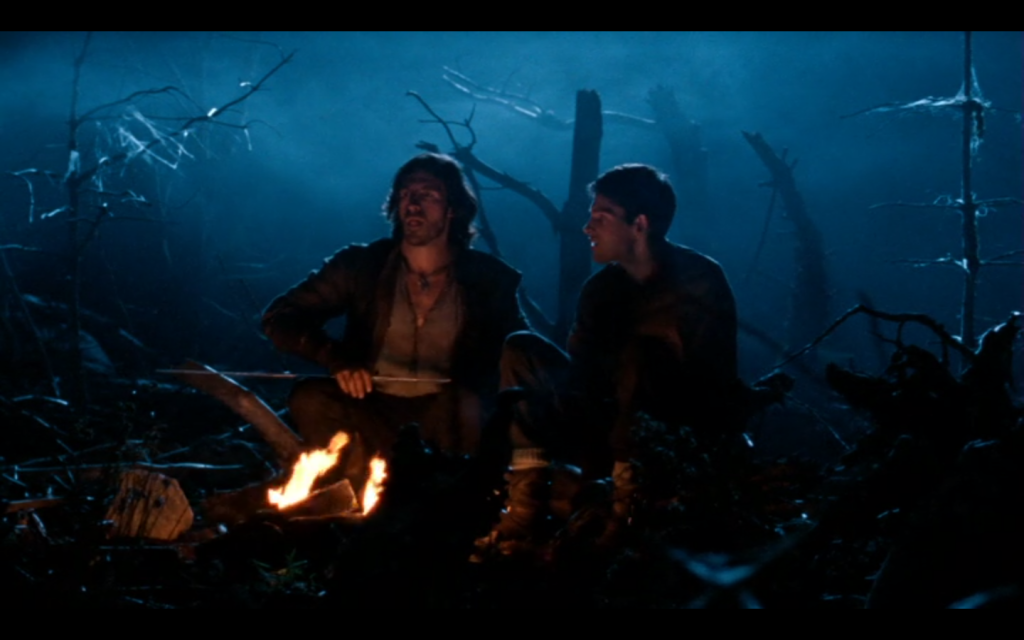 What Merthur moment did Jess have the naughtiest thoughts about? I have a feeling that she had more Merlin/Gwaine feels about this one.

That’s it for this week. Join us next week for S03E09, “Love in The Time of Dragons” Monday,  8pm EST on the hashtag #MerlinClub.