#LegionXIII Rome watch along S01E03: “An Owl In A Thornbush” or “Cannonball Pompey Run”

Quick rundown of the episode: Caesar is back in Italy with a single legion. Guess which legion? Hurrah! Except this makes him a traitor, so the people who are loyal to him in the city are kind of SOL now. But as Antony points out, it’s really only treason if they lose. He sends Vorenus and Pullo and some other soldiers off with a message for Rome, a message they’re supposed to deliver to the Senate doors.

We get to meet the father of Niobe’s baby, who she totally doesn’t love, you guys. Except for the passionate kissing and stuff. And Vorena the Elder is like, we are all covering for you, you either need to come clean to dad or stop fooling around with this guy.

With Caesar thirty miles from Rome, Pompey is sort of like, “You know, let’s just leave. Fly south for the winter. Then we’ll get the band back together and come back.” And everyone in his crew does what he says, even though they all know he’s running away like a coward. He’s also going to take as much money as he can from the treasury, and he sends some dudes to get it, all sneaky like. But the guys in charge have a knife-related disagreement over whether or not they should take it to Pompey, and instead some of the soldiers run off with it.

Supporters of Pompey surround Atia’s house, where Servillia and Brutus are trapped with them. The mob is about to break down the door, and everyone is making plans for who will kill who before they can be taken alive, when suddenly everything just stops. The news guy is in the square talking about how anyone who doesn’t leave the city with Pompey is a traitor.

Now that the city is all but Caesar’s, Atia finds herself in exactly the right position to be killing people who get in her way. Because she’s a straight-up mafia don. People are coming to her for “protection”, which she gives them for a fee after she makes them grovel appropriately.

Without the money from the treasury, Pompey and all the rich people trudging along behind him are up shit creek without a paddle. Bad news for them, Vorenus and Pullo and the cavalry find the thieves first. Pullo wants to rescue the slave girl the thieves are dragging behind the cart, but Vorenus is like, nah.

Atia should be pretty much in the clear with the whole “murder my ex-son-in-law” thing, until someone brings his dead body to the house. Which of course devastates Octavia. And then she totally blows her cover with Octavia by letting her guilty conscience show. Luckily, Atia easily recovers from her bouts of conscience when they attack, and she swears on all sorts of very Roman things to swear by that she didn’t do it.

Caesar’s declaration to Rome is basically, “Look, we all have bad days. If you were rebelling against me before, just don’t do it violently anymore. You can still hate me, that’s cool, but you’re not my enemy and you get to keep all your stuff.” Which is about 100% more user friendly than Pompey’s “Do it, or consequences” that’s going to end in crucifixion or some other horrible Roman thing.

Vorenus decides that he’s a traitor to Rome, so he’s going to desert the legion and go home and fix his marriage. He apologizes to Niobe for how he’s been treating her, and she tries to tell him about the whole “Hey, your grandson is actually my son with this other dude I’m still seeing,” but he shushes her up and tells her that the past is in the past.

As Caesar marches into Rome, Pullo goes back to find the girl being dragged behind the now untended ox cart. He finds her, and she’s barely alive. He also finds all the gold, and does what any man who finds an ox cart of gold would do: he jumps on that fucker and drives the oxen straight out of dodge, while Caesar’s weird sounding horns trumpet his return.

My favorite part of the episode: It’s actually one of my favorite scenes of the series overall: Octavia and Atia arguing over whether or not Atia should get to slit Octavia’s throat in the event of impending rape/murder by the angry mob.

My least favorite part of the episode: It is so unfair that Glabius had to die, but nobody gets to be happy on this show. Even when they win, they’re not happy. Still, this put’s Octavia’s average at one shitty thing happening to her per episode. 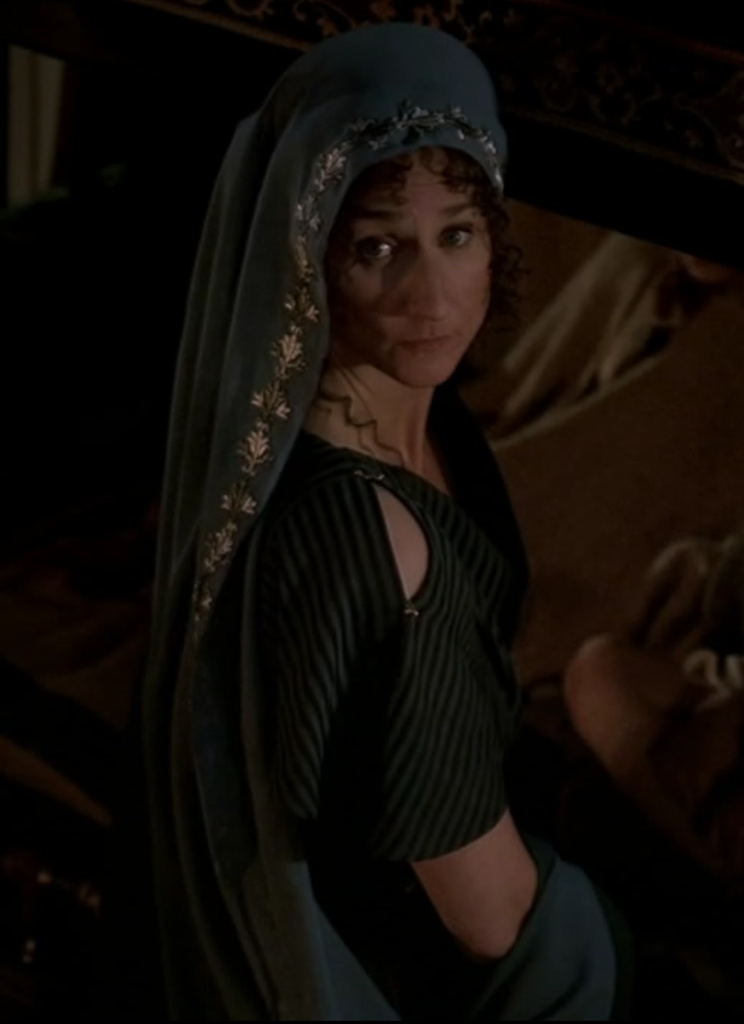 Team Atia or Team Servillia: Setting aside my feelings for her for the rest of the show, Servillia wins this round, for handling the equivalent of a nasty Facebook politics fight with her son with grace, while also sticking to her guns.

What hairdo or costume would Bronwyn steal? I bet we had the same fave this episode. I’m going to ask her to help me make it (sans intricate embroidery, because I have no patience for that kind of thing).

Guess Jess’s head canon. “I have no need for your coital expertise.” –Vorenus, to Pullo. “Yes you do.” Jess, to the TV.

Now go check out Bronwyn’s and Jess’s posts, and join us two Monday’s from now (we’re taking the week off for American Thanksgiving) at 9 PM EST for season one, episode four, “Stealing From Saturn”. Tweet to #LegionXIII to join us!