Hey there everyone! It’s Patreon patron appreciation day! Just under the wire, which I’m pretty proud of, all things considered. Thank you to everyone out there who helps me make a living wage! Enjoy my sassy kid and, briefly, a goofy puppy, as I say thank you to my $5 and up Patrons. But you’re all stars!

State Of The Trout Foot

My foot is still broken! And may I just say, I had no idea that something as simple as a broken bone could possibly sideline me the way it did. After all, I spent a whole week in a plaster splint/cast thing, right? I should be healed by now.

Well, no, Jenny, why don’t you be realistic for once?

The good news is, I don’t have to have surgery. I’m wearing an air cast and slowly getting back to work. The air cast, by the way, is the most amazing medical technological breakthrough ever. With it on, I can walk around without pain. I can take it off to shower and sleep. I cannot, however, walk around with it off; I thought I’d roll those dice and grudgingly concede that perhaps the doctor knows more about bones than I do. I’ll stick to his instructions and continue periodically elevating it and not walking around like I could have possibly healed a whole broken bone in under two weeks.

There are a few other troubles I’m having, as well. Working for over a year to train for a race only to break your foot two days before that race is shockingly bad for your mental health. Also shockingly bad for your mental health? And I’m not being sarcastic at all this time? Injuring yourself doing something you have to do often in your own house. I have taken two showers since getting the plaster splint off. Both ended in me hyperventilating and crying when it came time to get out because suddenly, it seems so terribly dangerous. As a result, I’ve been bathing with those giant baby wipes they market to adults as “disposable washcloths” and avoiding going out. When I have to drive my daughter to rehearsal, I stay in the car, using my foot as an excuse. Really, I just don’t want them to see that I’m greasy as hell. I’m hoping I get over this somewhat quickly because even though I’m one of those weird people who don’t really smell, I’m always afraid that I smell and that makes my anxiety even worse and basically I’m just a broken nightmare of a person. But you knew that, because you’re here, reading this.

Now, onto the show. Anyone want to see some gross pictures? Awesome. I’m putting them behind the cut, though, because not all of you want to see my gnarly foot. And I’m gonna put a puppy picture first, so that comes up on the social media thumbnail instead: 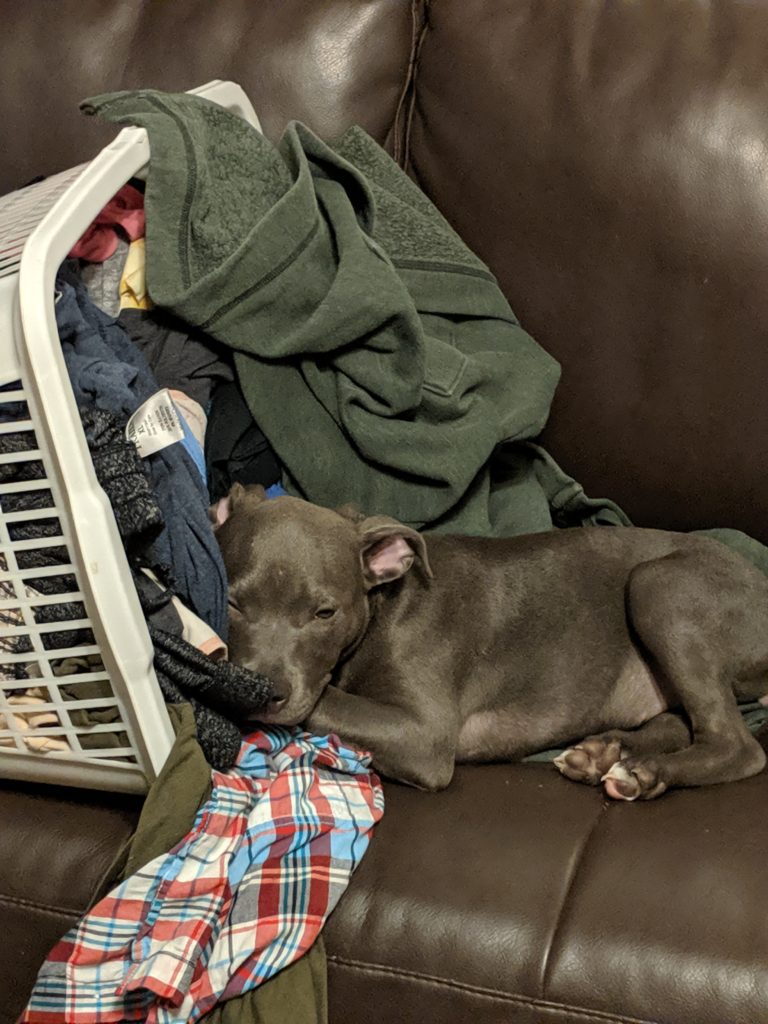 She was sleeping in the laundry basket and it tipped over, but she kept on sleeping.

My hope for this week on the blog is to get the first chapter of The Business Centaur’s Virgin Temp up on Friday, but again, we’re still playing it fast and loose with the injury and its aftermath. So, stay tuned, if you want to see something gross, click the cut link.

I should also warn you that the bulk of the grossness comes from my toenails. I have REALLY awful, ugly feet and I never show them under normal circumstances.

A Message From The Trout Nation Emergency Foot Update System

Remember last week when I was like, “Yeah, whoo! Back to our regularly scheduled blogging! Also, I’m about to churn out a ton of kick-ass content because look at this amazing way I’ve scheduled my time! I laugh in the face of weekly deadlines! I’m sooooo organized!” and all that nonsense that was clearly going to jinx me?

Look at this stupid bullshit:

Wednesday afternoon, I made the mistake of taking a shower without, idk, limbering up first or calibrating my balance or something. I turned around to reach for the conditioner and the next thing I knew, I was on the floor with my left foot beneath me, folded in half.

They didn’t supervise my movie or Kindle times, either, resulting in me purchasing two non-fiction books about Victorian surgery and watching It because I thought it was The Goonies.

Which you also know if you follow me on social media.

Right now, things happening in my foot are apparently not great. The last I saw of it before the cast went on was, swear to god, rectangular swelling. I didn’t know you could swell in a rectangle. It looks like someone stuck a Jenga block in there. That shape, that size. Shit is broken in there. I’m trying not to think about it because all I can imagine is vinyl purse full of Jell-O and loose, broken pottery shards. I’m seeing an orthopedic surgeon later this week.

So, you know, it’s safe to say that this week is a little up-in-the-air at the blog. I’m still on those heavy meds and sleeping most of the time. I’m going to try like hell to get The Business Centaur’s Virgin Temp up this week, but I’m really not pushing myself. Please be patient with me, as I have never had an injury this serious before and I don’t really know how to take care of myself because I’m a disaster of a person.

It’s here! The Business Centaur’s Virgin Temp is ready to be consumed by your eager eyes! I believe I may have promised the prologue and chapter one this week, but it’s just the prologue. I got a lot of balls in the air right now. If you don’t know what the hell I’m talking about, please refer to this post in which I explain what I’m trying to do with this experiment. Otherwise, you’re gonna wonder what the hell is happening here.

How I set up my bullet journal and manage my time now!

I recently started a new way of scheduling my time so that stuff can get done as opposed to sitting around in varying stages of doneness. A few people have asked me productivity-related questions lately so I thought, hell, why not make a video about it while I set up my bullet journal?

(This video just posted this morning, so please give it a little time for Closed Captions to process.)

I’ve been super productive over the last three or so weeks that I’ve been using this method. Fingers crossed that it keeps working. If you try this, let me know how it goes! 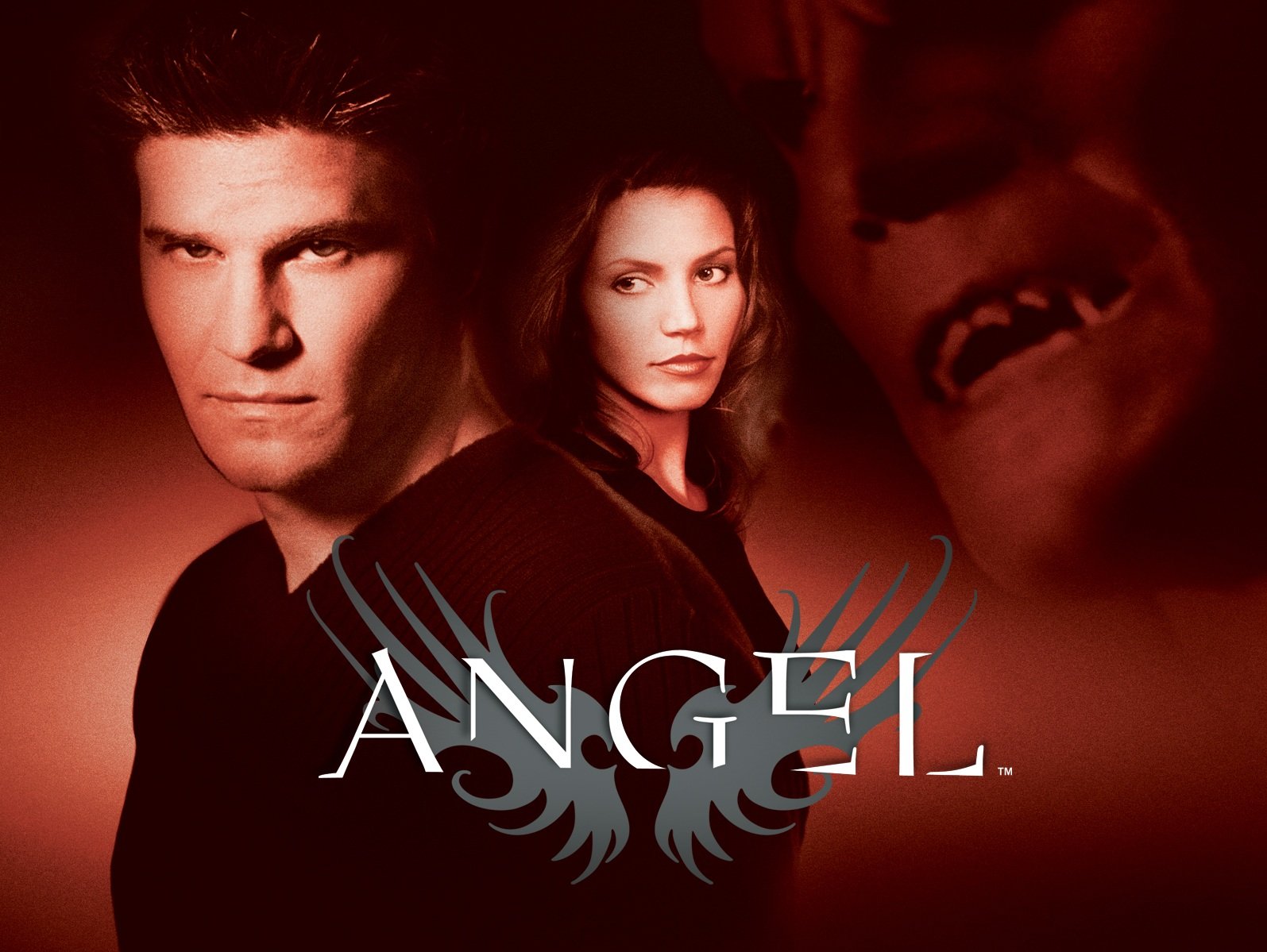 In every generation, there is a chosen one. No, shit. Wrong show. What am I supposed to do, now? I guess I’ll just have to recap every episode Angel with an eye to the following themes:

WARNING: Just like with the Buffy recaps, I’ve seen (most) of this series already, so I’ll probably mention things that happen in later seasons. So a blanket spoiler warning is in effect.