State of The Trout: I went to IKEA!

Hey everybody! Just a quick update to let you know what’s happening around these parts!

I went to IKEA! I have long been wanting a specific desk from them, but the shipping was like, prohibitively expensive (it would have cost more than the desk!). So when we were on our way to Chicago North’s Spring Fling conference this weekend, my awesome friends Andrea Dickinson, Bronwyn Green, and Patricia Kiyono braved IKEA with me (on a Sunday, which is apparently the worst day to go? There were people lining up outside before the store even opened!) and I got my freaking desk!

IKEA is the scariest place on Earth. There is too much stuff and it’s all overwhelming and everybody knows exactly what they’re doing and they do not like that you’re there messing up their groove. It took us forever to find the restrooms because we kept seeing signs that said Bathroom and they meant stuff for the bathroom and not the bathrooms where you could do a potty. I had no idea how any of the IKEA process worked and it was all terrifying. But I got my desk, and hopefully I’ll have it set up soon. There is a lot of office reorganizing that needs to take place before that can happen. But I’ll take pictures when it’s done.

As for the conference? It was awesome. I got to meet some of my tweeps that I’ve never seen in person, I made some new friends, got to have a super good chat with my editor at Entangled, Liz Pelletier, and there was a Starbucks in the lobby that was open until 5pm. There was a fancy dinner with a shitty comedian, so here is a picture of me avoiding his “Am I right, ladies?!” jokes in the bathroom: 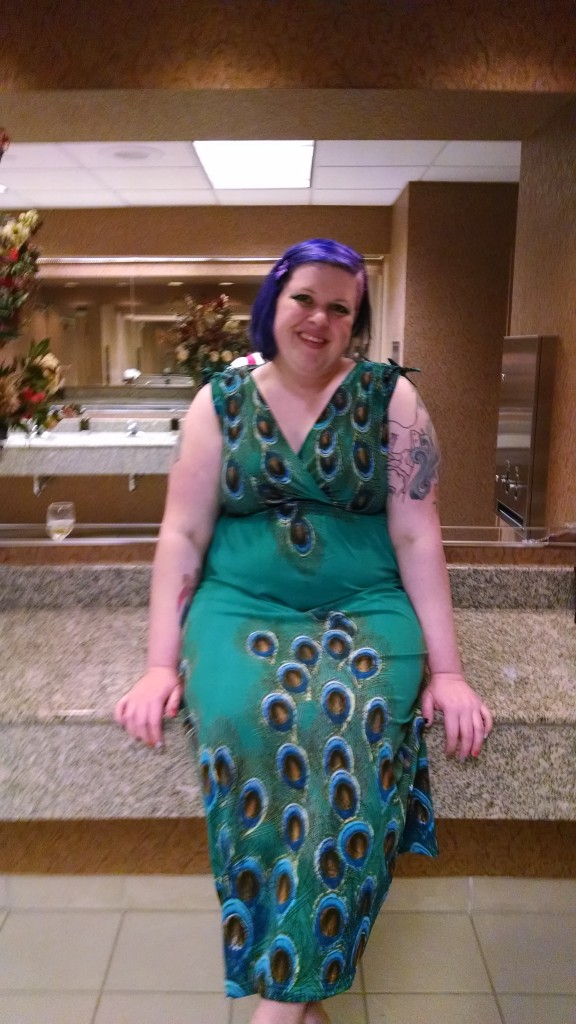 The first day of the conference, I found this in the lobby:

There was a silent auction for a literacy charity, so Bronywn Green and I decided to do a basked together. The theme was “Naughty and Nice.” I bet you can’t guess which side was mine: 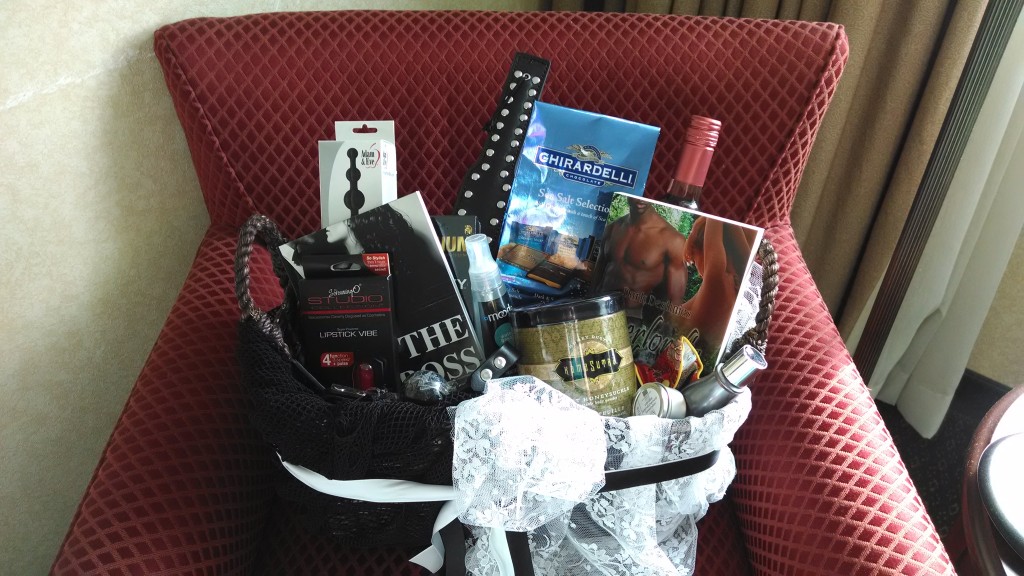 I went to a bunch of workshops, including one on reviews by Sarah Wendell of Smart Bitches, Trashy Books, and one by Liz Pelletier on the traditional publishing process. And at the book signing I got my Kindle cover autographed by Mary Balogh, Courtney Milan, Lauren Dane, and Carrie Lofty, and in the lobby Kristan Higgins complimented my hair! All in all, it was a good conference, and I’m glad I went.

So, what’s on the agenda for the next week in Trout Nation? You can expect Merlin Club on Friday and another After recap between then and now. I’m also working on the next Buffy recap, but you know those are a little longer and take more time in between, just like I know that you’re patient.

Everybody have a great Monday, join us for Merlin Club tonight at 8pm EST if you can on the hashtag #MerlinClub, and I’ll see you later in the week!