So, here’s a quick rundown of episode ten: Morgana has a dream about Gwen taking the throne as queen of Camelot beside Arthur. Since the throne should be Morgana’s birthright, she’s pretty pissed off about this. She uses her knowledge of Arthur and Gwen’s secret romance to create a trap in which Uther discovers them. When Arthur confesses his love for Gwen, Uther banishes her. So Morgana frames Gwen for sorcery, and Merlin uses a potion to age himself and come forward as the sorcerer who put a love spell on Arthur and Gwen. Once he’s sentenced to death, though, he can’t return to his normal self. Gaius manages to get a potion to him just in time and Gwen is unbanished, but now she and Arthur can never express their love ever again while Uther is alive.

If I had written this episode, I would have changed: I feel like Morgana’s original plan was bound to backfire on her; Uther reacted basically the way a king would react. “Oh, you’re nailing this serving girl? Okay. No big.” All Arthur really had to do was keep his fucking mouth shut. Morgana should have gone with just framing Gwen for magic in the first place. She didn’t even have to involve Arthur. She could have just been like, “I think my maid changed her eye color with magic,” and Uther would have been like, “Bring me my condemning stick!”

The thing I loved most about this episode: Merlin pretending to be Dragoon the Great, obviously.

Also, when Uther is interrogating Gwen, before he gets all shouty and his voice is real low and dangerous… that’s Dom!Neil’s voice, all the way.

The thing I hated most about this episode: I just hate that Morgana jumps tracks and is all, “I better kill Gwen,” when killing Arthur would have solved two problems at once. I feel like Morgana never becomes a very smart villain.

Something I never noticed before:  In addition to darkening eyeshadow, Morgana’s evil nature has resulted in an extreme side-part. 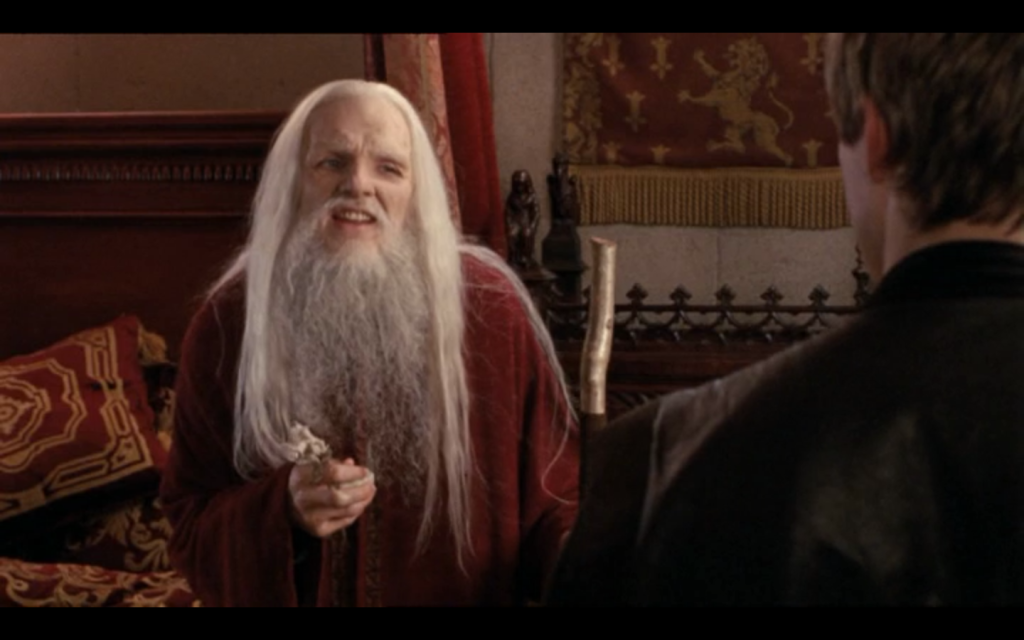 Here is proof of some random headcanon I created: None for this episode, besides that nonstop slash vibes between Morgana and her alleged sister.

What object would Bronwyn steal from this episode? You know how sometimes I joke and put a picture of Bradley James and imply it’s what she wants? This time, he’s actually just blocking our view of the chair she would take: 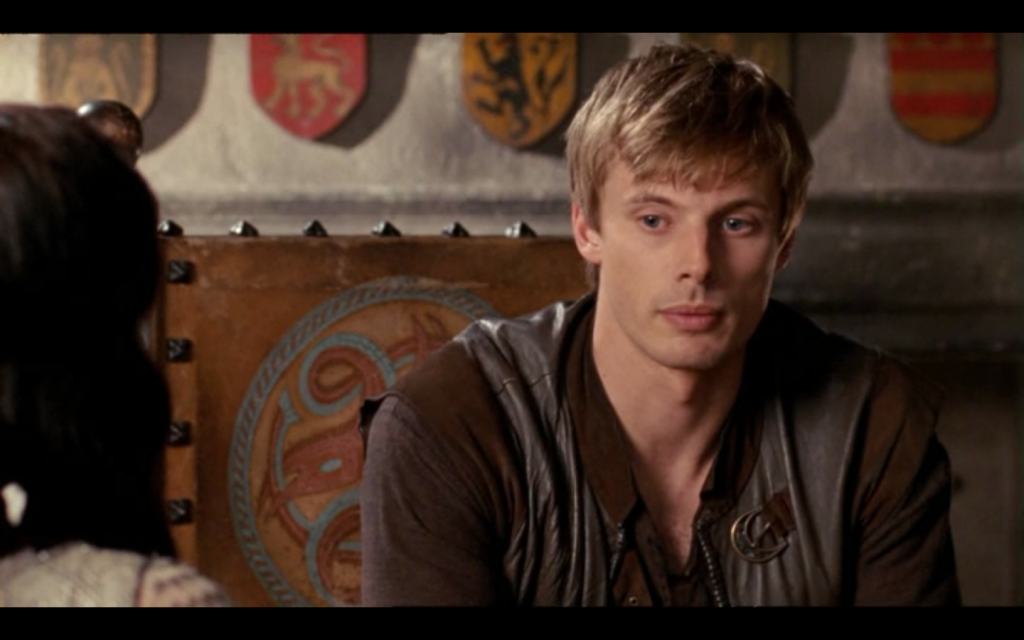 What Merthur moment did Jess have the naughtiest thoughts about? First of all, I know she’s geeked by the fact that Arthur almost recognizes Merlin when he’s pretending to be Dragoon the Great. Second, I know for a fact that she loves the scene where Merlin, as Dragoon in disguise, tells off Arthur for treating his servant badly.

That’s it for this week. Join us next week for S03E11, “The Sorcerer’s Shadow,” Monday,  8pm EST on the hashtag #MerlinClub.